11 People Who Operated on Themselves | Mental Floss 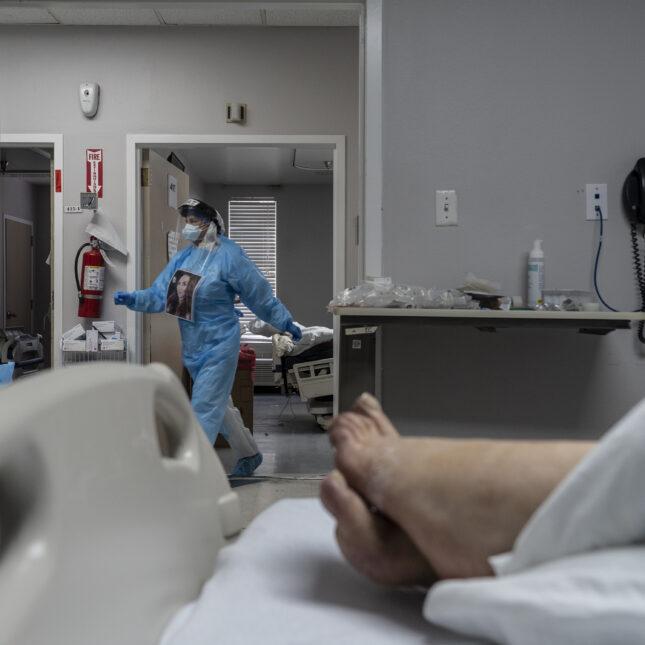 11 People Who Operated on Themselves | Mental Floss

“If you want something done right, do it yourself” is an old adage that doesn’t seem like it would apply to major surgery. For a handful of people, however, the notion of cutting themselves open to relieve a condition seemed like a good idea at the time. Take a look at some of history’s auto-surgical pioneers.

Leonid Rogozov stands as one of the most daring surgeons to ever have himself for a patient. While on a 12-person Soviet expedition in the Antarctic in April 1961, the 27-year-old began feeling ill. Thanks to a pain in his right abdomen, he realized it was appendicitis—a condition that typically requires swift removal of the appendix. With no flights or travel possible due to weather, Rogozov, the only physician on the trip, was faced with just one solution: Remove the organ himself.

It was no easy decision. “I did not sleep at all last night,” he wrote in his journal. “It hurts like the devil! A snowstorm whipping through my soul, wailing like a hundred jackals. Still no obvious symptoms that perforation is imminent, but an oppressive feeling of foreboding hangs over me … This is it … I have to think through the only possible way out: to operate on myself … It’s almost impossible … but I can’t just fold my arms and give up.”

After securing the approval of his superiors, the surgeon enlisted his fellow explorers as surgical assistants and numbed himself with a local anesthetic. Rogozov plunged a scalpel into himself, going by feel rather than sight, and was forced to rest every few minutes to avoid blacking out. Finally, after two hours, he removed the inflamed appendix and closed his own wound. He survived and was treated to a hero's welcome upon his arrival back home. Some countries, like Australia, have since mandated that physicians headed for the Antarctic have their appendix removed via elective surgery before traveling there.

A congressman from New York and a man about town in the 1770s, Gouverneur Morris was a Founding Father who had a hand in polishing the U.S. Constitution. After a storied political career, Morris found himself somewhat infirm. Camped out at his home in 1816, he grew concerned over his difficulty urinating and decided he could clear any potential blockage by inserting a slim piece of whale bone (likely borrowed from his wife's corset) into his urethra, which may have been what passed for common sense at the time. Despite what was undoubtedly a sure and steady hand, it turns out that jamming animal bones into your penis can lead to poor outcomes. Morris developed an infection and succumbed shortly thereafter.

In 2003, 27-year-old climber Aron Ralston was exploring a canyon in Utah when a boulder dislodged itself and trapped his right arm to the wall. With no phone reception—and no phone—and precious little to eat or drink, he decided to take the matter into his one free hand and slowly sever his trapped arm using a pocket knife. He was forced to bend and break his bones to complete the job; decomposition gases hissed from his wounds as he sliced.

“The detachment had already happened in my mind,” he told The Guardian in 2010. “It's rubbish, it's going to kill you, get rid of it Aron. It's an ‘it.’ It's no longer my arm. As I picked up the knife, I was very cool and collected.”

Once the arm was cut, Ralston used his climbing gear as a tourniquet and climbed the 65 feet up and out of the canyon. 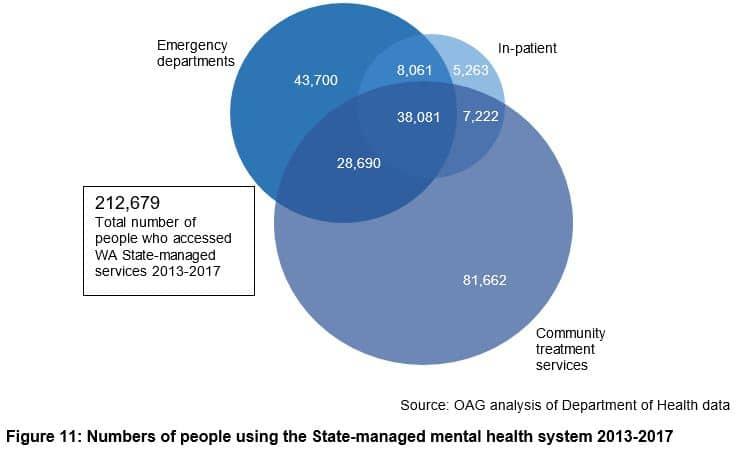 The harrowing experience, which Ralston survived, became the subject of the 2010 movie 127 Hours, named for the amount of time Ralston was stuck under the boulder before he managed to free himself.

Imagine the pain of bladder stones, those calcified blocks of debris that are sometimes passed through the urethra. Now imagine having them dug out through brutal means in the 1800s. The procedure at the time, known as a lithotomy, was notorious for its high mortality rate, so rather than sit for another horrific operation, surgeon Charles-Auguste Clever de Maldigny opted to relieve his umpteenth bout of stones himself with a technique that was apparently less unpleasant than what he had experienced before.

With the help of a mirror, he made an incision just above his pelvic bone, sliced into his bladder, and pulled out a walnut-sized stone that had apparently formed around a surgical sponge that doctors left in during one of the previous operations. It was a triumph inasmuch as he didn't die. (Though when the stones returned years later, de Maldigny opted to have someone else remove them using a new, and less invasive, procedure called a lithotripsy.)

While working on his farm near Pender, Nebraska, in 2019, 63-year-old Kurtis Kaser accidentally got his leg caught in a grain auger. The device began to consume his left foot and threatened to mutilate more of him if he didn’t act quickly. Kaser used his pocket knife to cut off the remains of his leg, then crawled on his elbows for hundreds of feet to get to a phone. At the hospital, the staff performed a “clean” amputation between his knee and ankle. Kaser used the ensuing press attention to remind people to “take time and think” when in a precarious situation.

In March of 2000, a pregnant woman named Ines Ramirez Perez found herself with an unborn baby urgently trying to make its way into the world. She had no phone at her home in southern Mexico, and no way of traversing the 50 miles to the nearest clinic. Rather than risk the baby’s life, she cut into her own midsection with a knife to pull the baby boy out. Because she was sitting forward, she reduced the chance of cutting into her own intestines. She sent her oldest son for help and later received medical attention for her wound. Her story amazed clinicians, who believe her to be the only woman to perform and survive her own cesarean section.

From the start, UK native Amanda Feilding was interested in how to access deeper parts of her consciousness. Before she arrived at what she considered an answer—the effects of LSD—she experimented with other methods of brain alignment, including trepanation, which is the act of drilling a hole into the skull. In 1970, Feilding decided to perform the procedure on herself in order to increase blood circulation to the brain despite a lack of medical evidence. She recorded herself as she drilled a hole in her forehead, blood spurting from the wound she had numbed with a local anesthetic. (The footage was screened at Suydam Gallery in New York in 1978 and caused audience members to faint.) She later told Wired in 2018 that she had no regrets about it and implored the scientific community to research it further. She even underwent trepanation a second time, albeit with someone else doing the drilling.

The next time you stub your toe, think twice before you have a dramatic reaction and instead consider the case of Peter Freuchen. The Arctic explorer had set up camp in a frozen tundra in 1926 when he decided to turn back for supplies—but getting back to base was no easy task after a storm kicked in. Snowblind and stranded for three days, Freuchen dug a trench and covered it with his sled to have some shelter. When he woke, he managed to make it back to camp, though his left foot was critically injured, likely from frostbite. When it thawed, the pain was so intense Freuchen had it re-frozen. With no actual medical care available and gangrene setting in, Freuchen amputated his toes with a nail-puller and a hammer. When he returned to civilization, the foot had to come off—this time under proper surgical supervision.

This might not even be the most remarkable moment of Freuchen’s career. He also claimed to have been trapped in another snow pit and decided to use his own frozen feces to craft a makeshift chisel in order to tunnel his way out. “I moved my bowels and from the excrement I managed to fashion a chisel-like instrument which I left to freeze,” he wrote .”At last I decided to try my chisel and it worked.” These two stories are sometimes conflated, with Freuchen crafting a "poop knife" in order to sever his toes. Sadly, no real evidence of a story that incredible exists.

While many cases of self-surgery arise out of urgency, Ohio surgeon Mohab Foad opted to operate on his own hand merely out of curiosity. He arrived for the scheduled surgery to repair a torn ligament in August 2021, but once he was injected with a local anesthetic, he began feeling like his numbed appendage was almost disconnected from the rest of his body. He later told The Cincinnati Enquirer that "It really was a lot like it wasn't my thumb, it was anybody else's" and decided to just request a scalpel and operate on himself. Foad then exchanged surgical steps with a colleague before being sutured up.

In 1998, Viktor Yazykov was competing in a solo sailing contest that tasks contestants with traveling 27,000 miles around the world in nine months. That's plenty challenging on its own, but then emergency struck. In the middle of the South Atlantic, Yazykov injured his right elbow and grew concerned when it began showing signs of serious infection. When it didn’t resolve, Yazykov reached out via email to Boston surgeon Daniel Carlin, who was on call as the race’s doctor.

Yazykov told Carlin his arm felt “dead” and “like a pillow with some liquid inside.” Carlin emailed him step-by-step instructions on how to puncture and drain the abscess, though he couldn’t take him through it in real-time—the sun had gone down when Yazykov began the procedure, cutting off access to his solar-powered communication equipment. With the emergency tools provided to each competitor by the World Clinic (two scalpels, gloves, iodine, a scrub, and cotton gauze) he got to work.

It turned out that puncturing the abscess wasn't the issue; the real danger came from the fact that Yazykov experienced heavy bleeding, partly due to some aspirin he had taken that thinned his blood. He made a tourniquet from bungee cords to stop the bleeding at one point, but that could have potentially made matters worse: If the communications didn't go offline, Carlin would have told him the tourniquet was just going to cut the blood supply off to his arm completely and cause him to lose it.

When the communication was back up, Carlin instructed him to instead apply direct pressure to the wound to help stop the bleeding. Yazykov wound up recovering and continued on with the race. It may have helped that Yazykov was once a Russian Special Forces commando and prone to keeping his cool in tense situations.

While Dr. Evan O'Neill Kane shares self-appendectomy humblebragging rights with Leonid Rogozov, he didn’t stop with just one measly organ. A Pennsylvania surgeon active in the early 20th century, Kane also amputated his own infected finger, and, at age 70, repaired his own hernia. The appendectomy was to determine whether surgeries could be safely performed with local anesthetic rather than general for people who had preexisting conditions and were an anesthesia risk. The finger and hernia? That was apparently Doctor Kane just being a show-off.