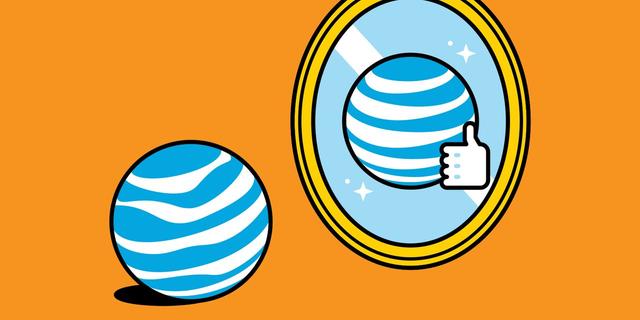 Under new CEO John Stankey, AT&T has slimmed down. AT&T spun off DirecTV and other pay-TV assets, and sold its Xandr advertising platform to Microsoft. With WarnerMedia gone in the second quarter, management can focus on 5G wireless and fiberoptic broadband: high fixed-cost businesses with attractive economies of scale and recurring subscription revenue.

Shedding its conglomerate structure won’t make challenges evaporate for AT&T. Competition is growing, especially as subscriber growth slows after a pandemic boost. AT&T must spend to grow its 5G C-band network to 200 million Americans by the end of 2023, and reach 30 million homes and businesses with its fiber network by the end of 2025.

Post–WarnerMedia, AT&T will have $20 billion of annual free cash flow. According to management, 40% of that, or $8 billion, will go toward a smaller dividend (for more on AT&T’s new dividend, see this week’s Income Investing column). This year, it can spend $24 billion on capital investments. And some of the $43 billion from the WarnerMedia transaction will go to pay down debt. That won’t leave a lot for big-time M&A.

Stocks opened the week as they finished the Friday before: rallying. Oil rose. OPEC+ lifted output goals, despite struggling to meet old goals. Volatility lingered, but stocks rose_until Meta Platforms led stocks down. Fourth-quarter productivity hit 6.6%; and 467,000 new jobs in January again wrong-footed forecasters. On the week, the Dow industrials rose 1%, to 35,089.74; the S&P 500 gained 1.5%, to 4500.53; and the Nasdaq Composite advanced 2.4%, to 14,098.01.

And there were earnings to ponder. Alphabet beat expectations, while splitting the stock 20 to 1. Exxon Mobil rode oil prices to the highest profits since 2014. General Motors had higher earnings, but Ford Motor hit a pothole. PayPal Holdings and Meta Platforms posted weaker earnings and poor outlooks, and shares got crushed, with Meta shedding some $250 billion in value, a record. Amazon.com soared on AWS and a Prime price increase. Spider-Man fueled Sony profits.

Spotify on the Spot

Then there was Spotify Technology. The audio streamer was struggling to contain an artist’s boycott launched by rocker Neil Young, objected to what they viewed as podcaster Joe Rogan’s anti-vaccine sentiments. Then, beset by soft subscriber numbers, the stock fell 23%.

The U.S. and its NATO allies prepared sanctions against Russian President Vladimir Putin and his inner circle. At the U.N., Russia denied an invasion was forthcoming and accused the U.S. of “fearmongering.” Ukraine arrested a group said to be preparing to instigate pro-Russian riots, the U.S. sent 3,000 troops to Europe and accused Russia of preparing a Wag the Dog-like pretext for invasion. Putin said the West was luring Russia into war.

A Raid in Syria

Elliott Management and Vista Equity Partners agreed to pay an all-cash $16.4 billion, including debt, for cloud-computing company Citrix Systems….Sony is buying Bungie, the videogame maker of Halo and Destiny, for $3.6 billon…AT&T choose to spin off rather than split off its WarnerMedia unit into Discovery. AT&T shareholders will own 71% of Discovery, while AT&T will cut its dividend nearly in half…Cevian Capital took an undisclosed stake in U.K. telecom Vodafone, calling for board changes and acquisitions… Blackstone and Carlyle emerged as possible bidders for Novartis’ Sandoz generics business. Novartis has been considering options for the $25 billion business...Bloomberg reported the antitrust review of Microsoft’s deal for Activision Blizzard may go to the Federal Trade Commission.

Write to Nicholas Jasinski at nicholas.jasinski@barrons.com