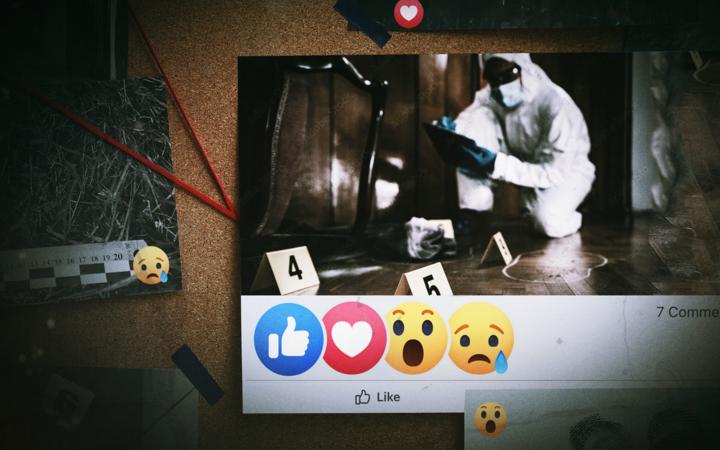 In one photo posted on Crime Scene Cleaners' Facebook and Instagram in 2020, a smiling staff member held a piece of human bone out to the camera, after being called out to clean a train that had hit and killed the person.

The caption said the staff member was “very happy with his find”.

In September 2020, the business chose a photo of decomposing remains to be the page's cover photo – the first thing people see when they go to a Facebook page.

RNZ has chosen not to republish the images, but, on Facebook alone, counted photos of the aftermath of 15 unattended deaths, two suspected suicides, five attempted suicides or instances of self-harm, five assaults and three other assaults explicitly listed as domestic violence, as well as two photos showing human remains being cleaned off trains.

The most recent was posted in late October and was a photo of a blood-spattered ceiling, with the caption indicating it was the scene of a suicide.

Some photos have shown identifying features of properties and sometimes in the comment section underneath, the business' account listed the suburb or town and the method or cause of death or near-death, a possible breach of the Coroner's Act. The Coroner's Act bans people from publicly calling a death suicide until a coroner has determined the death was self-inflicted. It also bans people from making the method of suicide public.

Crime Scene Cleaning co-owner and manager Carl Loader said graphic pictures from the scenes were posted because it was a matter of “public awareness”.

The Ministry of Justice confirmed three payments had also been made to the business, in 2017, through the Victim Assistance Scheme.

Crime Scene Cleaners has said in Facebook posts that New Zealand Police and the Ministry of Social Development have paid for cleans too, but these agencies would not confirm this to RNZ, instead saying an Official Information Act request – which can take up to 20 working days – was necessary.

Crime Scene Cleaners helped clean Al Noor mosque after the 2019 terrorist attacks, but Loader told RNZ photos were not taken in the mosque because staff were asked not to have phones onsite.

Loader has 30 staff and cleans often cost thousands of dollars.

He said 25 per cent of his business came from private clients, and the other 75 per cent from publicly funded services and enterprises, or insurance claims.

The business has clients across the country, from the South Island right up to Northland.

Loader said sometimes clients had properties blessed after a clean, to cater for customs like tikanga Māori.

When asked if the families connected to the trauma cleans were asked permission before photos were posted, Loader said for most family members “they wouldn't know because they haven't been on the scene”.

“They wouldn't know what it was, what job it was.”

He said “there have been several occasions where the people have given consent for them to be used” but “that was a long time ago”.

“We just put the lighter work we do as to put anything really bad on there would be detrimental to everybody,” he said.

Some people, however, had commented on the photos, saying they were triggering.

Other online commenters have questioned how disturbing photos came up in their newsfeeds.

When told such posts could appear on a Facebook user's news feed (unless the user had already blocked the account's posts, or the user was under 18) even if they didn't follow the account, he said he was sure Facebook was policing it.

“If it was something of a really bad nature, I'm sure Facebook or some other department would contact us,” he said.

After posting some photos, the business commented underneath, offering criticisms of caregivers, government services, and people linked to cleans the business had done.

Another, in June 2020, called some tenants “feral savages”. 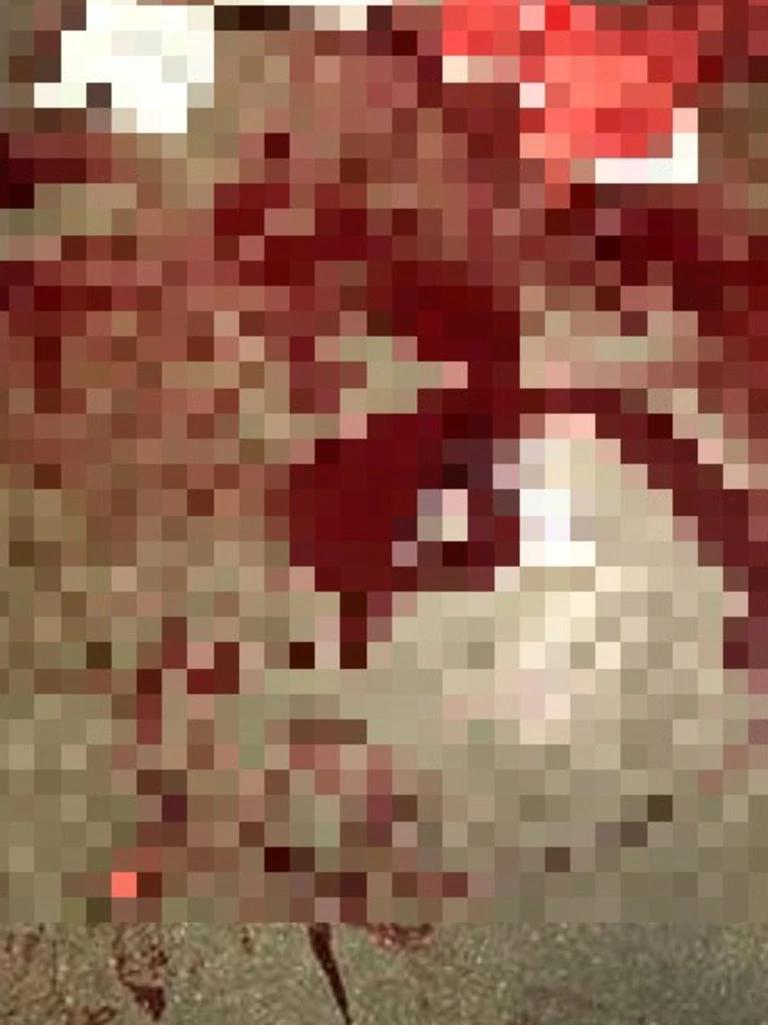 Asked if such comments were appropriate, when the business has contracts with central and local government-led organisations, Loader said, “We need to encourage public awareness of how we're living.”

RNZ also asked if he thought the business' posts could have breached suppression laws and confidentiality policies during police and coronial investigations.

Although Loader said he wasn't “really familiar” with what Crime Scene Cleaners was putting on Facebook, he was confident police would “definitely” know.

“They haven't told me they're aware of it but obviously they would, they would look at it.”

He had a hoarding problem and when he died, she brought in Crime Scene Cleaners to clear his home.

The woman said the house was “completely” identifiable in the pictures – there were even photos of her as a girl, on the mantelpiece, in the shots.

She said she never gave permission for photos to be taken or posted, and there was no mention of the business using photos for marketing purposes in the terms of trade she signed and provided to RNZ.

When the house went on the market, people recognised the property from the pictures online, she said.

She was already “incredibly stressed” mourning her father and arranging his funeral, and the photos were “devastating on another level”.

She thought Loader's argument – that families wouldn't be able to identify photos connected to their loved ones – was “bull....”.

“It's such a weak, weak excuse for doing something bad. The photo should not be public anyway. You're defending the defenceless.”

A spokesperson for the state-owned enterprise said “permission will never be given for the kinds of images they currently display” and KiwiRail told the business not to post anything without permission.

KiwiRail said it was assured by Crime Scene Cleaners the posts were removed.

He said images depicting scenes of suicide could encourage suicidality in others.

“I cannot fathom any rationale for [them] and it needs to stop immediately. This is actually putting people at considerable risk. At the very least, it's really traumatising people who have been affected by these tragedies.”

His family used trauma cleaning services after his brother died by suicide.

“I would be horrified if photographs of that were made public.”

Robinson said there were many other ways the business could promote themselves “without having to cross this line and into really what is re-traumatising and quite, quite unnecessary and disgusting imagery”.

He believed publicly funded organisations, in particular, should rethink contracts with the company.

“Agencies need to think about the behaviour of people in their supply chains.”

He was also concerned Crime Scene Cleaners had breached the Coroners Act.

RNZ asked the Office of the Chief Coroner if it was aware of the posts, and if they breached laws or policies.

Deputy Chief Coroner Anna Tutton said the office was “considering” whether non-publication orders had been breached.

“They do not have permission to use our logo. We are going to request they remove it.”

After being contacted by RNZ, Loader said he would review the Facebook posts.

The business temporarily deactivated its page over a weekend, then restored it last week, after removing some death-related posts and adding a new post that read: “Warning: Some images may be graphic.”

The page's 'about section' reads: “No scene is too extreme! We are specialists in forensic decontamination and remediation. The more stomach churning – the more we like it!”

In a statement to RNZ, a spokesperson for Meta, which owns Facebook, said: “We add a warning label to especially graphic or violent content so that it is not available to people under the age of 18 and so people are aware of the graphic of violent nature before they click it.”

Where to get help