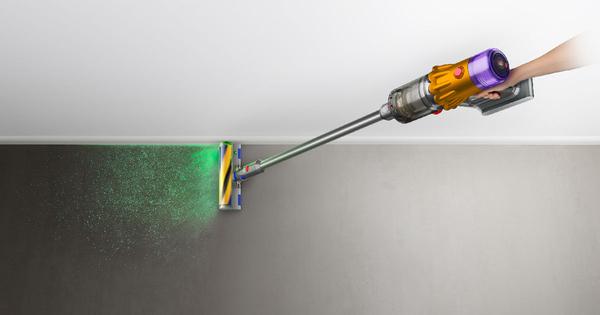 British home appliance maker Dyson on Monday announced the launch of its new generation of cord-free vacuum cleaner in India - the Dyson V12 Detect Slim at Rs 58,900. Engineered to detect hidden dust as small as 10 microns and equipped with an acoustic piezo sensor to enable scientific proof of what's been sucked up, this new Dyson technology will redefine deep cleaning in Indian households, the company claims.

"As engineers our job is to solve daily problems, and the past few months has created plenty of new ones with more time spent indoors. We are all cleaning more frequently, trying to remove the additional house dust but desperate for peace of mind that our homes are truly clean," James Dyson, Chief Engineer and Founder said in a statement. 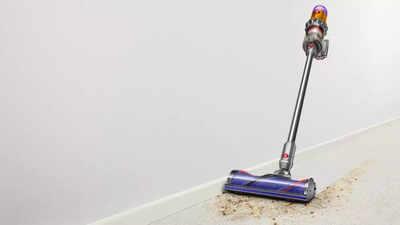 "The new Dyson V12 Detect Slim uses adapted laser technology to reveal hidden dust, integrating a diode laser into the cleaner head that is precisely positioned at a 1.5-degree angle, 7.3mm off the ground to create the best contrast between dust and floor. We don’t think detection is enough, so we remove and meticulously size and count the particles 15,000 times a second using an acoustic piezo sensor which converts vibrations into electrical signals, precisely displaying the size and the number of particles sucked up on an LCD at the back of the vacuum," James Dyson further added.

Developed by a team of 370 engineers globally, this latest vacuum uses a Dyson Hyperdymium motor which generates up to 150 air watts of powerful suction and 5-stage filtration captures 99.99 per cent of dust particles down to 0.3 microns for a powerful deep clean.

Understanding that now more than ever people want more hygienic homes, Dyson engineers set about developing a technology that enables the user to measure the dust it detects and then displays it on an LCD screen for real time scientific proof of a deep clean.

The dust size and quantity are shown on the in-built LCD screen, so the user can see how much dust the vacuum has removed, as well as the different sizes of particles and deliver scientific proof of a deep clean. The product is available at Dyson.in and Dyson Demo stores.