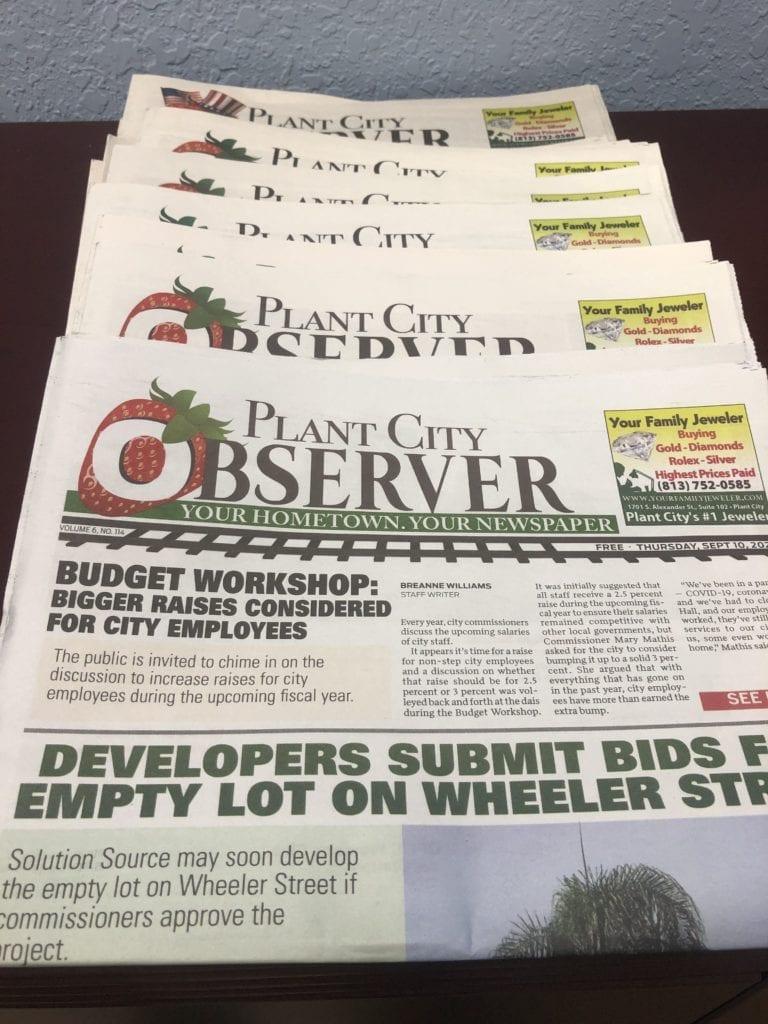 While there are those who take the college route to transition into a career, others may want to jump right into one, and those options were explored during the Future Career Academy field trip, on Thursday, Feb. 3.

Students from the Durant, Plant City, and Strawberry Crest high schools as well as the Simmons Career Acceleration Academy, spent the day touring and learning about various Plant City establishments.

It was an effort to show students on the verge of graduation that their town has much to offer with prosperous jobs that don’t require a college or technical school diploma.

Jake Austin is the president and CEO of the Plant City Economic Development Corporation (EDC).The EDC partners with the Future Career Academy, and other entities, to put together these yearly field trips. Austin was one of many chaperones who tagged along with students, offering words of wisdom.

He was with students from the Simmons Academy, and they had three businesses to visit – the Stingray Chevrolet car dealership being the first.

On the way to their destination, Austin pointed out the bus windows to different establishments and described their functions so the kids could keep those on their radar.

“Both parents and kids have no idea what’s in their own backyard,” he said. “[It’s] just getting people out of this mindset [that] you absolutely have to go to college to be successful. It’s just not true.”

He added that there are opportunities to prosper at a place like Stingray Chevrolet.

At an entry level position, employees can make $12 or $13 an hour with the potential of being promoted in-house and transferring to different departments. The dealership can hold approximately 1,000 vehicles and can sell upwards of 300 new vehicles per month.

Stingray Chevrolet is also well-known outside of Florida, as it is No. 7 in Corvette sales and is the 22nd largest dealership in the country.

Justin Lawson is a service director at the dealership and gave the high school kids a tour of the two-story facility.

“We had somebody in the body shop that started by cleaning floors, emptying trash, moved his way up, and he had about five promotions within five to six years, and is making $100,000 [annually,]” Lawson said.

Depending on the department, an employee may see a substantial growth in income in a shorter period of time.

Austin noted that it’s common for someone in the sales department to reach a six-figure income within a year.

Students got to see the daily routines of other departments including parts, the body shop, and the accounting office.

That same month, it donated a car to a woman who had little to no transportation in getting to work.

During this year’s Florida Strawberry Festival, Stingray will have a Corvette ready to give away during a raffle drawing.

“It’s fun,” Lawson said. “You get to come to work each day and not just have to sit at a desk and do a job, but you get to have fun.”

Students also learned that being an insurance agent has its perks – especially at Network Transaction Solutions.

This agency falls under the umbrella of the Florida Agency Network. It offers title insurance which protects new homeowners from any financial burdens when purchasing new property.

Andrea Somers is the operations manager at Network Transaction Solutions, who took the time to speak with the kids. 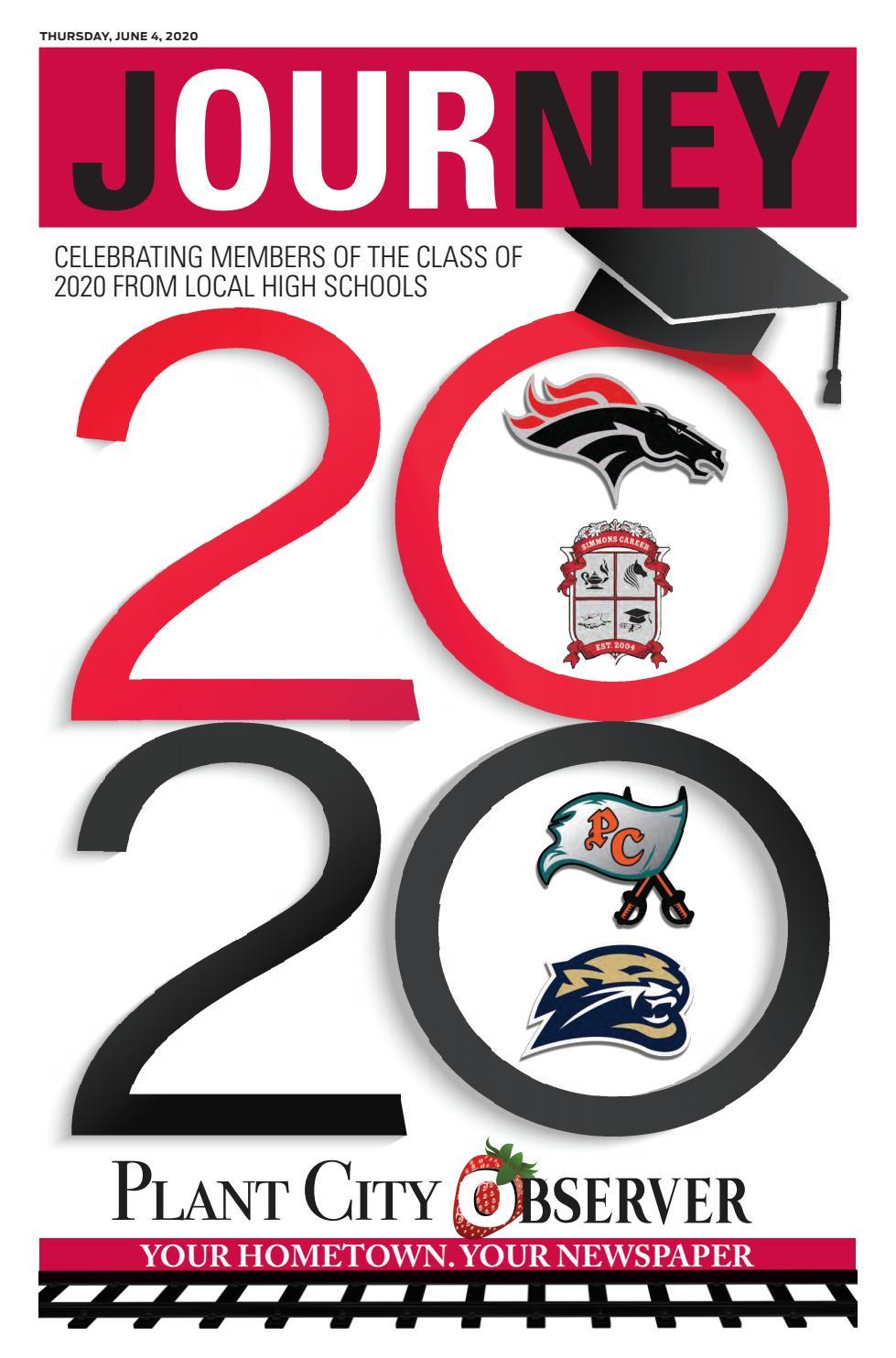 “What we’re doing when we issue title insurance, is we’ve done all that research on this property,” Somers said. “We’ve made sure that if that owner who had it before, [and] didn’t pay their taxes, are taking care of it. We also want to make sure the person who’s selling it to you owns it.”

Applicants must have at least a high school diploma or GED, but no prior work history is required. The agency also does a background check to make sure that the applicant did not commit any felonies.

Somers said that she’s more interested in a face-to-face interview. By doing so, she can tell if the applicant is interested in the position based on their attitude and how they dress.

She went on to say, “If somebody is doing really well and we’re super impressed, we won’t wait a year to give you a raise, we bring you and say ‘we want to keep you. We’re going to give you more money to stay.’”

And not all transactions are done in person. Sometimes business deals are finalized over Zoom calls.

At an entry level position, employees can make $12 to $13 per hour.

After 90 days, they undergo a review and have the opportunity to receive monthly bouses, with the potential of making a six-figure salary down the line. Employees also receive benefits such as a 401k and health insurance.

“We like to have fun, but we work very hard too,” Somers said. “We’re team-oriented. We’re not going to leave one team member behind who’s hanging while the rest of us go home.”

Hillsborough Title also is under the Florida Agency Network umbrella.

This is where closing the deals occurs.

The customer service representative is an entry level position. The job description is not only acting as a receptionist, but taking contracts and deposits, and filing them.

A customer service representative can climb up the ladder, becoming a notary, signing documents, and closing real estate deals.

For those looking for a more blue-collar, industrial field, a tour around the newly-built ACE Distribution Center may have sparked an interest.

It was the final destination for the Simmons students. Spanning over 700,000 square feet, the facility houses many tools and power equipment that are shipped out to its various department stores.

Employees are trained on site, start at $15 per hour and don’t need to have prior experience.

Some of the job descriptions include transporting heavy equipment with the use of a forklift, stocking shelves, keeping track of inventory, and loading trucks.

Workers receive a 401k, as well as health and dental insurance.

For those who go to school while working there, they can take part in the tuition reimbursement program, which helps students pay for their schooling.

Between tours, students went to the Plant City Stadium for lunch and were also met by many in the community that filled the bleachers.

Plant City City Manager Bill McDaniel presented different Plant City departments, so the students could get an idea of what is required for each position.

One by one, representatives from departments came to the stage to give a detailed description of what it is they do and offer their personal success stories.

On the field, departments rolled out their city trucks, SUVs, cars, and equipment, allowing students to check out each and ask questions.

They had the opportunity to learn about different institutions at tables representing Hillsborough Community College, Apprentice Florida, and Altierus Career College, among others.

“There are so many great career paths available to you right here in the Plant City area,” McDaniel said. “You can stay right here in your hometown and build a successful future.”