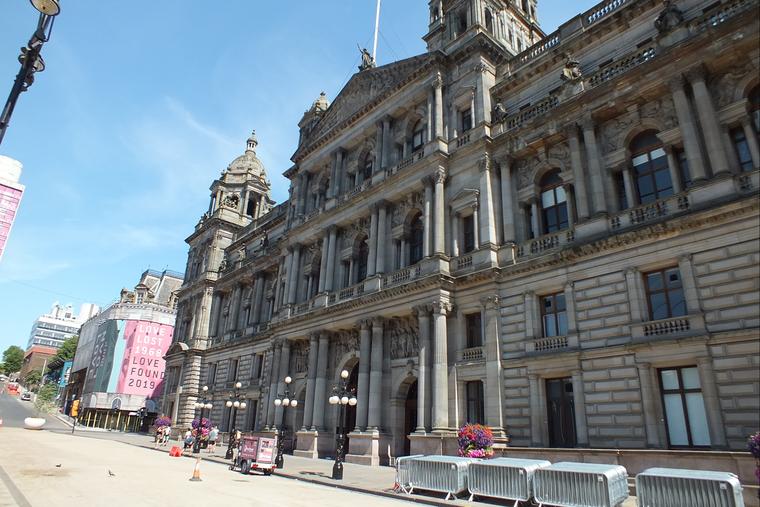 Glasgow’s bin staff and street cleaners are being forced to look for second jobs to pay the bills, with some on the verge of turning to foodbanks to help their families survive.

Union officials warned that workers were struggling, after a council worker estimated cleansing staff would have only £300 of their salary left per month for food, travel and essentials after paying for rent, electric and council tax.

GMB union convenor Chris Mitchell said he has taken calls from staff saying they can’ t pay the bus or train fare to get to work.

HGV driver and GMB shop steward Barry McAreavey tweeted about the budgeting situation facing workers as the cost of gas and electric rises and inflation rockets.

He tweeted about the cost of living and pointed out there isn’t much left after paying Glasgow’s ‘average rent of £650 per month’ and ‘gas or electricity at £100 per month minimum (wearing onesies to bed)’ as well as council tax.

He said: “This leaves a Glasgow road sweeper or bin worker with approximately £300 to put bread on the table for four weeks. Imagine if they had families to keep.”

He said his estimations did not include mobile phone bills, house insurance, bus fares, debt management and others.

Refuse and cleaning union convenor Mr Mitchell said a refuse collector and a road sweeper both get around £10 an hour, and called for a pay rise in line with the cost of living.

He said: “We are in a low paid bracket. We earn under £25,000 (annually). People have mortgages and families.

“When you look at the wages of workers they are left with nothing – it is workplace poverty. Some of our workers will go to the Foodbank. Some of our members are coming to us having to take on second employment just to live. I have members looking at jobs in McDonalds to make up the wages at the end of the month. Rail and bus fares have gone up – staff can’t afford to get to work.”

A Glasgow City Council spokesman said: “Pay awards are negotiated nationally by COSLA and the joint trades unions. These have, typically, been consistently above inflation in recent years for staff at lower grades.”

A COSLA deal in April last year saw workers get a 4.7 per cent pay rise while UK inflation was much lower.

But UK inflation has now reached its highest rate for 30 years recording a 5.4 per cent rise in the 12 months to December. Average household gas and electricity bills are due to increase by £693 per year from April 1. National Insurance contributions are also due to go up starting in April with an employee earning £20,000 annually having to pay an extra £130 per year. National insurance is due to rise by 1.25 percentage points for workers and employers – and the money will go towards the NHS.