Gross reason you should be 'raking' your carpet before vacuuming, according to TikTok 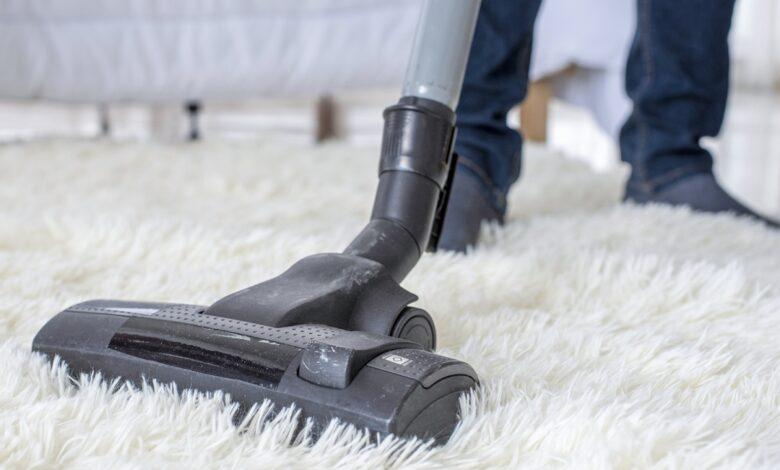 Gross reason you should be 'raking' your carpet before vacuuming, according to TikTok

Pausing every 10 minutes or so while you're vacuuming to remove hair from the vacuum head makes a tiring task even more annoying. But a professional cleaner has found a solution using an unlikely product that not only makes vacuuming easier but carpets cleaner.

Lisa, who goes by the name @cleanhappyco on TikTok, 'rakes' her floor using a hybrid squeegee broom before vacuuming. That squeegee head was hacked further by Lisa who switched out the original handle for a longer mop handle.

"I find it oddly satisfying to rake the hair off my floor before vacuuming," she captioned a TikTok video.

READ MORE: Simple ways to reduce dust in your home

The video shows the rake method picks up a stunning and rather gross amount of hair from the carpet. Lisa explained in a another video this stops the hair from clogging up your vacuum brush and nozzle.

The extra step likely means you'll use as much time raking as you would stopping to remove hair, plus the carpet will end up getting a better clean.

Lisa's video has been viewed a massive 3,600,000 times, which means it has clearly struck a chord with many people frustrated with the same problem.

"I've been getting down on all fours and using my hands for years…. You just changed the game for me," one wrote in the comments.

"There's a tool for this!? I'm over here using my slipper," another said.

The raking idea is especially good if there are people in your house with long hair. 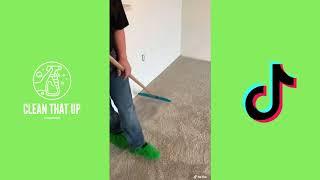 "I need this. I swear there's a Kardashian secretly living in my house, the hair just multiplies," a woman posted.

People had plenty of questions about the squeegee broom and the hack though, so Lisa answered them in a separate video.

One of the most common questions was about the squeegee Lisa used. She purchased hers from Amazon but there is an even easier option.

"You can also use a regular rubber rake and that would do the same thing for your carpet."

READ MORE: Disgusting reason why you need to give your vacuum cleaner a proper clean

Lisa was also asked about whether this works for pet hair but she admitted she couldn't answer that because she doesn't own a pet.

Fortunately, we have the answer: yes it does work on pet hair, which an Aussie woman discovered when she used a regular hand-held squeegee to collect dog hairs.

She found the squeegee picked up pet hair, blanket fibres and hair from the floor.

"I was honestly shocked with just how much was coming up because we do have a Dyson stick vacuum, which is used regularly — but it clearly doesn't get everything," Amy wrote.

"As someone who has hair that seems to shed as much as a family pet, it was disgusting yet satisfying to see how much of it was pulled up."

So whether you use a regular squeegee or rake-like option you'll be giving your carpet a much better clean than a vacuum alone. But choosing the rake option will probably be less physically tiring and better for people with bad backs than getting down on your hands and knees.