How Low Can You Go: MPs Start A Race To The Bottom Over Their Pay

How Low Can You Go: MPs Start A Race To The Bottom Over Their Pay

MPs in the debating chamber during Prime Minister's Questions in the House of Commons, London.

Ahead of Ipsa announcing its decision on whether it will recommend a pay increase for MPs after a year-long freeze, Kate Proctor looks at the thorny issue of MPs’ salaries and asks whether leaders are engaged in “mutual destruction” on pay rises to keep the public onside.

The amount MPs are paid for doing their job has become so controversial it is almost taboo to mention. “If I raise it, it’ll be on my opponent’s leaflet, won’t it? You just don’t talk about it. The only people that bring it up are on their last election and don’t give a monkey’s,” one Labour MP says, suggesting colleagues keep their heads down even though they’re fuming.

“You just get attacked online if you say MPs should be paid more,” they say, reflecting on the roughing up senior Tory Sir Peter Bottomley received after he suggested MPs’ pay was “grim”.

The pandemic and associated economic suffering put a stop to the pay rise structure that had been in place since 2015 and which pegged MP salary hikes to public sector earnings. This means MPs have had their basic pay frozen at £81,932 since 2020. It’s not a small salary by any means, more than twice the national average of around £31,000, but it is lower than a head teacher, a senior doctor and many who work in the legal profession.

The Independent Parliamentary Standards Authority (Ipsa) said at the time it was right to cancel the rise because it would be inconsistent with the experience of constituents, many of whom were struggling financially as a result of the pandemic.

This month the body will report back on whether there should be a salary increase from 2022 to 2023. Given public sector average earnings increased by 2.7 per cent, MPs were on track to receive a rise of more than £2,000. While Ipsa has warned it reserves the right to vary the amount until 2024 because of the pandemic, Labour leader Keir Starmer has said he does not believe a rise of this amount would be appropriate in the current climate.

“I think that MPs do not need a pay rise and we should all be saying we don’t need that pay rise and it shouldn’t go ahead,” he told The Guardian last month.

“The mechanism is independent but I think it’s for me, as leader of the opposition, to say I do not think we should have that pay rise.”

The Liberal Democrats went further, saying an increase now would be “shameful” while people are struggling. Boris Johnson has urged “restraint” from Ipsa over any recommended salary rise in the light of the current cost of living crisis, despite inflation running at 5.4 per cent.

The union Prospect has said a 3.1 per cent increase, the rate rumoured to be the suggestion from Ipsa, would be viewed negatively by civil servants who have pay increases capped at 2 per cent. And all this is against a background of wages going up in the private sector, with the year-on-year three-month average growth figure standing at 5.4 per cent after six years hovering between 2 per cent and 3.5 per cent.

MP sources tell The House that among those anticipating a rise, rather than a freeze, the expectation is the increase is likely to be anywhere between 1 per cent and 3 per cent, with the latter just below the pay deal secured for nurses. Between 2015 and 2020, annual increases varied between 1.3 and 3.1 per cent.

“You’re already getting the Prime Minister saying restraint should be shown, and Keir Starmer saying MPs shouldn’t get a pay increase, and you get this mutual destruction. It’s like, ‘We can go higher than you on what we think will play well with the public’,” says an MP, who did not wish to be named.

“One of the things that’s annoying people at the moment is we went through all that criticism about MPs voting for their own pay – though nine times out of 10 we voted for less than was recommended – and now it’s independent and based on average public sector increases. In theory that’s what happens, but obviously last year that didn’t happen. So, what will happen next year?

“People want to do this job, but they’ve told me they’re glad they’ve never done it because of the money and the scrutiny you endure,” the MP says.

The continuing reverberations from the 2009 expenses scandal means MPs are broadly still seen by many as undeserving of pay increases. The expenses furore unearthed a culture in which MPs felt able to – and, it is claimed, were even encouraged to – bolster their salary by using the taxpayer-funded expenses system. 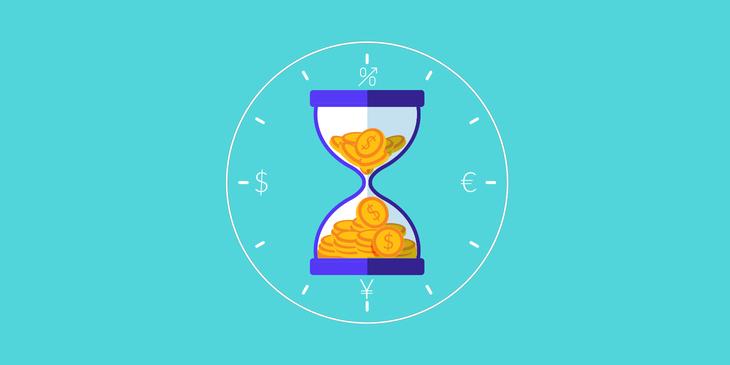 It emerged that second-home allowances had been used to fund costs including repairing a swimming pool boiler andeven cleaning a moat.

For decades, allowances had been subject to frequent increases as a means of bypassing the far more controversial salary aspect of their income, to the satisfaction of the public, who seemed to approve of the fact that annual increases often fell below those of average earnings.

Post-expenses scandal, Ipsa was formed as an independent body to ensure the setting and regulating of pay and expenses was taken out of the hands of MPs.

“It’s taken a decade for the jokes and the sarcastic comments to disappear, it’s only just starting to wane now,” one MP who was in the House at the time of the scandal says ruefully.

Bottomley, the Father of the House, suffered the wrath of social media when he suggested to the New Statesman that MPs should be paid more, perhaps on a par with GPs. Interviewed by The House he says he still believes the public sector-pegged pay increase system does not work well, and instead proposes that Ipsa sets pay at general elections to last a whole term, without increases.

On the size of the salary, Bottomley says: “A person who is less well-off or not earning, maybe a carer, or an employee in a shop, would get a significant increase if they became a Member of Parliament. [For] the person who is well-off, or a person of my age who doesn’t have mortgages or dependent children, the rate of pay doesn’t really matter.

“Then there’s a great group of people in between, and you start asking: what kind of people do you want in Parliament?

“I’m not saying every MP, at every stage of their life is worth it. I’m saying: what about those who are worth it?”

Bottomley makes the point that senior media figures who have used newspapers to lambast parliamentarians about salaries are often paid more than MPs.

A number of MPs take home more than the basic £81,932 salary, with cabinet ministers getting an additional £67,505, a minister of state receiving an extra £31,680, and a parliamentary under-secretary of state £22,475. Johnson as Prime Minister receives £75,440 on top of his MP salary. Select committee chairs also earn an additional wage of around £15,000 a year.

However, young back benchers new to Parliament, who haven’t earned a high salary previously, can find themselves within a significant new wage bracket as an MP and yet still unable to get on the housing ladder because they haven’t got a deposit. The bump in salary doesn’t always equate to security when it comes to home ownership.

Tory MP for Hazel Grove in Cheshire, William Wragg, explained in 2016 to ITV’s Granada Debate that he was part of the “boomerang generation” and had moved back in with his parents to try to save up for a deposit because he couldn’t afford to buy a home of his own.

Wragg trained as a primary school teacher with Teach First then spent two years as a parliamentary caseworker, with neither salary likely to have passed £30,000. The then-28-year-old said it would likely take him a few years to save enough for a deposit.

A spokesperson for Ipsa says data from the Office for National Statistics (ONS) as well as other relevant information will be taken into account when reaching a decision.

With no pay rise since 2020, all eyes are on Ipsa to see if it will hold its nerve and return to the pre-pandemic salary increase system. There will be two camps: noisy, outraged MPs livid there is an increase they just can’t sell to the public; and the silent ones, secretly deploring what they see as a descent into a Dutch auction to try to save face. Regardless of who wins, the debate on how to attract the right politicians rumbles on.

Get the inside track on what MPs and Peers are talking about. Sign up to The House's morning email for the latest insight and reaction from Parliamentarians, policy-makers and organisations.