Insider’s guide: Who does what in an F1 team? 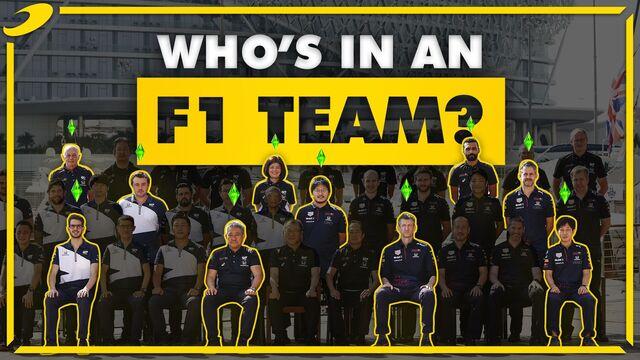 Insider’s guide: Who does what in an F1 team?

Listen to this article

An F1 team directly involves between 300 and 1,200 people, depending on whether it’s at the front or back of the grid, how much in-house manufacturing it does and whether it produces an engine or buys one in.

As Lewis Hamilton says almost every day, the people at the team’s headquarters in design, development and manufacturing and those at the track making the car go round are the heroes behind his success. This is who does what.

Winning in F1 is all about executing a highly tuned plan. The same applies to poker. See where your game plan can get you. Click here to start your game plan.

This is the lead role in the team and it requires a vast range of personality traits including determination, commitment, patience, chicanery, empathy and diplomacy.

Team principals not only oversee the operations at the track and the factory (an increasingly difficult job with 23 races) they are heavily involved in the politics of the sport, often leading top-level negotiations with the organisers and the FIA.

In the team, the buck stops here – although that is not always the case. Just ask ex-Renault chief Cyril Abiteboul, former Williams boss Simon Roberts or even Red Bull’s Christian Horner. There is always an owner looking on from above.

Like the team principal, this role is split between overseeing development at the factory and managing the operations at the track. Getting the right balance of time between each is key to success.

The technical director will oversee the early car development, steer its direction and is the ultimate decision maker on all technical aspects, albeit guided by the expert leaders from all the different departments.

It is often this person’s vision that makes or breaks a team and there are few bigger than Adrian Newey, who at Williams and then Red Bull commanded multi-million dollar salaries for his talent.

The sport has become known as the ‘travelling circus’ because of the number of people who travel to put on the show, and even the smaller teams have huge numbers of staff moving around the world to each event.

The two drivers are the focus of the race team and behind them there are around 75 people that travel to races to set up, run and, sometimes, repair the car and to analyse performance data to develop ways to improve it.

The head of race engineering, or equivalent, pulls the strings on the technical side with assistance from heads of departments such as strategists, mechanics and data analysts. There is also a sporting director, who manages the racing side.

Each driver has a number one mechanic, who is fully responsible for that car and all the mechanics that work on it, both when in the garage and on the grid preparing for the start.

Each mechanic is given their own specialist roles and some are also selected to perform certain roles in the pit stops. The car teams are also supported in the garage by the technicians, whose take on a variety of maintenance roles.

Also in the garage are the data analysts and the strategy team, but they are not just based at the track. Live track data is regularly sent back to the factory, where other members of the team feed it into simulations to predict race scenarios.

In this group, there is often the test and reserve driver or another top-level driver putting a virtual car through its paces around the track on the simulator, so that preparation is not only limited to the hours of real-life sessions.

Alongside the people involved with the car, there are huge numbers of others involved in setting up, taking down and running the show in the paddock and escorting VIPs and guests through the weekend.

The teams and guests are fed three meals each day in those motorhomes, and catering firms are often hired in on a long-term basis, as are security services, to keep the motorhome a sanctuary.

Then there’s the on-track marketing team, typically led by the director of communications, with a press officer for each driver, who is often seen standing alongside with a Dictaphone during any post-session interview.

The drivers have their own helpers too, most essentially their trainer who keeps them fit, hydrated and healthy. Some also have a mind coach, some bring a manager or agent, and others, like Hamilton, even sometimes bring a dog.

The team at the circuit is just the tip of the iceberg. Team headquarters have scaled enormously since F1 was born and they are now home to some of the brightest engineering talents on the planet. 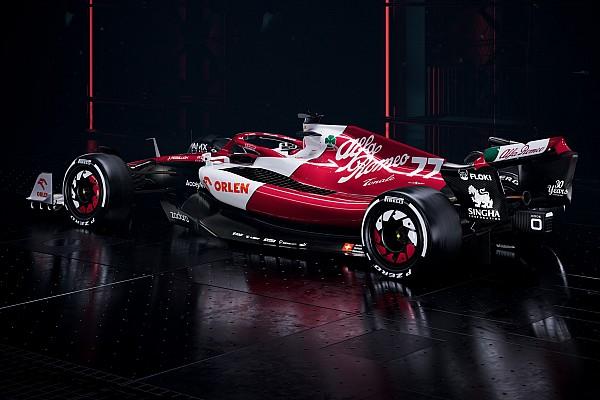 Led by the director of engineering, this massive department is in charge of conceptualising, designing and developing the car and performing certain testing such as CFD, computational stress analysis and wind tunnel running.

Working in F1 is so sought-after that the design office is filled with some of the brightest engineers in the world – a Masters degree is pretty much standard requirement, with PhD levels of education not unusual nowadays.

The teams are split into different sections, each of which is led by a head of department. In Mercedes’ case, there are 11 specialist departments, including simulation, materials, design, development, quality and reliability.

In some cases, these sections are then split into further sub teams, whose leaders report into the overall head. Aerodynamics, for example, is typically split into three or four sub-teams, each of which takes their turn in the wind tunnel.

There is an entire team dedicated to operating, maintaining and running the wind tunnel. At the front end of the grid, this covers everything needed to enable an aero sub-team to come in and out and focus on the data.

It’s the same in the simulator, which covers over 100,000 ‘virtual’ kilometres per year. Dedicated software engineers are there to modify settings and an operator sets up the testing programmes engineers require the driver to run through.

Teams manufacture parts all year round and while some outsource to supply chain companies, others operate a full manufacturing facility, with high spec machinery that is regularly updated.

The factory floor is run by the factory manager and teams that work in this area typically include machinists, who work in metal (or resin, when making parts for the wind tunnel model) and composite lay-up teams.

Engineers in this part of the factory are responsible for the incredible reliability that F1 enjoys in the modern era, ably assisted by high tech machinery such as single and multi-axis rigs that can replay the exact forces found in any track.

As well as dynamic test engineers and operators, there are engineers working on cutting edge materials analysis, modal analysis and environmental vibration, and some teams even have an in-house team designing bespoke rigs themselves.

This is a team of highly skilled mechanics that work on the cars away from the track, stripping them down when they return, cleaning them up, replacing parts that have passed their life limit and piecing them all back together again.

Not everyone who works in an F1 team is on the technical side, and although these non-performance aspects do not directly affect the results, they are some of the most important – as many of them revolve around money.

This often forgotten section of the team is actually the most important – because this is where the sponsorship deals are done to provide the cash to develop the car and enable the team to go racing.

The commercial director heads up the team, which includes a partnership acquisition sector, who source and seal the deals, and a partner liaison sector, whose job it is to nurture and grow those relationships.

The logistics are organised by a set of co-ordinators, with an overall head and different sub-teams each covering their own area such as team travel, freight movements, guests and facilities.

This is a mammoth task in itself, moving the cars, equipment and people between 23 different locations, with all the passports, carnets and paperwork that go with it.

The cars themselves are either driven or flown from circuit to circuit, but teams often have two or three sets of equipment and spares. One is always in use and the others are in transit by ship, to reduce airfreight costs for long-haul races.

The hospitality team is in charge of making sure everything goes smoothly in the paddock, that the important VIPs and partners are happy and that the quality of the experience is as premium as to be expected from an F1 team.

Led by the communications director, this department is all about telling the story the way the team wants to tell it. While the race comms team is away, the team back at base is making the cogs work and, sometimes, fighting fires.

The world of media has changed dramatically in recent years, and it is now far more varied than simply writing the odd press release, with staff ranging from video producers to social media advisors and optimisers.

There is often a dedicated creative team responsible for everything from car liveries to letterheads, because it is essential that the ‘look and feel’ is always on brand to portray a slick and professional team.

Each team will also typically hire its own photographer, who will either have enough dedicated work to keep them busy in that team alone, or will also operate as a commercial press photographer.