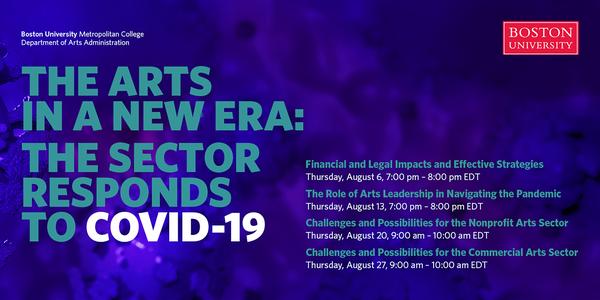 Gov. Phil Murphy of New Jersey announced this week that he wants to move “from pandemic to an endemic phase” in the fight against the coronavirus pandemic. It’s a noble thought. But Murphy left out a much-needed additional step.

We need to look back at what happened to America during the last two years as this virus crippled our nation. We need a special commission, modeled after the 9/11 Commission, to tell us what happened — and why.

We all know the statistics about COVID-19, of course. More than 912,000 of our fellow citizens have already died — with more to follow. By the end, we will likely surpass a million, experts say.

But how did we get to this place?

The story of America’s battle against the coronavirus has been battered by misinformation, falsehoods and the sickening poison of political partisanship. We know what Fox News and its gang of conspiracy theorists has done. But blaming the nation’s ultra-right misses the full story.

COVID-19 ravaged the nation during two presidential administrations — Donald Trump’s and Joe Biden’s. Both need to answer for what they have done and what they’ve missed. Indeed, more than half of the 912,000 COVID-19 fatalities occurred since Biden took office in January 2021. And that death toll expanded as vaccines were promoted.

At least three bills have been circulated in Congress to create a 9/11-style commission to assess the nation’s response to the coronavirus. The first proposal last June, by Sen. Bob Menendez, the New Jersey Democrat, and Sen. Susan Collins, the Maine Republican, seemed stuck in legislative mud, with many Republicans reluctant to jump on board because they felt the commission would focus too much on the missteps of Trump administration.

But now that Biden and his Democratic administration have had time to stumble, more Republicans appear more willing to support a commission. Such is the way of politics in these divisive times.

The most recent proposal for a Congressional-appointed COVID study group, which reportedly has gained significant bipartisan support in Congress, interestingly does not refer to the effort as a “commission.” Such a term reportedly took on a charged political connotation after Democrats proposed a “commission” last year to investigate the Jan. 6, 2021 attack on the U.S. Capitol. So the latest proposed legislation, championed by Sen. Patty Murray, the Democrat from Washington, and Sen. Richard Burr, the Republican from North Carolina, refers to the investigative body as a “task force.” Again, such is the way of politics in these divisive times.

No matter, however. The Murray-Burr proposal is nearly identical to one proposed late last year by Sen. Kirsten Gillibrand, the Democrat from New York, and Sen. Roger Marshall, the Republican from Kansas who is also a physician.

What’s interesting here is that all three proposals follow the template for the distinctly bipartisan 9/11 Commission which was chaired by former New Jersey Gov. Tom Kean.

The commission members would not be government employees. So no bomb-throwers and partisan hacks from Congress would be able to mess up the works. The members would include equal numbers of Democrats and Republicans.

But they need not be retired government officials. All the bills are proposing that members represent a variety of fields, from medicine to industry. The initial Menendez-Collins bill was more specific, suggesting that the task force should include “prominent Americans with expertise in government service, public health, commerce, scientific research, public administration, intelligence gathering, national security, and/or foreign affairs.”

That seems a good place to start. The proposed task force/commission would also have subpoena power. But Republicans and Democrats would each have to sign on to a subpoena — meaning that both sides would need to find common ground.(What a concept.)

The idea here is to frame this study in credibility, not partisanship. But what sort of road map should be drawn up? The battle against COVID-19 is complicated and multi-faceted. If the task force tries to dive into every rabbit hole of research, it will fail in its mission.

The good news is that one of the most influential staffers on the 9/11 Commission, Philip Zelikow, has already pulled together financing from foundations and formed a study group to examine the pandemic. Zelikow, a lawyer and professor at the University of Virginia with deep ties to the Bush administration, not only ran the day-to-day 9/11 Commission staff efforts, but he was the principal author of the best-selling Commission report.

Zelikow was Tom Kean’s alter-ego with the 9/11 Commission — trusted by the Democratic and Republican members. Congress ought to look to him again to lead the COVID-19 study.

Meanwhile, here are five broad areas of inquiry that the COVID-19 task force should tackle.

Surprisingly, this remains one of the most controversial questions of the pandemic. Most scientists believe the virus originated in China. But how? Why?

Many Republicans, backed by the conservative media, believe that the pandemic began with a leak of the virus from a laboratory run by the Chinese government. Democrats are reluctant to blame China.

China, meanwhile, isn’t saying much. And even when China tries to explain any aspect of the pandemic, it has as much credibility as Fox News.

So where’s the truth?

Remember Biden’s command that America’s intelligence agencies assemble the most reliable information on how the COVID-19 virus began? The task force could start there. But just as important, the task force has to assess and analyze the various questions that still haunt this issue of COVID-19’s origins.

We may not learn the full truth. But at least the task force might offer a litany of lessons learned and why politics clouded so much of this question.

Remember those early days? At first, we thought the virus might be confined to cruise ships and a nursing home or two. But then it started to spread.

We rushed to the grocery stores to stock up on cleaning products. Then we tried to find surgical masks — and discovered they were as rare as snow in July.

In short, we realized that the most technologically advanced nation in the world had ignored all sorts of warnings about stockpiling protective gear and other medical equipment. New York and New Jersey found themselves competing for protective gowns, gloves and masks — as well as ventilators for patients with the most serious symptoms of COVID-19.

Then we struggled to determine who was in charge of the national response. Was it the national Centers for Disease Control and Prevention and its gang of political appointees? Or was it Dr. Anthony Fauci of the National Institute of Allergy and Infectious Diseases. Or was it a mayor or county official?

As with the 9/11 attacks, when we learned that America’s multiple intelligence agencies were essentially not sharing information, we now need to ask whether the variety of national health agencies are too lost in their own bureaucracies.

Related to this problem is the lack of coordinated planning by local health officials and hospitals. As the virus spread, it seemed that our nation, with all its doctors, nurses and hospitals, was mired in chaos.

Why wasn’t our health system better prepared — with more coordination? How can we improve this in the uniquely American medical environment in which hospitals compete against each other for money, doctors and patients? 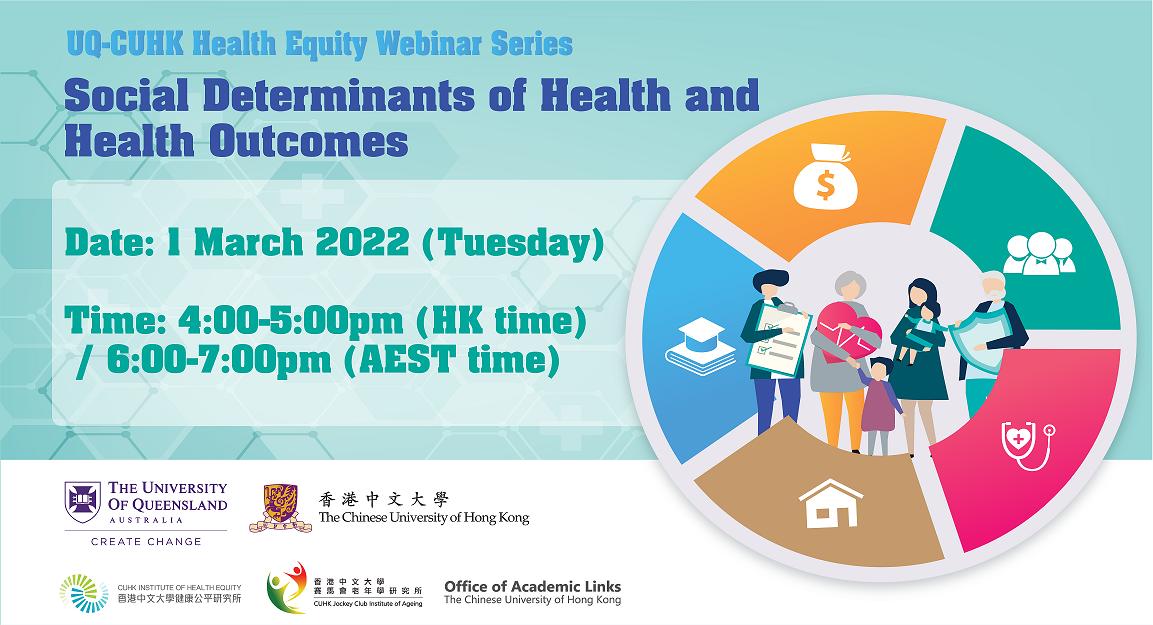 This may turn out to be the most controversial of all the topics that need to be explored.

Remember how Trump vacillated in his statements? Privately, Trump was telling journalist Bob Woodward that he worried deeply about the rising death toll. But publicly Trump was trying to promote a far more positive message that the nation might be back to normal by Easter.

That was just the beginning. By the summer of 2020, America was fighting over what drugs might work best, whether Fauci was misleading and whether Trump actually suggested that injecting bleach into your body might stop the spread of COVID-19.

Our nation, basking in freedom of speech, became a cesspool of falsehoods, nut-job conspiracy theories and politicized misinformation about the coronavirus.

Should we wear masks? Should we quarantine? What exactly were the symptoms anyway? And why can’t our nation gear up to produce enough tests? Was the order to wear masks an example of government over-reach? Why was one president — Trump — pooh-poohing masks while another — Biden — supported them?

Those were just some of the questions that America confronted.

Operation Warp Speed, set in motion by the mistake-prone, often-incompetent Trump administration, actually worked. The effort to develop COVID vaccines may go down in history as one of the great accomplishments of modern medicine. Good for Trump.

More Kelly:America's dirty secret: Kids are falling behind in school because of COVID | Mike Kelly

In less than a year, America’s scientists not only produced a vaccine but tested it — and discovered that it was effective in more than 90% of the cases in preventing the often-deadly viral infections.

So what went wrong?

While the rapid production of the coronavirus vaccines was one of America’s great accomplishments, the good feeling has been sullied by the fact that these vaccines did not stop the rising death toll.

A major problem is that far too many people did not see the vaccines as safe and effective. Then the conspiracy theorists emerged, spreading all manner of doubts about the vaccines.

Now more than a year after the vaccines were introduced — at great expense — less than 70% of the nation is fully vaccinated. The result is that the pandemic spread rapidly among those who refused to be vaccinated. Trump may have helped to speed up production of vaccines. But his supporters rejected it.

The COVID task force needs to examine not only why this happened but what can be done in the future to convince more people to accept a vaccine.

Sadly, the coronavirus was a source of disunity. As a result, the death toll rose.

Yes, we need to address this — unfortunately.

Long ago, the renowned House Speaker Thomas “Tip” O’Neill declared that “all politics is local.” That’s true. But with the coronavirus pandemic, politics entered our ordinary lives in ways that was dangerous.

Airline passengers fought over the order to wear masks. Parents of schoolchildren frowned on masks — or supported them. Teachers were understandably reluctant to venture into school buildings where administrators tried to please both ends of the political spectrum.

Where were the medical experts?

In most cases, when sickness confronts us, we look to doctors for advice. With COVID-19, we looked to politicians.

Here, in New Jersey, Murphy did the best he could to support tough health guidelines. But he faced reelection in 2021 — and the sure-fire knowledge that his health guidelines and decisions would become campaign fodder for his opponent.

Such were the dilemmas in just two states. Across America, a wide range of political problems emerged, from Florida to Texas to California.

Meanwhile, the White House — under Trump and Biden — was continually burdened by the knowledge that its health guidelines had to be balanced by the ups and downs of politics.

Any commission that examines the coronavirus needs to face the political conundrum – and how it may have made the national response worse than it needed to be.

In the end, as Murphy correctly noted this week, America will “have to learn to live with COVID.”

First, however, we need to examine how we got here.

This won’t be easy. But it needs to be done.

Mike Kelly is an award-winning columnist for NorthJersey.com. To get unlimited access to his insightful thoughts on how we live life in New Jersey, please subscribe or activate your digital account today.