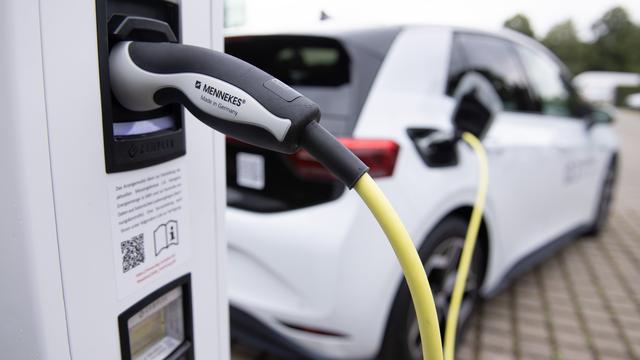 At least that's what the White House is hoping. On Thursday it announced that it would be doling out $5 billion to every state plus Puerto Rico and Washington, D.C., to build an electric vehicle charging network that would ensure nobody is ever more than 50 miles from a station.

The fear of being left without a charge is one of the biggest impediments to more widespread EV adoption. Numerous studies have documents range anxiety, and polling last year by Morning Consult found that just 7% of those surveyed would buy an EV with less than 200 miles of range. A big part of that is the lack of meaningful charging infrastructure around the U.S. There are roughly 46,000 charging sites compared to 150,000 gas stations across the country.

The Biden administration is looking to dramatically change the situation, however. It pledged to get the U.S to a staggering 500,000 charging stations by 2030. The $5 billion in new funding will be the start of getting the country on track to meet that goal, with the Department of Transportation calling it the "spine of the new national EV charging network."

The money will be spent over the course of five years, with the first $615 million going out this fiscal year. States must submit a plan for how they'll spend the money by Aug. 1. All proposals will have to prioritize charging along interstates and plan to rely on federal funding for 80% of the projects; the other 20% will use various public or private funds. If states fail to submit anything, cities and other jurisdictions can put in their own plans — or the cash will just go to other states (sad trombone).

The charging program will also have to adhere to the Biden administration's Justice40 initiative that requires 40% of the benefits of any federal funding go to disadvantaged communities. That doesn't mean 40% of charging stations will be installed in low-income communities, though. Rather, it includes a broad suite of benefits such as the infrastructure itself, job creation, reducing air pollution and other factors.

The biggest recipient is deep red Texas, which has more than $60 million earmarked for this fiscal year. Bright blue California is just behind at more than $56 million, showing that the money isn't being broken down on partisan lines. That's because, at the end of the day, the EV revolution has to reach every corner of the country. The biggest share of U.S. carbon pollution is transportation. And while it would certainly be great to see more funds going to public transit, the lowest carbon form of transit out there, charging infrastructure will also play a major role in cleaning up how we get around.