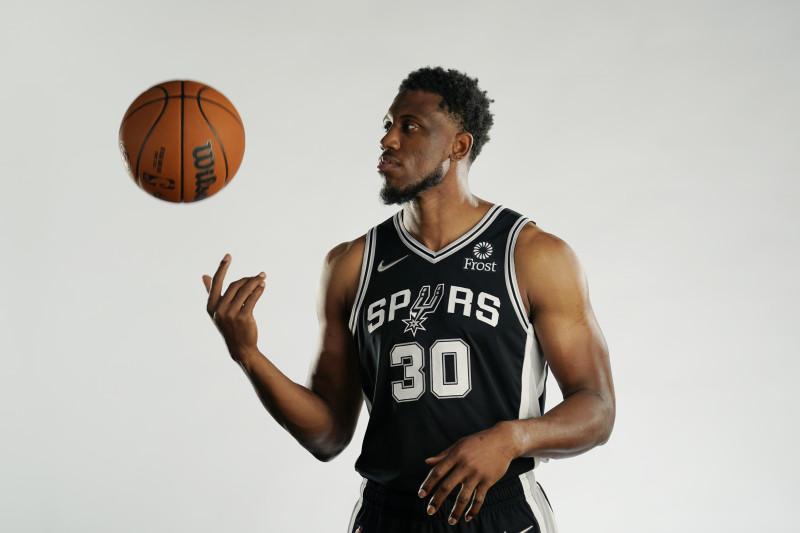 It’s here! NBA Trade Deadline day is tomorrow, finally today! So many teams, so many moves! For the Toronto Raptors, it’s been an up and down season, but the team seems pretty firmly in the “up” phase right now, meaning they should buyers, if anything, at this trade deadline.

And look! They have a nice little asset — Goran Dragic and his expiring $18 million contract — to sell. Of course, by deciding to leave the team earlier this year, Dragic tanked his value for the team and anyone that actually wants him can just wait until he’s inevitably bought out in a couple of weeks. But, if teams are looking to shed salary — and Raptors GM Bobby Webster made it clear recently that the Raps were open to taking on salary beyond this season — Dragic should be a good chip.

We’ll be tracking all the deals around the NBA right here in our open thread. To get you warmed up, don’t miss the following:

Now, the ever-impatient NBA didn’t bother waiting for deadline day, so let’s get into ti!

6:00 p.m. — The guy the Raptors traded last trade deadline, Norman Powell, got things moving this year! Powell will be reunited with old teammate Serge Ibaka in LA; the Portland Trail Blazers are trading Powell and Robert Covington to the Los Angeles Clippers for Eric Bledsoe, Justise Winslow, Keon Johnson and a second round pick.

Gut reaction: This gives the Blazers a little more flexibility to build around Damian Lillard, but it really seems to help the Clippers — Powell will help them this year and next, when (presumably) Kawhi Leonard and Paul George will be healthy. — Josh Kern

11:00 a.m. — The Cleveland Cavaliers have been a surprise team this year, hanging around the top of the Eastern Conference, and they had the injured Ricky Rubio’s contract to dangle as sellers. And the Indiana Pacers bought! The Pacers acquire Rubio’s contract and a 2022 first-round pick, along with two seconds, and the Cavs get a scoring boost with Caris LeVert. They also get a second round pick.

Gut reaction: If the Cavs can get a real player like LeVert for Rubio, surely the Raptors can get something for Dragic? Also, kudos to the Cavs for going for it. — Josh Kern

11:00 a.m. — The Blazers are at it again! They’re trading half of their longtime backcourt duo, CJ McCollum, to the Pelicans. Here's the full deal:

Gut reaction: Wow, Portland is really cleaning house! But I’m still not sure what the actual plan is to build around Dame. Also, I like the fit of CJ with Zion, but I don’t think that’s gonna be enough to convince Zion to stick around (you know, if he ever plays again). — Josh Kern

1:30 p.m. — The Pacers are also at it again! They’ve finally chopped their two-headed centre rotation in half, sending Domantas Sabonis to the Sacramento Kings for Tyrese Haliburton and Buddy Hield.

Gut reaction: Myles Turner plus Haliburton and Hield? Pretty solid! I really like Sabonis but I’m not sure giving up Haliburton will be worth it. — Josh Kern

2:30 p.m. — Woj has broken the news that the Utah Jazz are breaking up with Joe Ingles! As part of a three-way deal, the Jazz, Spurs and Blazers moving a few bodies around.

Gut reaction: Ingles is hurt and will be a free agent, and he’s an institution in Utah, so I wouldn’t be at all surprised to see him end up back there this summer. NAW and Hernangomez should fill his shoes for what Utah hopes will be a deep playoff run this year. As for the Blazers… I just don’t know. — Josh Kern

6:00 p.m. — The Miami Heat are trading KZ Okpala to the Oklahoma City Thunder in exchange for a 2026 second round pick. Miami’s also gets its 2023 first round pick (owed to the Thunder back), and instead gets Miami’s 2025 first round pick.

Gut reaction: Sam Presti acquiring a player, and not just a draft pick?? Why I never. 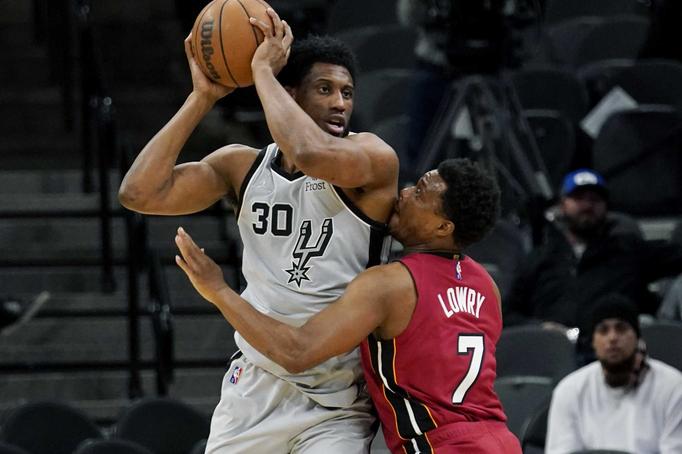 The big day is finally here! After their bench scored a mere 15 points last night before garbage time, the case is strong for Masai Ujiri and Bobby Webster to add depth to this Raptors roster. Is there a deal out there? We’ll find out soon enough!

9:00 a.m. — The Atlantic division drama remains high! Not from the Raptors, but from the Brooklyn Nets and the Philadelphia 76ers.

The NBA remains the best and the worst at the same time.

It seems inevitable at this point that a deal gets made here, right?

11:45 a.m. — The Detroit Pistons, Kings, Milwaukee Bucks and the Clippers are teaming up in a four-way trade, according to Woj and Shams. They’re still sorting out the details but it looks like Serge Ibaka is going to the Bucks! So much for the Norm-Serge reunion.

This isn’t the grand slam deal we might have been hoping for, but Thad Young certainly fits the Raptors’ profile. He’s long and versatile and, of course, 6’8”.

Gut reaction: Thad is a great pick up who fits what the Raptors do, is by all accounts a great teammate, and won’t take minutes away from the core — he simply moves Yuta Watanabe and Svi Mykhailiuk down a spot in the rotation. He’s a free agent after this year, so giving up a this year’s first-rounder hurts (the Raptors will more than likely make the playoffs, meaning the pick will convey). And the team still doesn’t have a backup point guard. But if the choice was Thad Young or letting Dragic walk for nothing? Thad all the way. — Josh Kern

12:30 p.m. — The Boston Celtics have entered cost-savings mode, and are trading PJ Dozier and the very tall Bol Bol to the Magic for, essentially, nothing, per Woj:

That deal naturally puts the Magic over the roster limit, so they’ll be waiving E’Twaun Moore, per Chris Haynes.

Gut reaction: Feels like Moore might be a solid fit on the Raptors? Or maybe that’s just my PTSD from seeing him drop approximately 72,000 floaters against the Raps over the past five years. — Josh Kern

1:30 p.m. — Whoa, the big one is actually going down! The Brooklyn Nets are trading James Harden and Paul Millsap to the Philadelphia 76ers for Ben Simmons, Seth Curry, Andre Drummond and two draft picks.

Gut reaction: As noted this morning, this all felt inevitable. I’m not sure who wins, though. I think, if Simmons can get into game shape, Kevin Durant can get healthy, and Kyrie Irving can play in enough games, Brooklyn has a really solid, balanced roster. (And honestly KD is just so good regardless). But a Harden-Embiid pick-and-roll might be the deadliest thing ever. I guess ultimately, it’s Simmons and Harden who won, since both of them wanted out. — Josh Kern

2:00 p.m. — Maybe I was wrong about the Celtics shedding cost? They’re acquiring Derrick White (and his four-year $70 million contract) from the Spurs for Josh Richardson, per Shams.

Gut reaction: Derrick White is good! Not sure about his fit in Boston, or what their cap sheet is like, but, I like the pickup. — Josh Kern

2:15 p.m. — The Pacers are still active! They’re sending Torrey Craig for the very promising Jalen Smith, plus a second-rounder.

2:20 p.m. — The deals are coming fast now! The Washington Wizards are trading Montrezl Harrell to the Charlotte Hornets for Vernon Carey and Ish Smith.

Gut reaction: I don’t know that this makes either team better, but Trez is gonna love playing with LaMelo Ball, that's for sure. — Josh Kern

2:40 p.m. — Oh, another big one! The Wizards are cleaning house!! They’re sending Spencer Dinwiddie to the Dallas Mavericks for... Kristaps Porzingis? OK! Sure!

Davis Bertans is heading to Dallas as well, per ESPN’s Tim MacMahon.

Gut reaction: I don’t know what this deal is about, but I’m fine with exiling Porzingis to the basketball wasteland that is Washington DC. — Josh Kern

2:59 p.m. — Wow, the final gun was pretty disappointing! Only one last minute deal snuck in, an uninspired Rockets-Celtics trade that sees Daniel Theis return to Boston.

Along with Schroder, the Rockets will also get Enes Freedom Kanter and Bruno Fernando from Boston.

That’s it! Trade deadline day is over, the deals are done, Dragic is on his way to Texas, and the Raptors are one Thad stronger. Go take a nap before the Raptors-Rockets game!