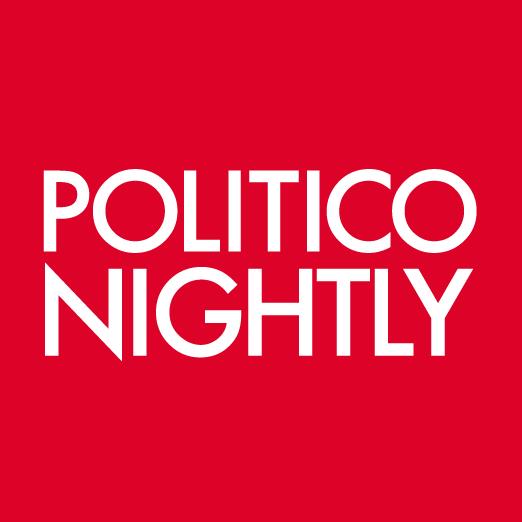 BREAKING THE PLEXIGLASS — The Blue Pause, which began Monday when New Jersey set a date for lifting its school mask mandate, continued today, with announcements that mask mandates in public schools in Denver, as well as the entire states of Massachusetts and Rhode Island, would end in the coming weeks. Connecticut, New Jersey and Delaware were already there. New York is keeping masks in schools for now, but announced today that the mandate for businesses ends this week. California is enacting a similar policy.

Some public health experts think it’s too soon to celebrate, but most agree that a whole bunch of Covid mitigation measures, many of them introduced in March 2020, seem to have become unnecessarily permanent — from plexiglass barriers in restaurants to the elimination of housekeeping and buffets at hotels to ostentatious “deep cleaning” protocols on airlines. Nightly asked our roster of go-to public health experts what mitigation measures they would end right now, as the U.S. enters a Covid lull. These answers have been edited.

“A mitigation measure I would end immediately is restricting visitors to patients who are near end-of-life with Covid-19. We know that many of these patients are actually in the inflammatory state of the disease and are likely at very low risk of transmitting to others around them. It is important that family members get to visit and be near their loved ones. And, if there is any concern the patient could still be contagious (such as may be the case with some who are immunocompromised), family members can be equipped with N95 masks. By keeping family members away from patients who may not be contagious, we are causing unnecessary harm and grief.” — Abraar Karan, infectious disease fellow at Stanford University

“I would immediately end the risk averseness of universities. Many universities and colleges have vaccine — and booster — requirements, yet still cling to aggressive masking, social distancing, and testing policies with no off-ramps. College students are low-risk for severe disease and having them fully vaccinated should be sufficient to ensure the resiliency of universities to what will be an ever present virus.” — Amesh Adalja, senior scholar at the Johns Hopkins Institute for Health Security

“Plexiglass barriers and digital menus should have been dropped a long time ago — we’ve known for more than a year that they’re useless. Outdoor masking is similarly pointless (unless you’re in a very small, crowded area). Although I wouldn’t relax any mitigation measures today, I am looking forward to most of us being able to spend time together without masks, indoors, and to enjoy restaurants without fear of catching Covid, in the weeks to come. I am also looking forward to rapid-testing-before-a-get-together being less necessary (especially for those of us who are vaccinated) in the very near future.

“I will continue to use MyCOVIDRisk.app to help me judge the risk of infection, based on local case numbers and vaccination status!” — Megan Ranney, emergency physician and professor at Brown University

“I think right now, we have to be cautious because of the uncertainty around the BA.2 sub variant. Although Omicron is decelerating quickly, BA.2 could drag this out for another six weeks or more. So we’re at Omicron and mask ‘Groundhog Day’: If Omicron continues its downward trajectory, then mask restrictions can lift by the new target dates set by many of the governors. But if BA.2 gains a foothold, we’re looking at six or more weeks of Covid winter.” — Peter Hotez, dean of the National School of Tropical Medicine at Baylor College of Medicine and co-director of the Texas Children’s Hospital Center for Vaccine Development

Welcome to POLITICO Nightly. Keep reading for more ideas for Covid measures that should be scrapped from our panel of experts. Reach out with news, tips and ideas at [email protected]. Or contact tonight’s author at [email protected], or on Twitter at @MyahWard.

“Like masks themselves, there’s no one-size-fits-all for mask mandates and the timing of tightening or loosening requirements. The best practice is to adjust mask mandates and other measures per the burden of cases and hospitalizations in each area. We’re all sick of the virus, but it’s still important to listen, look at the data, and then make decisions accordingly. Although cases are declining fast, cases and hospitalizations are still high in most of the country. If we prematurely lift lifesaving and disease-restraining measures, we will prolong the flood.

“The United States is better defended against Covid now than ever in the past two years. We can have the upper hand over the virus as long as we adapt our response and use multilayered and strong defenses, starting with vaccine-based immunity, and strengthened with measures such as masks. Even without mandates, people who are feeling sick, those who are medically vulnerable, and anyone who feels more comfortable doing so should feel free to mask up. No one can know what’s coming next.” — Tom Frieden, former CDC director and president and CEO of Resolve to Save Lives, a global public health initiative

“I would immediately end digital menus in restaurants, members of the service industry wearing rubber gloves, and deep cleaning anywhere, as Covid is not spread by fomites and such measures spread unnecessary fear (and are non-scientific). I would also end temperature screening, as Covid can spread when asymptomatic. Because masks provide one-way protection, some states are ending mask mandates now or can go on a hospitalization metric. Non-pharmaceutical interventions were always meant to protect our hospitals. One standardized metric is to drop mask mandates when hospitals in the region are at <80 percent ICU capacity (a marker for severe Covid disease which corresponds to vaccination rates in the region) as can be determined by the HHS hospital utilization website.” — Monica Gandhi, infectious diseases expert at the University of California at San Francisco 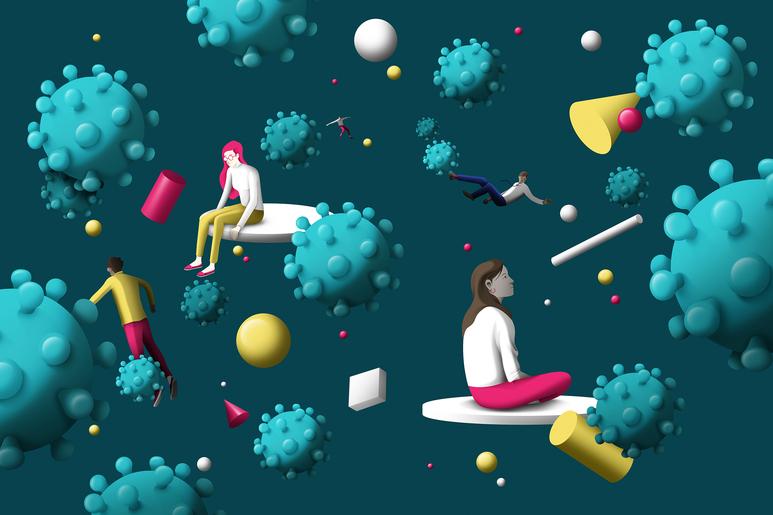 “Just because cases begin to decline, and we think the virus is abating, does not mean we should let our guard down. That’s not to say we keep all pandemic mitigation measures in place during these periods of ‘lull.’ Instead, we should be strategic, methodical, grounded through the lens of equity and based on local data to make decisions on lifting mitigation measures. We should reevaluate lifting measures like mask mandates based on local context (i.e. hospital capacity, community transmission levels, vaccination rates, access to testing); and remove measures that never really worked in the first place — like plexiglass barriers. Now, it is easy to say we should make data-driven decisions when unfortunately, our data is lagging an upwards of 2 weeks. This also means we should take this time to develop better real-time surveillance systems, so we’re not blinded again if or when cases begin to increase.” — Syra Madad, infectious disease epidemiologist at the Harvard Belfer Center

— CDC weighs new messaging around transmission and masking: The Centers for Disease Control and Prevention is considering updating its guidelines on the metrics states should use when lifting public health measures such as mask mandates, according to four people familiar with the matter. Agency scientists and officials are debating whether to continue to publicly support using transmission data as a marker for whether to ease public health interventions such as masking, particularly in school settings, the people said. CDC staff are weighing whether the agency should use case rates as a metric or whether it should lean more heavily on hospitalization data, particularly information on hospital capacity. In recent days, the CDC has reached out to external doctors, scientists and public health organizations for input, one of the people with knowledge of the discussions said.

— Congress strikes broad government funding deal: Congressional leaders reached an agreement to boost military and non-defense budgets, paving the way for a comprehensive deal to fund the government into the fall. The accord is a crucial breakthrough that’s expected to lead to enactment of a 12-bill spending bundle in the next few weeks. Democrats are seeking to finally override the funding levels carried over from the spending package signed into law in the last weeks of Donald Trump’s presidency, while Republicans are fighting for a military budget far above the less than 2 percent increase President Joe Biden requested.

— Lawmakers pessimistic about new Iran nuke deal: Top Biden administration officials warned senators today that Iran could produce enough material for a nuclear bomb in as little as two months, bolstering lawmakers’ concerns that the window for a diplomatic solution is rapidly closing. The assessment, delivered in a classified briefing and described by one senator as “sobering and shocking,” comes as Biden’s diplomats are racing to strike a deal with Tehran that would prevent it from acquiring a nuclear weapon.

— White House weighing former Obama adviser for senior Treasury job: Jay Shambaugh, who was a key economic adviser in President Barack Obama’s White House, is under consideration to be Treasury under secretary for international affairs, the agency’s top financial diplomat, according to three people familiar with the matter. Shambaugh, who served as a member of the White House Council of Economic Advisers from 2015 to 2017, is a professor of economics and international affairs at George Washington University and a nonresident senior fellow in economic studies at the Brookings Institution.

— U.N. postpones space diplomacy talks after Russia asks for more time: United Nations talks scheduled to take place next week to avoid an arms race in space are being postponed after Russia insisted it needs more time to prepare, according to two people briefed on the developments. Expectations have been high that the newly established “open-ended working group” can help fashion international norms that rein in what many see as an unrestrained military competition. The talks could even lay the groundwork for an eventual ban or moratorium on destructive anti-satellite tests, U.S. officials have said.

NOT JUST IN THE U.S. — U.K. Prime Minister Boris Johnson announced today that all remaining coronavirus restrictions in England, including Covid-positive self-isolation requirements, could be lifted in February, Louis Westendarp and Helen Collis write.

“Provided the current encouraging trends in the data continue, it is my expectation that we will be able to end the last domestic restrictions — including the legal requirement to self-isolate if you test positive — a full month early,” Johnson said during today’s Prime Minister’s Questions.

His comments were met with surprise among scientists and National Health Service leaders. While the data on hospitalizations and deaths is currently trending in the right direction, they warn that things can change very quickly. And above all, they’d like to see the scientific basis for his remarks.

The current expiration date for the restrictions is March 24, so on Johnson’s new timetable England could return to pre-pandemic levels of freedom in just over two weeks. Currently, anyone who tests positive for coronavirus should isolate for a minimum of five days. This rule applies to vaccinated as well as unvaccinated people.

‘THEY’RE LOCKING UP MY TOOTHPASTE’ — The Rev. Al Sharpton is calling on New York City Mayor Eric Adams, a former police captain, to address the city’s spike in crime, calling the situation “out of control,”Samuel Benson writes.

“In fairness to Eric, he’s only been mayor five weeks,” Sharpton said today during an appearance on MSNBC’s “Morning Joe.” “But even as a fan of him: Eric, they’re locking up my toothpaste.”

Sharpton’s comment referred to reports that New York-area pharmacies and convenience stores have begun to place low-cost items, even toothpaste, in locked cases to prevent theft. Major crime increased 38.5 percent in January, Adams’ first month in office, compared to the same period last year, according to a NYPD report.

“I mean, we’re talking about basic stuff here,” Sharpton said. “I’m like, what did I miss that we now have to lock up toothpaste?”

Did someone forward this email to you? Sign up here.