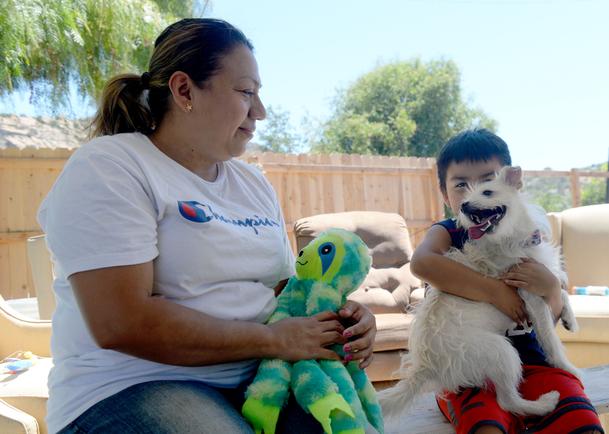 A California pandemic aid bill signed into law late Monday extends eviction protections for another three months and authorizes the state to pay 100% of the back rent owed by low-income tenants who apply for the relief.

The relief comes none too soon for California renters on the verge of homelessness. The current eviction grace period expires Wednesday.

California is expected to receive at least $5.2 billion in federal funds to fully cover past-due and prospective rent payments for income-qualified tenants. But renter advocacy groups worry the state won't distribute the relief money in time to help those who need it most from getting kicked out of their homes after Sept. 30, when the newly extended moratorium ends.

The state’s “Housing is Key” program has been roundly criticized by landlords and tenants alike for its onerous application process, slow turnaround in payments and poor follow-up with applicants.

In Ventura County, just 16% of the $23.7 million that an estimated 2,000 landlords and tenants have requested has been paid since the program opened in mid-March, state officials said. The results are lower statewide at 9% of the $700 million requested.

Until recently, the state required applicants to submit up to nine documents to verify that they meet the income eligibility requirements.

Matthew Pryatel, who lives in an Oxnard area rental, said that while he appreciates the careful oversight of the taxpayer-financed program, the state should have been better prepared.

"If you don't have the people and infrastructure in place to implement whatever pickiness you want to have then it's irrelevant," he said.

Pryatel, 46, said he has yet to hear back from the state on the rent relief application he and his wife, Krystal, submitted three months ago. None of his many inquiries on their application’s status has been answered.

The backlog has put Iris Alvarado in a precarious position. The single mother of two boys owes around $8,000 on the one-bedroom home she rents in Simi Valley, according to staff members at Westminster Free Clinic, a nonprofit health provider that helped her apply for rent relief.

Speaking in Spanish through an interpreter, Alvarado said last week she was "very worried" with the end of the state's eviction moratorium looming June 30 because she had nowhere else to go.

Alvarado said she lost her job cleaning a Calabasas nursing home in February 2020 at the beginning of the pandemic and has not been called back to work. The part-time house cleaner learned about the state relief program at her church, St. Rose of Lima in Simi Valley, one of Westminster's sign-up sites. She has yet to receive the rent money she requested in March.

Westminster's operations director, Cynthia Soto, said she knows of no one out of the 300 applicants the organization has assisted who has received any money or been approved for payment.

Shanti Singh, legislative director for the California advocacy group Tenants Together, said the daunting application process and long wait to receive the back rent was discouraging many renters from applying.

The back rent requested in Ventura County amounts to less than half of the $50 million currently available to landlords and renters in the region. The dearth of applications is at odds with data indicating a great need for rent relief in the area. 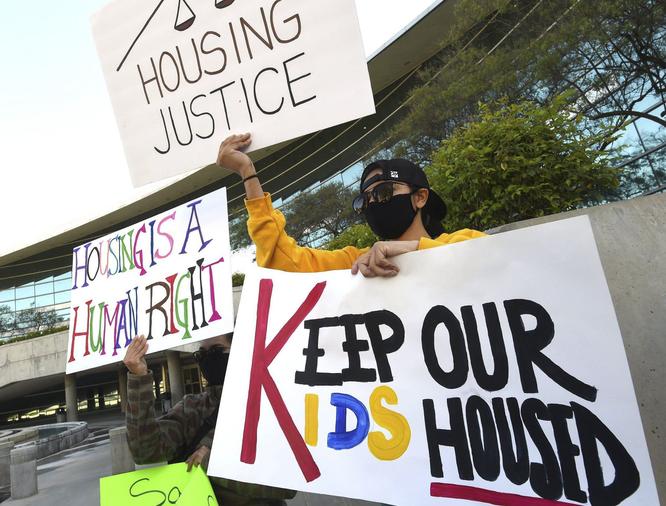 As of March, more than 12,600 households in the county owed about $45 million in back rent because of the COVID-related income losses, according to an analysis by the University of Southern California’s Equity Research Institute and PolicyLink, a national research group that advocates for racial and economic equity. More than two-thirds of those households earn less than $50,000 a year, the study found.

The county’s 211 hotline has logged more than 15,500 housing-related calls since the onset of the pandemic in March last year, said Kelly Brown, who oversees the operation run through Interface Children and Family Services.

Operators have heard from callers about how they've stopped making their car and health insurance payments or maxed out their credit cards to stay current on rent, Brown said.

The state recently streamlined the applications and added more staff to process them, resulting in a faster turnaround on payments, according to Russ Heimerich, a spokesman for the state Business, Consumer Services and Housing Agency

Heimerich acknowledged that the groundwork was not fully in place to support the program when it opened. Staff members were still working on security measures to prevent fraud, he said

He said the federal government initially sought heavy paper documentation to verify tenants' income but now allows the state to provide more of the evidence through declarations from applicants.

"We required seven to nine documents to prove income," Heimerich said. "It has been reduced to three or four."

Individuals may qualify for the relief money for a variety of COVID-related income losses, including increased out-of-pocket expenses related to essential work performed during the pandemic and child care responsibilities that limited earnings. Those who make no more than 80% of the median household income in their area are eligible. Ventura County’s cap is $89,700 for a family of four.

The new law, Assembly Bill 832,sweetened the relief program's terms by offering to fully compensate landlords for overdue rent instead of providing 80% if they waived the rest.

The law also requires less cooperation between tenants and landlords to get payment. Previously, tenants whose landlords did not participate in the program could receive 25% of unpaid rent through a direct payment to landlords. The tenants will now get 100% of the back rent, which must be paid to landlords within 15 days of receipt of the funds. Also, landlords can receive compensation even if their tenants have already vacated a unit.

This also is supposed to be the last state eviction moratorium, ending a series that started more than a year ago.

"We are against any further extension of this," said Daniel Yukelson, executive director of the Apartment Association of Greater Los Angeles.

He said the eviction protections have lasted "way too long," hurting what he estimates are the 80% of California apartment owners who are small "mom and pop" businesses.

The owners have had to deal with rising costs for utilities and taxes while the moratoriums continued, said Bill Hagelis, who co-owns 14 one-bedroom units in Ventura and Oxnard.