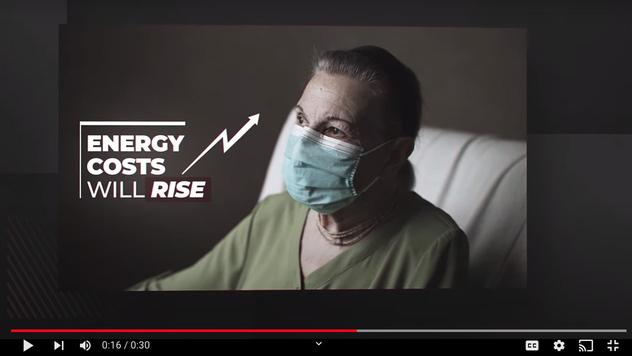 Last year, New Mexico was hit by three different billion-dollar weather disasters: a devastating wildfire season, severe summer storms that included destructive hail, and persistent drought throughout the year across the West. At one point in 2021, over half of the state was in “exceptional drought” (the most severe category of drought), which put immense pressure on farmers, ranchers and even towns to find ways to conserve water.

As these costly, climate change-fueled events become more severe and frequent, communities across the state are looking to the Roundhouse for strong leadership. That is why it was critical when Governor Michelle Lujan Grisham announced in October that she would push a bill this legislative session to ensure New Mexico does its part to reduce emissions.

This session, New Mexico state leaders can act on the Clean Future Act (House Bill 6), a bill that will reduce harmful climate pollution and build a cleaner, healthier economy for all New Mexicans. This bill puts statutory limits on pollution from all major sources of greenhouse gases across the state, requiring pollution reductions of 50% below 2005 levels by 2030 and achieving net-zero emissions by 2050, including a 90 percent reduction in direct emissions by that date.

In addition to setting these pollution limits, the bill establishes a process for developing regulations that will ensure the state will achieve them. If adopted, the Clean Future Act would establish New Mexico as only the third major oil and gas producing state in the U.S. to put enforceable pollution limits in law to address climate change.

The Clean Future Act reflects Governor Lujan Grisham’s commitment to establishing New Mexico as a global leader in addressing climate change. In January 2019, she issued an Executive Order to reduce greenhouse gas emissions 45% below 2005 levels by 2030. The order also directs state agencies to develop a climate strategy that puts the state on a pathway to achieve real and immediate progress. She reaffirmed those commitments at COP26 in Glasgow – the most recent UN meeting in November aimed at accelerating global action on climate change – and vowed to double-down on climate action.

While strong pledges have been made and there has been significant early progress via numerous recent or pending policies to address climate pollution in the state including the Energy Transition Act, new methane rules, and planned zero-emission vehicle standards, a significant gap remains between these commitments and the reality of the state’s emissions trajectory. The state’s latest greenhouse gas inventory indicates emissions of 113.6 million metric tons of carbon dioxide equivalent (MMT CO2e) were released in 2018, with those numbers likely inching slightly higher in 2021. That is a long way from the 2030 target of 37.8MMT CO2e in 2030 to limit the state’s emissions to 50% of 2005 levels. 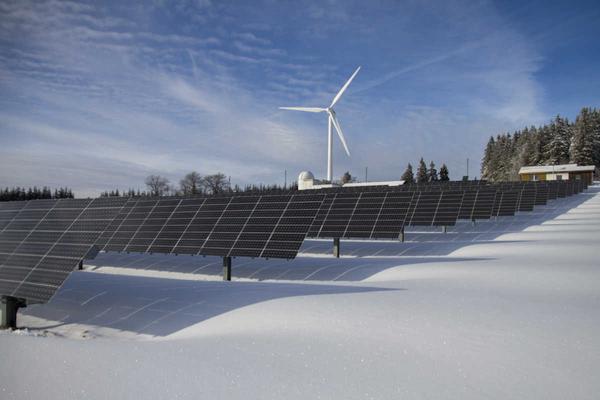 This gap between the reality of the state’s existing pollution levels and what’s needed to meet the governor’s commitments is consistent with several recent analyses, including a report commissioned by the state and a separate analysis performed by Evolved Energy Research, both of which indicate New Mexico’s current trajectory will fall well short of the 2030 goal established by the governor or the slightly more ambitious target set in the Clean Future Act.

As the climate crisis accelerates, New Mexico’s elected leaders have the chance to take an enormous step forward to help New Mexico do its part to ensure a safer future for communities around the state, while reducing harmful air pollution and creating sustainable economic development opportunities.

How the Clean Future Act would turn pledges into policy

Two key features of The Clean Future Act make it the right policy to deliver on the state’s promise to tackle the climate challenge, while growing a clean energy economy.

1. Establishes the pathway to slash pollution to safer levels. The bill charts New Mexico’s course not only for the next decade but for 2050 and beyond, requiring statewide emissions to fall 50% below 2005 levels by 2030 and to net-zero by 2050. The pollution reduction requirements set in the bill also mean these targets become mandatory, and the law will bind any future administration to implementing the regulations necessary to achieve these critical reductions. The interim 2030 target this bill sets is particularly important because near-term pollution reductions have a greater impact on reducing the total build-up of greenhouse gas pollution in the atmosphere. Cutting down that cumulative pollution is essential to curbing long-term climate damages.

Even as the U.S. takes climate action at the federal level, states like New Mexico still play a vital role in curbing emissions and driving progress toward this shared goal – the Clean Future Act does this by aligning New Mexico climate policy with other climate leadership states and the U.S. national commitment to curb emissions 50-52% below 2005 by 2030.

2. Pollution limits provide certainty – and flexibility — in achieving these goals and improving public health. By placing an enforceable, declining limit on the state’s economy-wide emissions, communities can rest assured that New Mexico will be required by law to achieve these crucial climate goals. And by creating a process to figure out how to meet those limits, the regulators can develop an approach – with input from diverse stakeholders including communities and industries – that works best for New Mexico.

As noted above, the bill sets two distinct pollution limits, requiring statewide emissions to fall 50% below 2005 levels by 2030 and to net-zero by 2050. The latter target also requires ongoing emissions after 2050 to be capped at 10% of 2005 levels – about 7.5 million metric tons, or around 6% of present-day emissions. That remainder, and no more than 10% of 2005 emissions, is balanced by the state sequestering additional carbon through activities like improved forest management or soil carbon sequestration, where emissions are accounted for and credited through “offsets.” This limitation on use of offsets ensures the vast majority of current emissions are eliminated directly.

Adopting regulations to meet the goals established in the Clean Future Act as quickly as possible to lock in a cleaner, safer future is critical to reducing ongoing impacts of climate pollution and sending a clear signal that New Mexico is the right place to do business in the clean energy economy. Over 11,000 New Mexicans already work in clean energy, including solar and wind, storage and smart grid deployment, clean vehicles and fuels, and energy efficiency — and the industry is poised for growth. Now is the ideal time for New Mexico to stake out its competitive edge, so it can start diversifying its economy and create new, good-paying job opportunities.

The Clean Future Act is the strong and comprehensive climate policy that New Mexicans have been waiting for: it can help protect communities from the worst climate impacts, bolster the state’s move toward a cleaner economy and establish the state as a national climate leader.