The Real Housewives of New Jersey Recap: An Affair to Remember 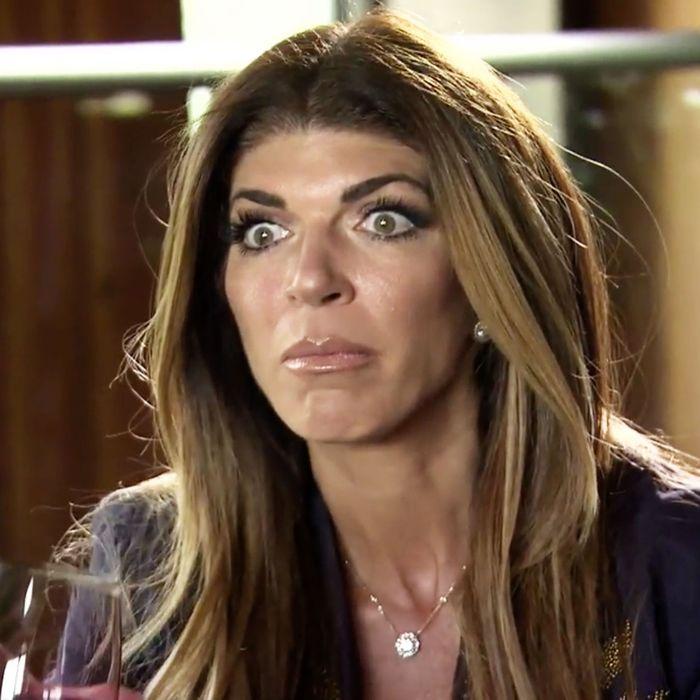 The Real Housewives of New Jersey Recap: An Affair to Remember

The Real Housewives of New Jersey

For the first time in a long time, I don’t feel like there are sides on RHONJ. The Teresa/Dolores/Jennifer versus Margaret/Melissa/Jackie days are done, which is great for the show. What’s even crazier is that I am not firmly on the MMJ side as I have been in the past. With the current fight we have going on — about Bill’s affair and Margaret bringing it up — everyone is a little bit right, and everyone is a little bit wrong. Well, except for Teresa, who continues to be as wrong as answering “False” on your eye exam.

Before we can get to that big fight, there is another fascinating melee at Teresa’s pool party: the discussion between Joe Gorga and Gia. It comes in the aftermath of Margaret and Jen’s confrontation about Bill’s infidelity. Joe is talking about how hurtful comments made in public can be, specifically noting things Jennifer has said about him being a crook. Gia says that means her father didn’t deserve what Joe said about him. Joe’s immediate reflex is to talk about how disrespectful she is and how she shouldn’t talk to her elders like that, which seems an antiquated idea. He asks, “Where were you raised?” I can tell you, Joe. She was raised in front of a camera. This is Gia coming into her own. This is Gia accepting her legacy as a second-generation reality star. This is her acting on everything that has been taught to her since age six, including how her mother taught her not to respect anyone who disagrees with her.

Joe storms off, and Gia comes to talk to him, but now everyone is crowding around, including my dream man, Tony the Pool Guy, who is hanging out in the background like a booger you can’t get off your finger. There are a number of walkaways and makeups that can only happen in a family that is as accustomed to the camera being there as they are a drunk grandmother who slides under the table halfway through Thanksgiving dinner. It eventually boils down to that Joe says he’s not going to keep quiet about the things that Joe Giudice did to his family for the rest of his life. Nor should he! Joe Giudice sent Teresa to jail and kept her away from her parents in the last years of their life. That is a fact.

Gia also has a very tenable position. She says that there comes a point when the bashing is just too much. Everyone going to jail was five years ago, and they all need to move on. I would say this is totally warranted if Joe Giudice weren’t out on the streets talking shit about Joe Gorga and his family, but I agree with Gia in theory.

Like all these great arguments this episode, I see both of their points, but I think both sides need to compromise a bit, but they never will. Joe needs to realize that these things happened, and there is nothing he can do about it. If he wants a relationship with his nieces, he needs to keep his mouth shut about their father. Gia needs to realize that she can still love her father even if she accepts that he did some terrible things, including to her mother. We’re all flawed people (some more criminally than others), and as she matures, she’ll see more of her father as he really is. But, hey, this is a family bought and paid for by Bravo. They will be continuing to rage about these very issues when they’re all at Gabriella’s inauguration in 30 years.

Now on to the Margaret and Jennifer fight, which is as complex as trying to watch Inception while stoned. Margaret claims that she aired Jennifer and Bill’s secret because Jen is a hypocrite for judging Marge and her mother for sleeping with married men and/or having affairs when the same thing was happening in Jen’s household. This I disagree with. Of course, Jennifer would have a problem with people cheating when it had been done to her, but it’s not like Jennifer was condemning them and then out there jumping on every disco stick that comes trotting into a funk hole. (Is that the opposite of a disco stick?) As Jen says later at Dolores’s house, she had opinions about things that Margaret and her mother were both very vocal about, and what is this show if not about women having opinions about things others say. 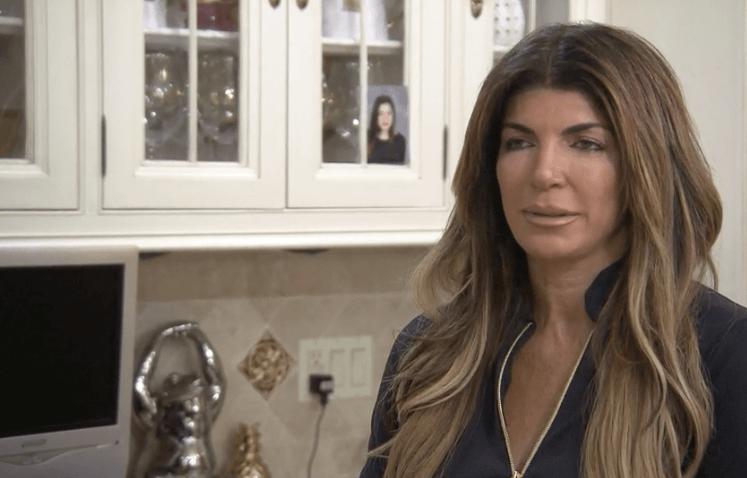 What Jennifer seems to be sad about is not that Bill cheated on her … while she was nine months pregnant … and she found out the day before she gave birth … thanks to a credit card receipt like she’s Whitney Houston’s “It’s Not Right But It’s Okay” … is that she now has to tell her children and the rest of her family that it happened and she stayed with him. As is always the case, this is a fight as much about the show and the consequences of being on it as it is Bill trying out some Viagra samples on a pharmaceutical rep.

Where I’m more on board is when Margaret discloses to Dolores that Jennifer was going around digging up information about exactly who Evan, Jackie’s husband, was supposedly cheating with. You can’t go snooping in everyone else’s garden looking for dog turds unless your grass is cleaner than the Purell factory. The editors did her especially wrong when they intercut Margaret telling Dodo about Jennifer’s snooping with the scene where Jackie is at Jennifer’s house asking that she not do any more “sneaky stuff” and Jennifer saying she wouldn’t. Jennifer has come for all of these women saying all kinds of awful shit, but then when it’s her time to take it, she shows up at Dolores’s house practically in tears? Oh no, ma’am.

Dolores is really upset about that, and she is consistent in her character to waffle more than all the Eggos used in Stranger Things. First, she tells Jennifer that Margaret is wrong, but then when she talks to Margaret, she’s pissed at Jennifer. Then when Jennifer is crying on her sofa in her new bachelorette townhome (the only word worse than “townhome” is “foreverhome”), she’s even more upset. I mean, pick a side already.

As Jennifer is teary-eyed, Jackie, of all people, goes to comfort her, but then Margaret barges into the room and is like, “Why are you crying?” Margaret tells her that she can be sad, but she has to accept her part in why Margaret would even bring this up. Yes, she is correct, but is this the time to be having this discussion? Couldn’t Margaret wait until the next party to rub it in? This is a joyous occasion. There is an alligator made out of bread!

Then the conversation really goes off the rails, with Margaret telling everyone about Jennifer snooping about Evan and roping in some woman named Serena in Tenafly, who totally sounds like someone Andy Cohen made up to read an especially edgy question at the next reunion.

Jackie is not happy about these revelations and tells Jennifer that she needs to own this, but she is the only one who is easing up a little bit because she recognizes the pain Jennifer is in. Margaret and Melissa are trying to hold her feet to the fire, but, girl, give the Duraflame a bit of a rest. We have a whole season to get through, and it’s the middle of the summer.

The only person who manages to be totally wrong about this whole thing is Teresa, who shows up like an hour late and is like, “What did I miss?” Oh, nothing. Only you not being so central to the show. After the whole kerfuffle has settled down to a din, Teresa says something to the effect of, “I don’t want to get into it, but Margaret, how is what you did to Jen different than what I did last year at Jackie’s party?” As Dolores says, this rationale makes sense to no one but Teresa, but I will lay it out for you since she asked.

How it’s different is that it was neither Margaret nor Jennifer’s party when they were talking shit. Also, Margaret said it right to Jen’s new Turkish nose, whereas Teresa was telling everyone but Jackie about it at Jackie’s party. She said she did this not to ruin Jackie’s party, but, um, she sure ruined it in retrospect by talking shit about the birthday boy. It’s also different because what Margaret said was true, and she knew it to be true. What Teresa said was some stupid bullshit that she made up because her green juice wasn’t fibrous enough that day or something, I don’t know. Teresa makes no sense at all.

Even when a producer is like, “Do you realize what you did now was wrong?” She is still as baffled as she was the first time she saw an episode of Blue’s Clues. (“Yeah, I get it. He’s blue, but he’s not a clue. He’s a dog. Why are they calling him a clue?”) This show has become great once again with a cast that hasn’t changed in four seasons. How the hell can we get Teresa — who refuses to change, grow, or evolve — off of it forever?