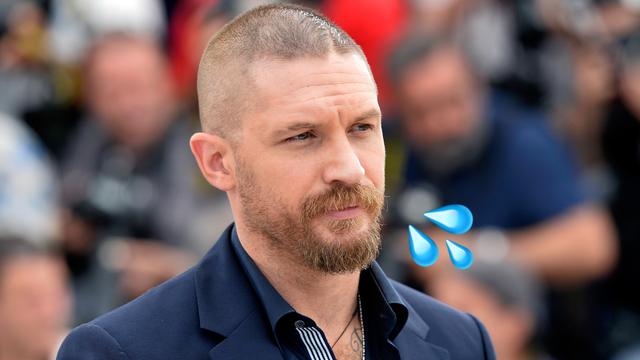 Tom Hardy apparently spat at Armie Hammer during Mad Max: Fury Road auditions, fulfilling a dream held by many of us.

Who doesn’t want the gentle caress of Daddy Hardy’s DNA-filled saliva hitting their cheek? Or maybe even their lips, if they’re lucky? And as a bonus treat, he also spat on alleged mega creep Armie Hammer, another dream of mine.

The whole situation is a wet dream, TBH. It’s the most important spittle to be spattled since Rachel Weisz and Rachel McAdams’ steamy sex scene in Disobedience.

Details of the spit-cident have come out in a new oral history of the film. I mean you can’t have an oral history without a bit of spit, amirite.

The book’s called Blood, Sweat & Chrome: The Wild and True Story of Mad Max: Fury Road and it’s by New York Times pop-culture reporter Kyle Buchanan. It features more than 130 interviews including ones with Hardy, Charlize Theron and director George Miller. That’s all very well and good, but where’s my interview with flamethrower guitar guy?

An excerpt of the book was featured in Variety and it breaks down the casting of the titular Max.

George Miller said in the book that he really wanted Heath Ledger to take the title role.

“The person who was foremost in my mind was Heath. Every time he’d come through Sydney, he’d pop in and we’d talk generally about things and then we started to talk about Mad Max,” Miller said.

“We lost him, which was such a pity — not for Mad Max but because he was an exceptional person.” 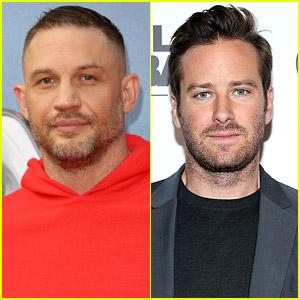 God, tearing up about Heath Ledger again, as I do every time I watch 10 Things I Hate About You.

The real Slim Shady, but make it patriarchal dystopian desert.

According to the book, Hardy was one of the last actors they saw for the role.

“He’s got this incredible physical presence that is so scary and mean and masculine, but then he’s supersoft and feminine and delicate at times, which is a unique combination for a guy who looks like that.”

Exactly the reason I want him to spit on me, Lora. And now to that very spit: in the book, Buchanan explains that Hardy and Hammer auditioned together.

“Near the end of the process, Hardy emerged as a front-runner alongside Jeremy Renner and Armie Hammer,” he wrote.

“Hardy and Hammer even read together as part of their audition, and when Hardy gnashed his teeth and spat at his scene partner, Hammer told Miller that Hardy needed to be Max more than he did.”

Never thought I’d say this but thanks to Armie Hammer, I guess.

Now let’s all manifest that Tom Hardy’s spit makes a cameo in the sequel.