What Nylah's Naturals did next after Dragons' Den offer 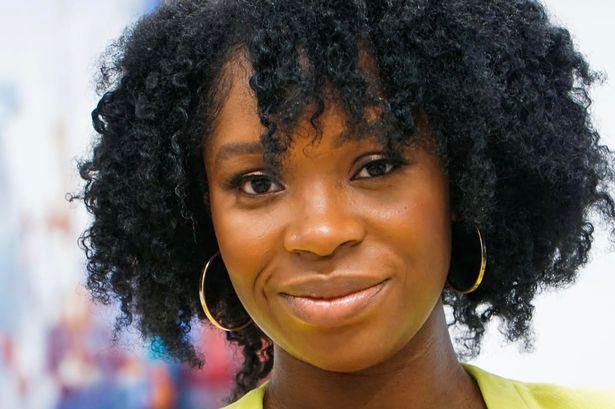 What Nylah's Naturals did next after Dragons' Den offer

Entrepreneur Kameese Davis told herself that she was 'going to do this' when she psyched herself up before pitching on the last series of Dragon's Den - but what she did next took even more courage.

The 39-year-old wanted £50,000 investment in Nylah's Naturals - her range of vegan plant-based hair care products for black hair that was inspired by her own search for the right products for her daughter, Nylah, who suffered with childhood eczema.

In the end, it came down to just one Dragon, Sara Davies, who invested in the impressive fellow 'mumpreneur', offering £50,000 for a 40% stake in the business..

Kameese stole viewer's hearts when she explained how she started the business in 2013 while working part-time as a careers adviser and bringing up her daughter, now 11 and her son, 5.

It was a fantastic offer and has been a huge boost for the brand, but in the end, the deal was not to be.

Kameese from Sandwell in the West Midlands, explained that while Sara's team were happy with the figures she presented at the due diligence stage of the deal, they could not agree on the terms of the contract and Kameese decided to walk away.

She said: "It took huge courage - even now, I sometimes think 'was that the best decision to have made'."

But it is the scale of her ambition to create an international brand that means Kameese is thinking beyond the deal she left behind. She had to retain the decision-making power over the future of the business - something she felt she could not have done if she had gone ahead.

She explained: "Ultimately I want to be able to take the business to the highest level. I have to give myself the opportunity to go on and raise the extra capital I need to make that happen and fulfil the ambitions I have for the business.

Despite walking away from the £50,000 investment, Kameese says that the exposure from the programme and working with Sara's team has been hugely valuable.

And Sara's belief in her had given a massive confidence boost.

She said: "I want it on record that Sara and her team have been amazing, during the time I worked with them, they gave me an incredible amount of support and I really felt I was brought into their team and had people around me to help me navigate the waters.

"I don't regret going into the Den at all, the impact it has had on letting people know about my brand and raising awareness has been incredible."

In the Den, investors Touker Suleyman, owner of fashion brands Hawes & Curtis and Ghost and Vitabiotics chief executive Tej Lalvani questioned whether there was a big enough market for the products.

Kameese explained that all of her sales until that point had been made without any working capital or investment.

And since then she has smashed through her first year turnover target of £97,000 to eventually make full year sales of £170,000 - that's compared to £14,000 turnover prior to appearing on the show.

"That's not all the show," said Kameese. "There is no such thing as an overnight success and I have worked extremely hard to get here and still without working capital. 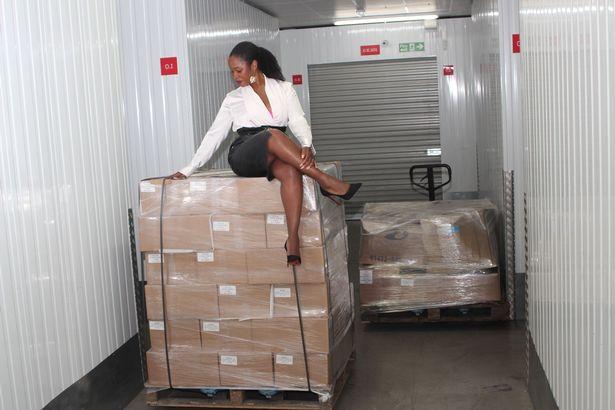 "The company continues to grow promising revenue profits each month and the challenge is now in keeping up with the demand.

"I think this shows the potential of what we could achieve with the right investment," she said.

Kameese said that Nylah's Natural's has attracted interest from a venture capitalist who had wanted to put in £250,000 while Sara Davies was also involved. But no deal could eventually be agreed on.

And it is not easy to secure funding as a black woman. Data shows that start-ups fronted by women, let alone black women, find it harder to raise initial funds than those started by men and face further hurdles convincing investors to back their growth.

This article in The Financial Times reports that all-women founding teams have received just 1.4 per cent of the €23.7bn invested into UK start-ups this year, according to Dealroom, while all-male leadership teams have taken almost 90 per cent of the available capital.

In a separate report called Diversity Beyond Gender: The State of the Nation for Diverse Entrepreneurs by Extend Ventures, a team aiming to diversify access to funding, revealed that black women entrepreneurs recieved just 0.02% of total venture capital invested in the last 10 years.

And while 2019 was a record year for UK venture capital with more than $13.2 billion invested in startups across the country – less than 2% went to all-ethnic founding teams.

Kameese explained: "When I'm asking for funding, as a black woman I'm working against the statistics. You have to demonstrate that your business is viable in terms of turnover but it is like putting the cart before the horse.

"I need the initial investment and working capital to be able to do that. It is demoralising but it is not about motivation, it is about commitment. I do think how many more doors do I need to knock on but of course, I only need one to open."

The truth is that Nylah's Naturals is something of a trailblazer. With a listing with Superdrug secured last year and high-level talks under way with two other High Street retailers, the brand is one of a few that is taking black hair products into the mainstream market.

"Going into Superdrug changed that and other retailers are following suit. There is a growing demand for products for black women who are reducing their use of straighteners and are choosing to celebrate their natural hair. It used to be you'd have small shelf at the back of the shop of straightening products full of toxic ingredients.

"It's a game changer for our customers to have a plant based product that celebrates our natural hair without pushing the subconscious message that straight hair is better."

Kameese is still working alone but is welcoming her first employee next week, a major milestone for the brand.

And Kameese continues to work flat out on the business, often at her computer by 5.30am, fitting in mum duties after school and being coaxed away from the screen at 10pm.

It is hard work but as Kameese admits - there is no such thing as an overnight success.

Plans for this year include developing the B2B side of the business and finding a co-founder who can lend retail experience.

Crucially, it is about securing investment to grow the business. She is considering a crowdfunder to harness the goodwill she has had since appearing on the Den.

"I am a one man band and I have proved there is a market for my products. Just imagine what opportunities there are available if I get the funding I need and I am going to get it, I'm not going to stop until I do."

Stay up to date with all our Dragons' Den news here