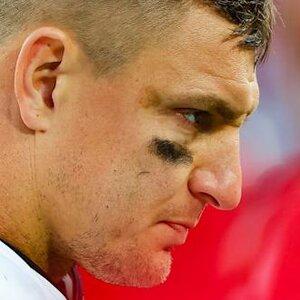 Another Believe in Tomorrow Prom Night and season are in the books and now, the respite house for families and caregivers of critically ill children has $163,111.88 to put toward its 65th Street beach house renovation project.

On Saturday, 258 attendees danced and partied until the early hours at Seacrets on 49th Street dressed in 1980s attire for the event’s 80s theme. BIT program coordinator Wayne Littleton said the walk-up crowd was “huge” compared to pre-sales that were “just OK.”

“The night went as well as it could’ve gone,” he said. “There were a lot of (Miami Vice actor) Don Johnson lookalikes and Madonnas. As far as I know, nothing went wrong. Secrets did an outstanding job. The food was great. Everybody was happy. When I left they were still there dancing.”

Littleton said that Prom Night in the past has attracted upwards of 400 people, but considering the wide age range of attendees, he said he thinks that some of the older partygoers may still be a little apprehensive about coming out due to the pandemic.

“And I understand. It’s a scary time for people," he said.

The money raised will be spent on the renovation of a beach house on 65th Street that the organization purchased in September, Littleton said. The property will be fashioned into another respite facility and plans are to connect it to the children’s house on 66th Street.

Taking home the honors for Prom King and Queen were Ocean 13 owner Jeremy Brink and Erica Weimer, who works for Pete’s Cycle in Baltimore.

Brink shared the honor with his 15-year-old son, Gavin, who was not in attendance, but he described as integral to their fundraising efforts.

“Gavin’s been great,” Brink said. “He sat and brainstormed ideas. He’s learned songs to play at different shows where he knew people would be donating.”

Funds raised by the pair were still being counted as of Tuesday, but Brink said he believes it’ll top out around $27,500.

One of the ways they raised money was by auctioning off a portrait of Gavin playing guitar with glam metal band, Steel Panther. The auction took place at Harborside Bar and Grill.

"It was very sweet of a 15-year-old to say, ‘Hey this picture can bring in money.’ And he was right. It did,” Brink said of his son. “The most amazing part was we played the show at Harborside and the lady who won it gave it back to us.”

Talking about the night, Brink said it was awesome seeing everyone decked out in their favorite 80s gear.

“It was amazing and it’s just an incredible event,” he said. “So many get behind it and it’s a great way to raise money. People get excited to support their candidate and it’s fun seeing all the ideas.”

Weimer raised the most money of anyone in the prom court, collecting $53,100.

“(This was) one of the best teams to (be able to) raise that much in a pandemic with a limited number of candidates than previous years,” Weimer said.

Unfortunately, she was unable to attend the event last Saturday, but she thanked her mother, Michelle Leach, who accepted the honors on her behalf and the family and friends who helped her along the way.

Courtney Blackford actually raised the second-most money on the prom court with $43,000, with Brink saying she did “amazing things” for BIT and the community.

“It was amazing,” Brink said of the Prom Court’s efforts. "All of us kind of checked in on each other and made sure things were running smoothly. I was donating things to anybody who asked — gift certifications, et cetera. A few took me up on that and I donated to their causes. At the end of the day, no one is trying to ‘win’ Prom King or Queen. We’re trying to raise money for BIT.”

This story appears in the print version of Ocean City Today on Feb. 11, 2022.