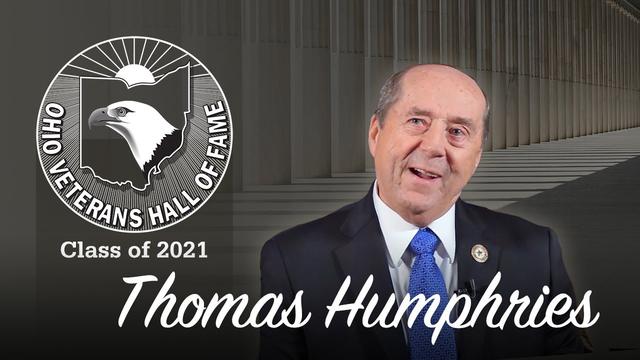 [Editor’s note: This story has been updated to correct the name of Canfield parent Miranda Johnson.]

Canfield Local Schools taxpayers will ultimately decide in the next year whether the school district moves to the city’s long-undeveloped Red Gate Farm property at Leffingwell and South Palmyra.

City and school officials on Wednesday announced the city intends to transfer 100 acres of the site’s 280 undeveloped acres to the school district for an about 200,000-square-foot new complex for students in pre-kindergarten through eighth grade to replace the district’s 52- and 61-year-old elementary schools and its middle school, which will be 100 years old this year. In the future, the district may also consider building a new high school at the Red Gate site, “when the time is right,” officials said.

In exchange, the city would receive the district’s 100-year-old Canfield Village Middle School, directly across from City Hall along Wadsworth Street, as well as its surrounding 9 acres, parking lot and transportation garage. Under the agreement, the district would also kick in $1 million toward the city’s plans for the old middle school — whether they be demolition or renovation — which must be set six months before the new school opens.

That’s all contingent on whether school district voters approve a 6.9-mill, 37-year bond levy that would raise $107.8 million for new school building construction and renovation. That measure will first be put to voters on the upcoming May 3 primary ballot.

Under the real estate transfer agreement approved Wednesday, the district has until June 2023 to pass the measure, said City Manager Wade Calhoun. So if it fails this May, the district can try again in November’s general election and again in next year’s primary, if necessary.

“It gets them three bites at the apple, essentially,” Calhoun said.

“This is possibly a once-in-a-lifetime shot where the Red Gate property is available and the city is willing to work with the school district,” he said. “And we are in desperate need. There’s some emergency. We have aging facilities and a time frame.”

Knoll gave an overview of the bond proposal during the school district’s regular meeting Wednesday that featured photos of dozens of buckets and bins clustered at one corner of the middle school’s gymnasium, catching water from the about a century-old building’s leaking roof, water-damaged ceiling tiles and heavily rusted utility pipes.

There are spots where water is penetrating into the middle school’s bricks — called “wicking” — or where bricks that have seen too many seasons begin expanding and contracting from cold and warm air and break apart — called “spalling.” But Knoll said the school’s “No. 1” issue is heating and cooling.

“I remember how relieved those kids were when they walked into City Hall because we had air conditioning,” he said.

A public meeting on the proposed levy and construction is set for 5 p.m. Feb. 17 in the Canfield Village Middle School’s gymnasium, 42 Wadsworth St. Starting today, residents can submit questions on the district’s website for a panel to answer at the Feb. 17 meeting, school officials said.

The city purchased the Red Gate Farm property in 2003 for $2.3 million, and in the intervening 19 years, it hasn’t attracted any real developer interest, Calhoun said.

“The conversations have stalled almost immediately when [they learn] there’s no utilities yet,” he told Mahoning Matters. “It’s a ‘call us when you get there’ type of thing.”

“That’s why our focus has been on the planning and getting utilities as far south as we can, to get them to develop Red Gate Farm,” Calhoun said.

Under the agreement, the city has until the end of 2024 to install utility lines to the Red Gate property, and will waive tap-in fees.

School officials released the full text of the agreement Thursday, which you can read below:

Knoll said the proposed centralized campus is also an opportunity to remedy teacher-to-student ratios that have drawn recent criticism from district parents.

Miranda Johnson, mother to a Hilltop kindergartner, led a series of public comments during Wednesday’s meeting on the elementary schools’ large class sizes. She asked why Canfield schools share physical education and art teachers, and asked why outgoing teachers haven’t been replaced.

“New buildings are not going to fix these issues,” she said. “If we pride ourselves on a tradition of excellence, how can we cram 28 kids into a classroom?”

Marisa James, an educator and mother of an incoming kindergartner, said she’s taught in classes of nearly 30 children before, and said the settings are “developmentally inappropriate,” “chaotic” and “not what is best for the kids.”

“[Kindergarten and first grade] are the years when these kids are getting the phonics program they need — the phonological awareness they need — to be readers,” James said. “Research from Reading Science Academy says if they don’t get that foundation by the end of first grade, they’re not going to catch up.”

Of the 177 days Johnson’s children will attend school in any given year, she estimated they’ll have music class on 87 days; STEM classes on 33 days; physical education on 21 days; and art education on 20 days; and they’ll visit the library about 10 times, she said.

“I really think we can figure this out by hiring new teachers,” Johnson said.

The district in January posted a general call for applications for elementary, middle and high school teaching positions “should one become available in 2022,” the listings read.

“Even if you were serious about filling these positions, I’m not sure anyone would take them seriously,” said Brian Shapona, who said his daughter attends C.H. Campbell.

Justin Dennis has been on the beat since 2011, covering crime, courts and public education. Dennis grew up in Poland and Salem and studied journalism and communications at Cleveland State University and University of Pittsburgh.