‘Flip or Flop’ Unveils Its Most Expensive Renovation by Far—Does It Pay Off? 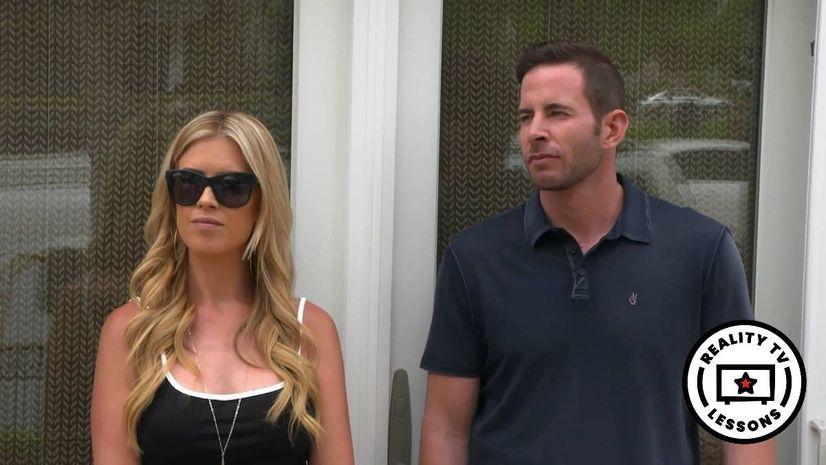 ‘Flip or Flop’ Unveils Its Most Expensive Renovation by Far—Does It Pay Off?

In the Season 12 episode “Townhouse Flip,” Haack and El Moussa buy a fixer-upper in the luxurious beach city of Corona del Mar, CA. They pay a shocking $1.4 million, which leads them to believe that their upgrades should be nothing but the best.

“The value is so high here that we can spend a lot of money,” El Moussa says at the beginning of the project.

“We can do whatever we want,” Haack adds.

Read on to find out how Haack and El Moussa go all out on this ultraexpensive flip—and whether their gamble pays off. Along the way, you’ll learn some ways to give any home a high-end look, some of which don’t even cost that much.

When El Moussa and Haack first see the townhouse, they know the exterior will need some work. The patio is covered in brick, and El Moussa wants to completely update the look.

“What I’m talking about is this entire patio, gone, rebuilt,” El Moussa says. “Maybe we put in some bi-fold doors right here, some big glass doors, open this up this way.”

They replace the brick with gray tile, put in sliding doors, and add a $4,750 custom fire pit.

“It makes you want to hang out outside, which, you know, that’s what we were going for, the indoor-outdoor feel,” Haack says.

While the expensive doors and the new fire pit elevate the space, it’s the new tile that really transforms this space into a chic, resort-style hangout. While brick can feel both charming and classic, modern tile will give any outdoor space a more luxurious feel.

A black and white house provides a dramatic contrast

“As far as paint colors go, I really like the idea of doing this area right here black,” she says, gesturing to the first floor. “And then, up there we can do white. That way it pops.”

They give the home a bold black and white upgrade, which looks great. The high-contrast exterior sets the stage for the modern interior, and it helps set the house apart from other homes on the block. This color scheme also proves that a high-end, modern look doesn’t always cost a fortune.

Watch: 6 Kitchen Improvements That Are Guaranteed To Pay Off 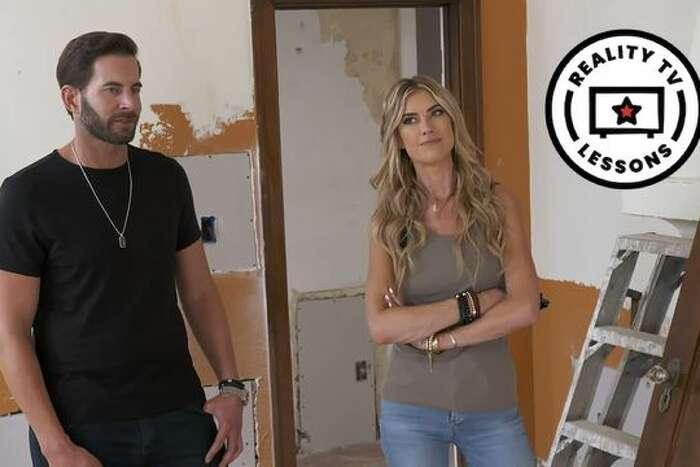 Add wood tones to warm up a modern kitchen

Inside, El Moussa wants to add an all-new, top-of-the-line kitchen but grossly underestimates the cost.

Battres laughs, saying, “Just the appliances are going to be, like, 15 grand!”

Still, El Moussa and Haack spare no expense, spending extra on custom black oak cabinets on the perimeter with a white oak island.

“We’re kind of going for an industrial-rustic look,” Haack says when showing El Moussa the samples.

The custom cabinetry is perfect for this high-end townhouse, offering a nice balance between a modern and natural style. The combination of black and white oak beautifully warms up a modern kitchen.

Backsplash not quite right? Paint over it

“The brick adds a really cool, like, industrial touch,” she says.

El Moussa likes the look. In fact, he likes it so much that he suggests using the brick on the entire kitchen wall, despite this costing an extra $15,000.

However, once the brick is up, Haack realizes it isn’t quite the color she expected.

“When I was looking at the sample, I thought it was all just going to be bright white. I didn’t know it was going to have variation. There’s a lot of gray in it,” Haack says, looking at the kitchen. “I feel like it’s really dark.”

She asks Battres to paint the brick bright white, freshening up the look. Painting the wall costs an additional $3,000, but Haack knows that, at such a high price for the home, the kitchen will need to be perfect.

When the kitchen is done, Haack is proud of the new color.

“We spent some extra money painting this brick bright white, but it was worth every penny,” she says.

Upgrade the staircase with a feature wall

The house has a grand staircase with an impressive 20-foot ceiling. Still, El Moussa and Haack don’t like the look of it.

“It’s weird because the stupid railing, like, bows out,” El Moussa says when first touring the house. They decide to replace the odd railing to modernize the space, then accentuate the high ceiling by creating a dramatic feature wall with wood and dark paint.

The feature wall costs $6,500 and helps transform this otherwise boring space with a high-end style.

Is this house a flip or flop?

El Moussa and Haack spend a ton of money on this house, buying the place for $1.4 million and spending an additional $482,500—the most they’ve ever spent on a renovation, as El Moussa says, “by far.”

Due to the high price of the house, El Moussa says, with closing costs and commission, the break-even price is $1,992,500.

El Moussa and Haack list the house for $2,699,000. But by the episode’s end, they’re still without an offer. Even for these experienced flippers, big gambles like this one don’t always pay off.