Germany’s first 3D printed house officially opened WE HAVE MORE NEWS FOR YOU! 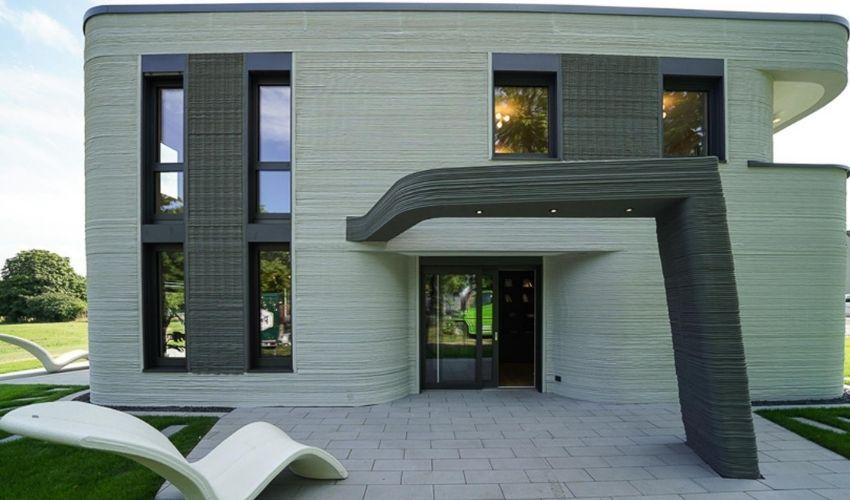 Germany’s first 3D printed house officially opened WE HAVE MORE NEWS FOR YOU!

On Monday, Germany’s first 3D printed house was officially opened in North Rhine-Westphalia. The house was “printed” using a nozzle that ejected special mortar and concrete.

The future of construction

On Monday, Ina Scharrenbach, the construction minister for North Rhine-Westphalia, officially opened Germany’s first 3D printed house in the town of Beckum. The house is a two-story building meant for a single family and boasts an ample 160 square metres of living space. The state approved and donated 200.000 euros to the project.

The house was constructed using a digitally controlled 3D printer that applied a special concrete using a nozzle. This method of construction not only saves time, with the state’s construction ministry claiming the printer can lay out a square metre in five minutes, but it can also be used remotely and allows for more difficult structures and shapes to be easily implemented in the design. It cuts down on the number of people needed in the construction process, which is particularly advantageous given the shortage of skilled workers in the industry.

An example for the rest of Germany

Scharrenbach praised the project, calling it a “far-reaching role model”. The minister hoped that the experience gained from the project would serve as an example for the rest of the construction industry: "Now it is important to gain experience with the building and to establish the manufacturing process on the market, because only more living space ensures affordable rents."

While the project is the first of its kind in Germany, there are similar projects in several other countries around the world, including the US, France, the Netherlands and Belgium, where buildings have been constructed through the use of a 3D printer.