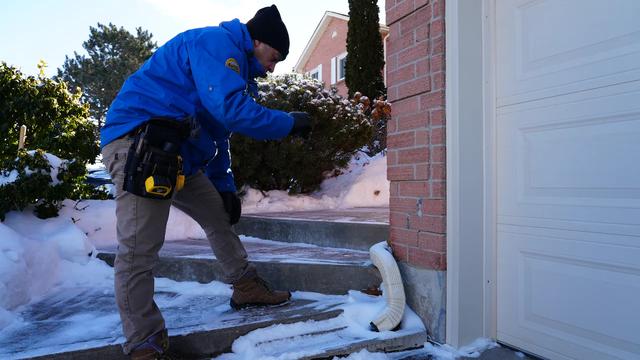 The current housing market is causing many buyers to forgo a home inspection prior to purchasing a property, something home inspectors say puts the buyer at risk.

“The housing market has changed since I started my business in 2008, especially in the last two and a half years,” said Bruce Jacobs, a registered home inspector who operates Jacobs Property Inspections in Waterloo Region.

“The inspections I do most often today are those after the home buyer gets the key to the house and they have possession.”

Leigh Gate, president of the Ontario Association of Home Inspectors, said that it is estimated that only 15 per cent of sales in Ontario include a home inspection.

“If we look at 2019-2020, probably about 85 per cent of homes were being inspected during a real estate transaction, and that has really fallen significantly,” Gate said.

“And the reason for that is the imbalance in the market. It’s been a 'hot' market for years. But it’s the imbalance that is the issue. And that’s supply and demand. There’s far less homes for sale right now than there is a demand for buyers. So, if you are going into a competitive bidding situation, because in Ontario we typically use the blind bidding system, for someone to stand a chance at buying a home, they would have to go in with their very best purchase price offer and they would have to remove as many conditions as possible.”

Jacobs said he has noticed more outside buyers in Waterloo Region.

“I think people see investment opportunities here because they know Waterloo Region is a growing community with lots of employment opportunities. Then, there’s the flippers who will buy whatever is available and then put the price up. And these houses are done so quickly, and they look beautiful,” Jacobs said.

He said that’s just the lipstick, but what’s behind the walls?

“You get a used car, it has to be safety inspected and it has to be certified, but you buy a house, it takes nothing,” Jacobs said.

“They are going in with a great amount of risk,” Gate said.

“What I find, is now you have people going in with their best financial offer on a house which means quite often, they are exhausting things like a potential repair budget. I’ve come in afterwards when a client finds out their roof or furnace is shot. These are not small fixes. This is when you get into tens of thousands of dollars in repairs.”

Today’s housing market is the most challenging that Val Brooks, president of the Cambridge Association of Realtors, has ever seen in her 30-year career in real estate.

Brooks said buyers want to take their parents advice but today’s market is different than when mom and dad bought a house.

“It is absolutely imperative to have a home inspection. It does make it challenging, however, being that we are in a market where there are multiple offers. If you do put a home inspection in an offer, in all likelihood, you will never get it,” Brooks said. 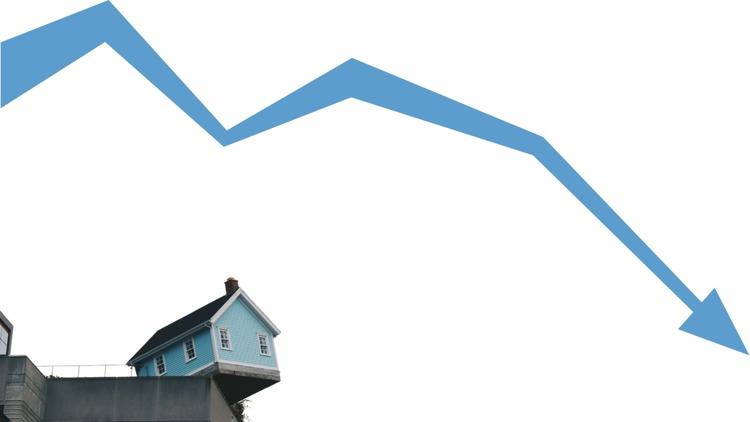 “More often, we see pre-listing inspections. I’ve certainly done that with some of my clients, which is to have an inspection done before a house is listed and then make that inspection available for potential buyers. Some people can say that it is weighted in the favour of the seller, however, if you have a viable and respectable inspector, he is not doing it in anybody’s favour. He's doing it on the condition of the house, not in the favour of anyone else.”

As a realtor, Brooks said reluctantly the advice for potential new homeowners is not to have a home inspection.

“It’s unbelievable what young buyers are having to spend on their first home. If they are spending $500 for a home inspection, they don’t even know if they are going to get the house. But at that point, what they are buying, is peace of mind.”

Gate said that typically with any house 15 years or older, there are systems in the house that are at the end of their life.

“Roofing and HVAC are the two most common failures after 15 years, but the importance of a home inspection falls to safety and cost. Number one, if there is an electrical issue in an older home or even things like missing stair rails, those can all lead to personal injury,” Gate said.

“The second thing is cost. Because you get into the house, and we know housing prices have gone up in Ontario, so you exhaust all of your financial resources just trying to buy a house. Mortgage rates are higher, payments are higher, and housing costs are higher. Once you do find a problem in the home, people may not have the budget to fix it or fix it properly.”

Jacobs said some people don’t have the background in terms of the operation of a house and by getting a home inspection, they can get the information they need.

“It’s what you can’t see. For example, in an attic, is there condensation, or is it ventilated? In 2008, most inspections were conditional. Everybody saw the main concerns of the house and then the seller, back then, would fix them,” Jacobs said.

Jacobs said he loves his profession as a home inspector over his year 40-year career in construction and home renovation. But for many of his colleagues, they have been forced to leave due to declining business.

“I try to promote inspections, but under today’s scenario, it’s just not happening with multiple offers,” Jacobs said.

Gate said the Ontario Association of Home Inspectors has seen a decline in membership.

“In 2017 we were at 500 members and today we are sitting at about 330. And the reason for that drop, is not only has business waned due to the imbalance in the market, but our operating costs are going up as well. Our professional insurance costs are rising significantly,” Gate said.

Jacobs said if more homes were inspected by qualified inspectors, home insurance companies would have fewer claims and mortgage lenders would have less risk.

“I believe it would be a big boost for the economy by creating more work for trades and services related to home improvements following the recommendations of home inspectors,” Jacobs said.

Brooks said there are more questions then answers with today’s challenging housing market.

“There needs to be change. It’s got to start from our government, provincially and locally,” Brooks said.

“Unfortunately, in this market, when the buyer has to go in with no conditions, it truly becomes ‘buyer beware.”