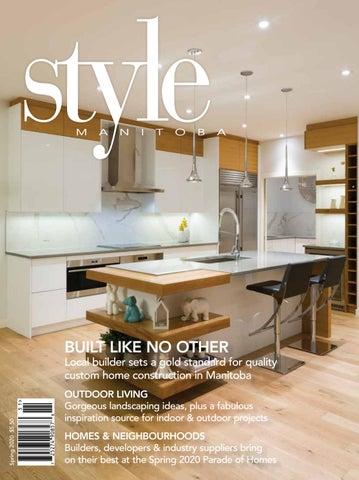 Dave Franklin has overseen many landscape and pool projects in his career as a an award-winning landscape architect and pool designer, including across 12 seasons of The Block. However, his most recent renovation of his family's home in Melbourne is probably the closest to his heart.

The renovation took two-years to complete and includes both the interior and exterior of the home. So far Dave has showcased the results in a virtual tour of the makeover on his Instagram page.

Stream every episode of The Block for free on 9Now.

Dave, his wife and two teenage children have lived in the house for 14 years. But after redoing parts of the house at various times over that period they felt it was time to give the whole property a new lease of life.

"We renovated every two years so it was like a bit of a patchwork quilt... my kids are getting older and they want to have a good pool area and a bigger house. So we thought rightio instead of selling it, let's renovate it," Dave told 9Entertainment.

READ MORE: How Dave Franklin feels about being The Block's most in-demand landscape architect

While it seemed like the right time to renovate, the actual project got kickstarted because of a stunning chandelier Dave and his wife bought while in Bali.

"We wanted to put it up the top of our staircase, but the roof wasn't that high so my wife said, 'Well now we have to do the whole house'. That was the catalyst believe it or not," he explained.

The aim of the renovation was to create a big, airy family space that included areas for the kids, such as their own bedrooms and ensuites. They also wanted to raise the height of the roof from 2.6m to 5.5m.

As for the style, Dave and his family went for what they describe as a "plantation meets eclectic theme'. The result of this is a fresh and vibrant vibe of someone who is well-travelled and little bit quirky.

"We wanted it to feel like a home. My wife has put trinkets pretty much everywhere in the house, so there's little bits and pieces everywhere that she's collected over time."

But anyone who has watched The Block will know renovating a house involves plenty of differing opinions. Though Dave and his wife mostly like the same things when it comes to interiors, there were a couple of stumbling blocks.

"With the loungeroom and everything in our house, we all agreed on [what we wanted to do]. The bathrooms she and I do not gel, and colour choices. Let's just say I went ahead and did something and we had to rip it out and redo it," he laughed.

Dave's favourite room after the renovation is at the top of the stairs where a big book case gives the space a library-feel.

Once the interiors were done, Dave moved onto the backyard and pool and now the front yard makeover is underway.

"It's amazing, it really is," Dave said of the finished renovation. "It's a beautiful family home — nothing's the same, which we love. It's got a bit of a story to it, and it looks like it's well-travelled so we really love it."

As for what 2022 has in store, Dave is busy with four TV projects underway including The Block and Open Homes Australia. He's also joined forces with former Block contestant Josh Packham for a new show.

As someone who has been part of The Block family for more than a decade, Dave is particularly exited about the show's 2022 theme: Tree Change. Unlike previous seasons, this year The Block is headed out of the suburbs to Victoria's Macedon Ranges. Teams will be renovating properties sitting on 10 acres of land each.

READ MORE: Everything we know about The Block 2022

"What we've noticed in the market, being a landscaper is that because of COVID people have gone and shifted out [of the city] and got hobby farms. I've seen what we're going to do out there and I think it's going to be one of the best seasons that's ever come out."

Stream every episode of The Block for free on 9Now.