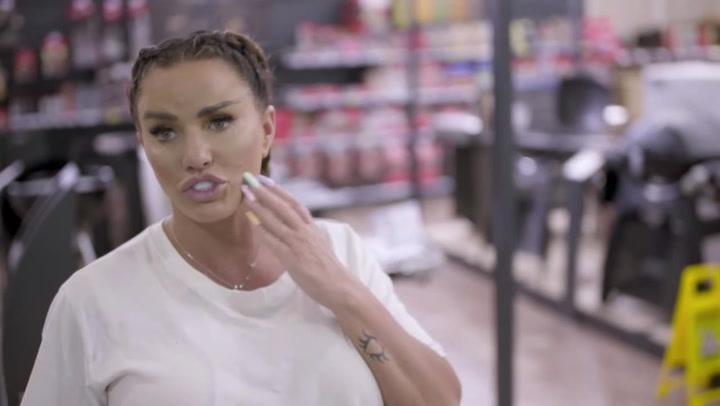 Katie Price, 43, has secured a new show on Channel 4 where she takes viewers around her home, known as The Mucky Mansion, and addresses the renovations it needs to get it back to its former glory.

Often known as Jordan, she shot to fame in 1996 as a page three glamour model before appearing in the third series of I'm a Celebrity... Get Me Out of Here in 2004.

The mum-of-five has made a career spanning a huge variety of shows, from reality TV to documentaries. In them, she has often shared intimate details about her life, like her famous relationship with her son Harvey, who she had with former Premier League footballer Dwight Yorke.

Over the years she is also known to have shared the details of her Mucky Mansion in Horsham, and her new show will focus on fixing the place up.

Back in 2019, Price went out of her way to give fans a look inside her home to try and prove once and for all her Mansion wasn't actually Mucky. But the mission failed when the video caught rubbish piled up on the floors.

At the time she said just thinking about sorting through all the mess gives her a "headache". In the stables, it even seemed as though the horses had been replaced by piles of clothes.

In the door to the stables, a huge pile of bird poo was visible and when the video panned up she saw evidence that birds had made a mess there.

She said: "Instead of a horse there seems like there's some bird s***." Cobwebs are everywhere and she admits she has nine garages "full of c***p".

"She says: It's exhausting to know where to start, which room which pile,"

"I don't need these clothes and I'm always saying what can I wear? Where do I start?"

Caretaker for her home in 2020, Charlie Farthing gave a grim image of the reality star's home.

He even said the smell of cat and dog pee was everywhere and that the wind blew through broken windows around the house.

He said the 11 bedroom house has piles of dog poo everywhere. Having worked for her over five years, he also said Price would stumble back into her West Sussex home with cash falling out of her bag. 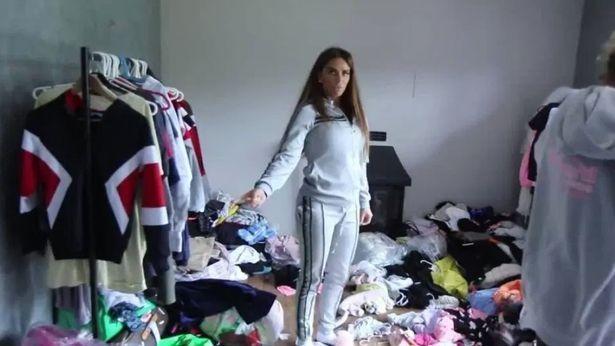 He also discussed how he found empty packets of drugs under a lone mattress she slept on in the house's annexe.

Speaking to the Sun he said: “I was tidying up the annexe and I was moving the bed about and there were a couple of little bags, empty wraps that looked like they used to have coke in them so I suspected she’d used them at some point.

“I didn’t see her drink that much in the house, or take drugs, but when she came back from nights out she was clearly off her head, so I knew she was on something.”

It was reported on January 14 that Price is set to find out how much her property is valued at in the upcoming Channel 4 show.

However, it is understood that the former glamour girl has lost around £1 million on the property after allowing it to fall into disrepair and a run of burglaries.

She picked up the country pile from Cabinet Office Minister Francis Maude in 2014 for £2m, and so time will tell as to whether it is still worth that much.

A source from the upcoming show told the Sun : "Katie knew it was in a bad state, but when she found out it's now worth less than a million - half its original value - while filming the new show, it was a real shock.

"She's going to do everything she can to get it back to its former glory and make it worth something again. It's a real disaster for her."

"And anyway it's such a mess that it would probably cost her a few hundred thousand just to make the place liveable again.

"The land is littered with flytipping, the cesspit needs to be replaced, there's fire damage and the ceiling is still damaged from the flood, so there's damp all through the house as well."

A source, who was once thought to be a regular visitor told the Sun : "The state of Katie's home may be under closer scrutiny now, but it's been that way for years.

"Dogs' mess has, on occasion, been left on the floor without being cleaned up, along with used kitty litter."

Other issues are well known with the property. Her pool has been seen mostly empty and a funny green colour, leaving Keith Lemon comparing it to a swamp.

In 2019 she also made a discovery that the cesspool in her garden hadn't been emptied in years and in 2020, some of the home was even damaged by a fire after the caretaker lit a bonfire next to the mock Tudor home.