Is Eddie Vedder’s ‘Brother the Cloud’ About Chris Cornell? 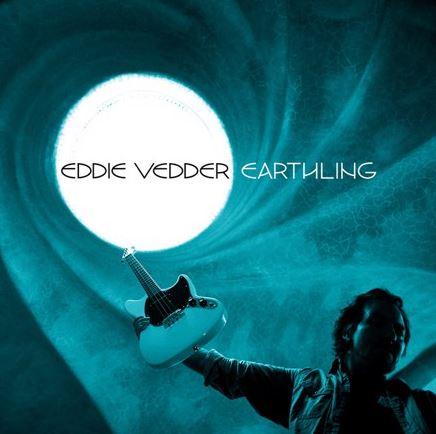 Is Eddie Vedder’s ‘Brother the Cloud’ About Chris Cornell?

Eddie Vedder's third solo record Earthling arrives later this week (Feb. 11). A few weeks ago, the Pearl Jam singer released the song "Brother the Cloud," and its emotional lyrics discuss dealing with loss, which begs the question — was it written about Chris Cornell?

Vedder and Cornell had a longstanding friendship that dates back to 1990 when the Soundgarden singer was working on an album called Temple of the Dog, which was a tribute to his late friend Andrew Wood. Vedder traveled from San Diego to Seattle to audition for a new group that Wood's Mother Love Bone bandmates were looking to start, as they were simultaneously working on the Temple album.

The two vocalists struck a connection, and Vedder was invited to sing on "Hunger Strike," one of the most successful tracks on the record.

Temple of the Dog, "Hunger Strike"

Pearl Jam and Soundgarden, of course, went on to become two of the most successful rock bands to come out of Seattle in the 1990s, and Vedder and Cornell occasionally sang "Hunger Strike" live together in the following decades. That is, until Cornell died by suicide in May of 2017.

Vedder didn't speak publicly about Cornell's death for a long time. In fact, he didn't really open up about the subject until an interview he did on The Howard Stern Show in late 2020.

"I've had to be somewhat in denial," he admitted, noting that their bond wasn't only rooted in music. "I was just terrified of where I would go if I allowed myself to feel what I needed to feel or what I was instinctively wanting to feel or how dark I felt like I was gonna go."

The lyrics could be about Cornell.

The rocker released the song "Brother the Cloud" in January of this year, and the lyrics appear to highlight his feelings about the death of his friend — the opening verse reads, "I had a brother / But now my brother is gone / Oh, I search the sky for a glimpse of his blue eyes / And there I find his image in the clouds," and the final lines repeat, "What are friends for?"

Reddit pages were flooded with speculation that the song is about Cornell soon after it was released. "I feel like this is Eddie Vedder’s song for Chris Cornell, I miss him so much!" one user wrote.

Cornell had blue eyes, yes, but there's a bit more to the backstory than people may realize.

In the same discussion that Vedder had with Howard Stern, he also explained that in 2016, his biological brother Chris died during a climbing accident in Africa.

"That one took me down so hard — and my brothers and my mom — I seriously didn't know if I was going to get out of that one," the singer recalled.

This is a fact that many on Reddit are also pointing out, however, some listeners believe that the song may be about both losses.

"I think the part near the end just completely gives it away like the other person said. I think what Ed was saying when he wrote, 'Put your arms around my brother my friend,' and the line before that as well, he was talking to his brother and Chris," a fan acknowledged.

Further proof that the song was at least partly-inspired by Vedder's brother came from his wife Jill on Instagram. A photographer named Danny Clinch, who's acquainted with Vedder, posted about the song on his page, and Jill Vedder commented, "Ed's little brother Chris is so missed by our family."

The pandemic caused a lot of loss for many.

And, finally, in a new interview that the Pearl Jam leader did with Variety alongside producer Andrew Watt, a more general meaning was given to the song.

"We’re in a time now of a lot of loss — this pandemic and saying goodbye to people. A lot of things have gone away from the way they were. People that were with you are not," Watt said. "The song is a very honest display of that ambivalence, anger and sadness. The most important job I had was to shut my mouth and make sure the microphone was on so we didn’t miss a fuckin’ thing.”

Ultimately, no one has given concrete confirmation that the song was written about Cornell, but there are plenty of reasons to believe that the late singer's death had an influence on it. Read the full lyrics and listen to the song below.