‘Licorice Pizza’ deserves to win Best Picture in 2022, and here is why 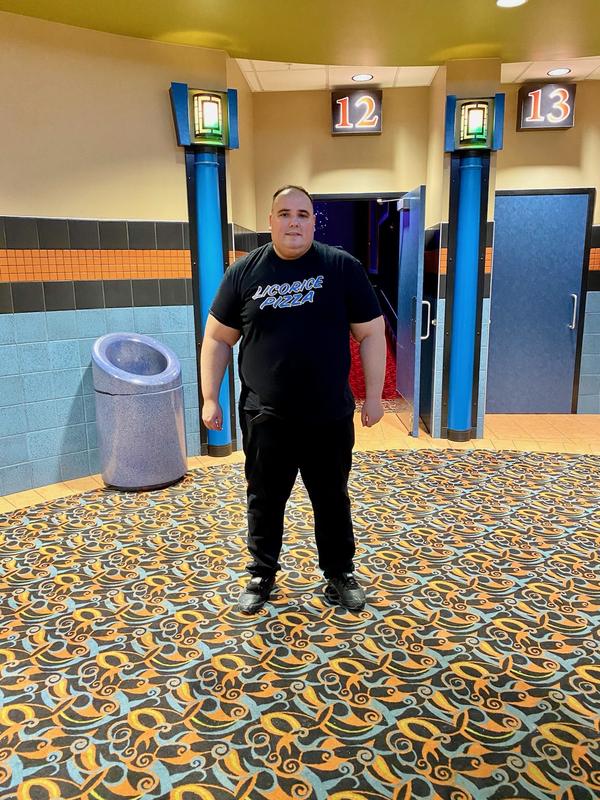 ‘Licorice Pizza’ deserves to win Best Picture in 2022, and here is why

“Licorice Pizza” is easily this year’s best film. It is one of those rare films in which the plot moves forward seamlessly, without anything too dramatic really happening. Gathering strength from its performances and visionary creative direction, it establishes itself as a realistic time capsule of California during the Gas Crisis of 1973. “Licorice Pizza” deserves to be this year’s Best Picture.

Winning 51 independent awards so far, with 154 nominations, “Licorice Pizza” is a front runner for Best Picture winner as nominations were released by the Academy on Feb. 8.

“Licorice Pizza” was nominated in three categories, all of which are indicative of a great film. The Academy chose to nominate this movie for Best Picture, Best Director and Best Screenplay.

If being chosen for Best Picture relies on some combination of acting prowess, a visionary director, and a lived-in world, then “Licorice Pizza” is a clear favorite for the crown. Utilizing its novice actors, the film plants itself in rich, believable soil, and the results it yields speak for themselves.

New leads Cooper Hoffman and Alana Haim lead the way as Gary Valentine and Alana Kane, respectively. We watch them grow together as their friendship expands under the summer sun of 1970s California. For more on the plot of the film, check out our “Licorice Pizza” review here. There are two main benefits to having novice actors with a veteran director. The first is their level of dedication. They work very well with each other under Anderson’s tuteledge. Without big name actors in these lead roles, he had to rely on the story being told well enough to hook the audience in.

Given the amount of critical and box office success this film has had, it can be reasonably inferred that the movie has succeeded in sinking those hooks into the audience.

So what have we seen so far to make this assumption? Well, Christy Lemire, writing for rogerebert.com, said, “Anderson masterfully navigates tonal shifts from absurd humor to tender romance with a couple of legitimate action sequences thrown in between. “Licorice Pizza” meanders in the best possible way: You never know where it’s going but you can’t wait to find out where it’ll end up, and when it’s over, you won’t want it to end.”

We have seen other films from legendary directors, late in their careers, get massive amounts of attention. At the 2020 Academy Awards, Quentin Tarantino’s “Once Upon a Time in Hollywood” received much acclaim, winning in the Best Supporting Actor category, as well as Best Production Design. It was nominated for 10 categories in total at the awards ceremony.

This film, “Licorice Pizza,” is a similar film from a director who has lots in common with Tarantino. This film, much like “Once Upon a Time in Hollywood,” is a step back into the past in California. What is different about this film though, is that this big movie isn’t anchored by Leonardo DiCaprio and Brad Pitt. This amazing film is utilizing its novice actors and making literal stars out of them. That is admirable, and certainly not something that every director can pull off.

Led by Paul Thomas Anderson, who is notorious for giving his actors the chance to contribute creatively to their characters, as well as tailoring the cinematography to their benefit, the two young actors shine together. The protagonist is Alana Kane, played by Haim, and her real-life association with the entertainment industry, in her capacity as a member of the famous family band, HAIM, lends itself to a great and believable performance on her part.

Robert Butler, age 38, film reviewer for DefactoFilms.com, and an independent filmmaker whose credits include 2019’s “Blood Immortal,” considers “Licorice Pizza” to be his definitive pick for Best Picture at this year’s Academy Awards Ceremony. 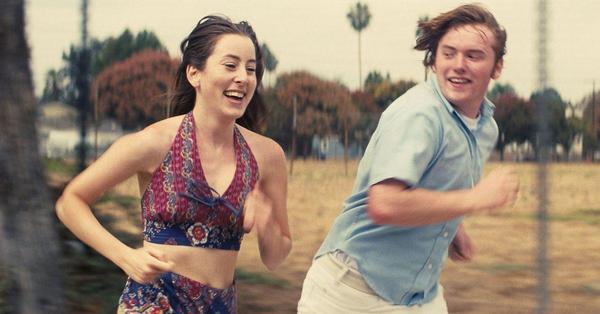 “The movie is really about the self-discovery of two people,” Butler said. “I think Alana is the main protagonist. Gary really builds her up to know what she wants in life. They kind of need each other to move forward.”

Many critics have cited Haim as one of the new actors who has that “it” factor. At times, it is impossible to keep your eyes off of her. Her long collaborative relationship with Anderson, who has directed multiple music videos for her band, has lent itself to a true superstar performance in “Licorice Pizza.” The acclaim for Haim is well deserved. Prolific director JJ Abrams has praised both young leads as well, when he said, “Truly incredible debut performances. There’s little better than going to a PTA movie.”

When you consider the other films nominated for Best Picture, it might be a hard fought contest. Jane Campion has had massive success with “The Power of the Dog”. And while both are period pieces, Campion’s film gets an extra boost from being released on Netflix, while “Licorice Pizza” was theater-only.

For true movie lovers, the choice is clear: “Licorice Pizza” must win. While Campion’s film is a crowd-pleasing western with social commentary, Anderson gives us something a little more real. The strength of the film relies on Anderson’s insistence on giving us a dreamy bird’s eye view of the Golden State in which the possibilities are endless. It captures the sweet summertime of our childhood with such ease, and this film really connects with many people this way.

Given Anderson’s past success with the Academy Award nominations, of which he currently has 25, one can assume he will be a safe bet come this year’s ceremony. However, Anderson also only has one win, with the well deserved Daniel Day-Lewis taking home Best Actor for 2007’s “There Will Be Blood”.

Still, this is a different type of film. The tone of the film is enough to warrant significant praise. This hangout movie has a joyous feel, and there is something less certain lingering below the surface. There are scenes here which give us a real sense of potential danger, and it showcases the uncertainty we can often have in our younger days. Jonny Greenwood, the revered guitarist from Radiohead, and a frequent Paul Thomas Anderson collaborator himself, comes through with a brilliant score that puts us ever so slightly on edge. It adds just enough of a darker element to give the film that multi-faceted and full-bodied feel.

Champions of this film have compared “Licorice Pizza” to Anderson’s other romantic comedy, 2002’s “Punch Drunk Love”. Butler cites this connection to the Adam Sandler-starring film as one of the more powerful points of the movie. “Very similar to Punch Drunk Love, in the way that two people come together,” Butler said. “It has idiosyncrasies and an offbeat vibe that resembles Punch Drunk Love.”

“The collaboration between the actors and PTA (is one of the strongest points of the film). His movies feel like jazz, where they have these long takes and the actors get to experiment,” Butler continued. “That great scene with (Alana) and her father is an example of that. Utilizing long takes and handheld shots, he just lets the camera roll and lets the characters breathe.”

Extra credibility is given to the cast of the film with aggressive cameos from Bradley Cooper and Sean Penn. Both actors leave it all on the screen, and neither wastes a single moment in their limited screen time. Though slight, these roles become impressive and interesting additions to their storied filmographies.

Critics are all about “Licorice Pizza” as well. As of now, it holds a 91% rating on Rotten Tomatoes.

“For one, it’s just extraordinary on all levels. One of those rare movies where everything is perfect on every level. Every sequence from beginning to end is perfect. Not a wasted moment, not a wasted character,” Butler said. “Certainly quality over quantity. This movie has a great spirit. It is one of those rare movies, it has just that exuberant feel to it, that is rare in cinema.”

If you haven’t seen it yet, check out showtimes and other info here.