Long Island home transformations: Before and after | Newsday 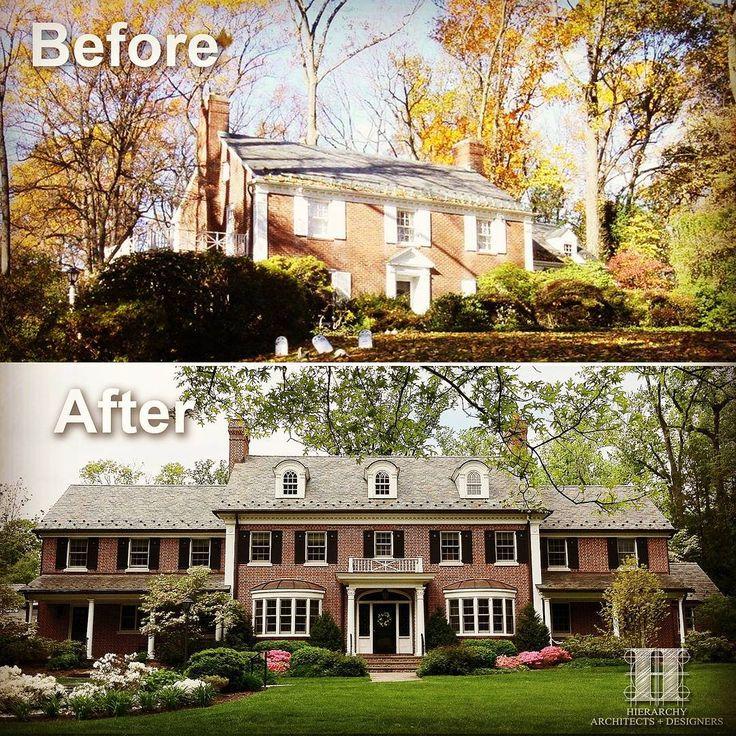 Long Island home transformations: Before and after | Newsday

Married couple Christina and Steven Tavarez flip houses together. In their 12 years running Azure Realty, they estimate that they’ve flipped more than 100, all over Long Island.

A few years back, Steven bought a house in Stony Brook as an investment opportunity. A real fixer-upper — the restored farmhouse sat in the heart of Stony Brook.

When Christina walked in, she felt an immediate connection. Forget flipping it for someone else; she was ready to move in.

"This house felt different, and the layout was so unique," she says. "I was really pressing him, saying, ‘That’s it, we need this house.’"

And although the couple was working in Queens at the time, creating a commute up to two hours, they called it "home." The couple renovated it in six weeks.

These residents shared their tales of dramatic transformation, the challenges along the way and how long it took them to turn their house into a home.

Steven Tavarez was 21 when he flipped his first house, in Hempstead. Now at 32, he’s learned the biggest challenge of the job: working with the unrealistic expectations of homeowners.

"There’s a false reality people get out of HGTV," he says. Sometimes a client will show him a Pinterest photo of their dream kitchen, and he has to break the news that it would be a $100,000 job.

"The price of goods has gone up tremendously," says Christina, 32. "So it’s hard to achieve that look from HGTV."

While renovating their own house in 2016, the couple found it difficult at first to "get on the same page with each other," Steven says. Many married couples face this roadblock while flipping, Christina adds — that, and being realistic about your budget.

The Tavarezes ended up eliminating a bedroom to make their kitchen bigger and adding a 10-foot marble island, ripping up their oak wood flooring to make way for updated ebony. They also built two fireplaces and redid their siding. The house is accentuated with touches of black, white and gold.

"We wanted a clean and modern, yet classic Hollywood look," Christina says.

She often pulls together interior visions using merchandise from HomeGoods, Marshalls and T.J. Maxx. When the renovation and interior design were complete, it took a few months to really settle in — once the construction dust settled.

The changes they made added value to the house — it was recently appraised at $1.05 million, Christina says.

"This was our first home," Christina says. "We were younger and didn’t know what we were doing. Now that we’re older and more experienced in homebuying, there are changes I would have made."

The couple primarily works with first-time homebuyers, and their advice to them has remained the same with each project.

"If you’re buying a house and flipping it, and not moving in right away, take your time," Christina says. "Don’t rush."

Steven's take: "Budget for the worst-case scenario. If you plan for everything to go right, you’re going to be disappointed."

Jill Podell enlisted the help of Smiros & Smiros Architects on her Brookville home. The transformation took place before she and her family moved in, in 2005. They rented a place nearby to be able to oversee the progress.

"We basically took it down to the ground," says Podell, 52. "It wasn't just raising the roof — we were using the footprint of the house but we created larger rooms."

But instead of several new, small rooms, she wanted to be mindful of her space and create large rooms, and expand the ones she already had.

"We wanted it to be a home where the kids could go into every room and no one would say, ‘Don’t sit there,’" she says, "and we wanted all the rooms to be usable."

For example, they got rid of an office and used the space to expand the dining room. They also turned a coat closet into a powder room.

Jim Smiros, who led the renovation, says the house initially looked like a 1960s-style ranch.

"They liked the location, but they weren't happy with the appearance of the home from the exterior," he says.

It just needed some updates — and a raised roof, to make way for a larger attic.

"We knew it was going to be a total redo," Smiros says. "We worked hard to preserve the main elements of the house while recasting it."

Smiros and his team did everything, from replacing brick and changing the roof shingles from asphalt to wood, to adding window arches and shutters.

Podell runs her own company, Jill Podell Interiors. With her designer's eye, she worked to give the house a more modern aesthetic within. Moving from a Manhattan apartment to a large Long Island home ended up being an adventure for her and her kids.

"The kids right away were super-excited," she says. "It wasn’t a challenge getting them to acclimate."

Jeff Stineback and his family moved into a rarity in Northport, he says: a small house on a large lot. It was 980 square feet with two bedrooms and one bathroom, on a half-acre property.

"It was just screaming to be renovated or expanded on," says Stineback, 45.

They ended up adding a garage and second floor to the house, which was originally just an attic. Everything to the right of the original property was added on, says Stineback.

"What was supposed to take four to six months, took 12 months," he adds.

Permits, inspections and electric and plumbing installation caused a delay into the winter months, and working in the snow was also a challenge. These delays added about $10,000 to the total cost of the renovation, Stineback says. That's because he paid for more builder's risk insurance due to the extended time period, and also had to undergo a variance process that ended up being unnecessary (but costly).

The family moved from Boston to Long Island, where Stineback’s wife is from. They stayed with relatives during the renovation.

Hiring a contractor whowife is experienced and trustworthy is essential, he advises.

And Stineback had a good handle on how everything was going, even when he wasn't on site.

"Keeping an open communication with your contractors is really important," he says. "If you’re not feeling that something is going right, tell them immediately and don’t be afraid to do that."

After finding the right furniture and getting comfortable with all the new space, Stineback, his wife and twin daughters settled in. After about a year, he says it really felt like "home."

"If you have an opportunity to find a house you can expand on, it’s such a unique thing on the Island to be able to do that," he says. "If you can do that, go for it and don’t be afraid."

Rachel Weiss joined Newsday in 2016. She is a real estate/living reporter. Rachel produces videos and is one of the hosts of Newsday's Alexa news briefings. She was also the lead reporter on Newsday's LI Acts of Kindness series.