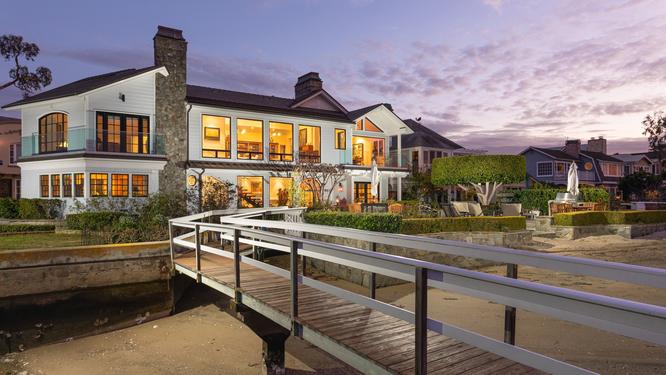 A Balboa Peninsula home featured in the 2007 MTV reality series “Newport Harbor: The Real Orange County” and home to its then-teenage co-star Allie Stockton has hit the market for $15 million.

The 3,971-square-foot Cape Cod-style abode has four bedrooms, five bathrooms and oversized windows that were part of a recent $1 million renovation of the 1972 home.

Two parcels make up the property, including a 4,032-square-foot lot on which the house sits. The other parcel boasts a bayfront 2,031-square-foot patio that steps down to the sandy beach.

There’s a private over-the-water dock patio and three boat slips that can accommodate three large vessels from its spot on a turning basin.

The home has 102 feet of bay frontage and harbor views from almost every room, including the second-floor gourmet kitchen with its 15-foot copper barreled ceiling, It opens to the dining room, connected to the formal living room.

According to the listing, the home’s primary living space was structurally re-engineered, enlarged and elevated as part of the renovation. 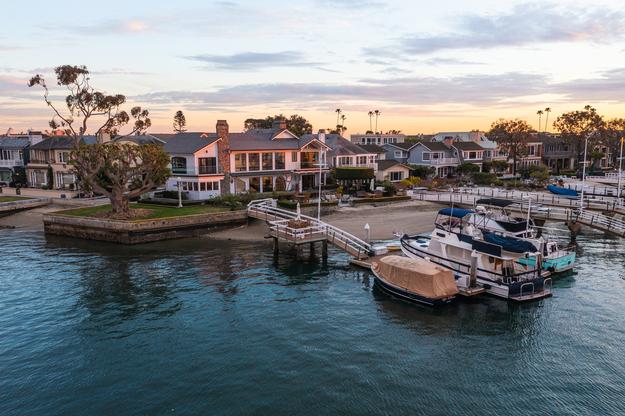 The ceilings were also raised.

Features of the primary suite include a bedroom fireplace and spa-like bathroom with dual marble vanities and a soaking tub.

The house also has two basements, a sunroom and a staircase-accessible attic for an additional 1,605 square feet of usable space.

“Newport Harbor” is where MTV’s “The Real Orange County” relocated after three seasons of teen drama in Laguna Beach in 2007.