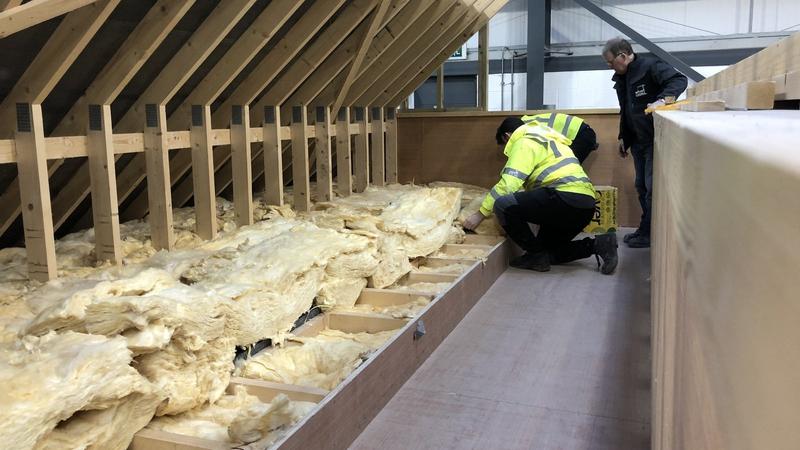 The Government has announced an €8bn retrofit scheme, which aims to bring half a million homes up to a B2 energy rating by 2030.

People will be able to apply for grants, limited at approximately €25,000, from March onwards.

This scheme will offer grants of up to 50% of the cost of a typical retrofit.

There will be grants of around 80% for minor works, such as insulating attics and cavity walls.

And a number of 'one stop shops' will be established over the coming weeks, providing an end-to-end service for homeowners.

The scheme aims to bring half a million homes to a B2 energy stander by 2030.

400 households most at risk of energy poverty will be eligible for a free energy upgrade each month.

Low interest loans for bigger retrofitting projects are also set to be announced later in the year.

Speaking at a press conference this afternoon, Taoiseach Micheál Martin said the announcement on retrofitting is a further example of the Government's commitment to meeting Ireland's climate objectives.

"Today we are taking another important step forward, we are supporting people to take action themselves, to upgrade their homes and to move away from expensive fossil fuels - and we will support them in doing that.''

He said the package of measures announced today will deliver "warmer, healthier and more comfortable homes, with much reduced energy bills".

Also speaking at the press conference, Tánaiste Leo Varadkar said the carbon tax is a "particular type of tax" that is ringfenced for climate action.

Mr Varadkar said that training to carry out the work only takes a few weeks for those who already work in the construction sector.

He also said that his Department will offer visas to any workers outside the EU who want to get involved in the retrofitting programme.

Green Party leader Eamon Ryan said 1.5 million homes in Ireland will have to get their heating system changed over the next three decades.

Low interest loans with a rate of 3.5% for the retrofitting of homes will be offered by Government this summer, Mr Ryan said.

He predicted that 2,000 homes this year will be upgraded under the plan.

Towards the end of the decade work will be completed on 75,000 homes every year, he said.

However, the scheme has been criticised by the Opposition, with Social Democrats Climate spokesperson Jennifer Whitmore expressing concern that people will still be unable to afford to retrofit their homes.

People Before Profit TD Paul Murphy said all homes in the country should be retrofitted from State funds.

Concern has also been expressed about labour shortages.

Sinn Féin's spokesperson on Climate Action has said that while a plan to retrofit homes was welcome, it will particularly benefit people with means "while working families who are struggling to get by will be encouraged to take on more debt if they want a warm house".

Darren O'Rourke added that renters and those on low incomes would be left behind under the scheme.

He added that so far the delivery of retrofits by the State has been "very slow".

The Minister of State for Public Procurement and eGovernment has said he disagrees with claims there will not be a sufficient building workforce to hit the targets for retrofitting homes. 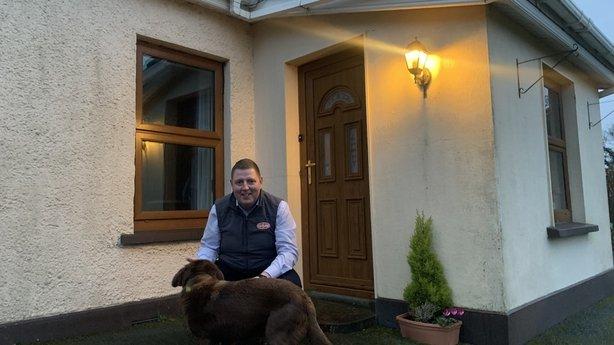 Ossian Smyth also rejected that the scheme will divert workers away from building homes.

"We have calculated with economists that in the time it takes to build one home, you can retrofit 10 homes," he said.

Speaking on RTÉ's Drivetime, Mr Smyth said it is only taking 10% of the labour force away from building homes.

He said 4,500 people are being trained up this year to retrofit homes and 2,000 were trained last year.

Mr Smyth said the scheme "is about giving certainty to people and to builders about what we are doing for the next 10 years".

"We are sending out a signal, which is that we are spending €8bn between now and 2030 on making people's homes warmer," he added.

"People are cold in their homes and they have huge bills. This is the right approach to cut their costs."

Mr Smyth also insisted the introduction of a carbon tax "is definitely going to happen" this year. He said "it is in law".

They want to renovate the house, which is heated by an oil range and solid fuel stove, and bring it from a G energy rating to an A rating.

"It’s already served many generations in the past, so we want it to suit a couple of more generations to come," Mr Devaney said.

"The key thing is to make it more sustainable," he said.

As part of the renovation, they are considering internal and external insulation, a new heating system, and new windows.

Getting grant support is paramount for their retrofit and renovation.

"Any sort of help is welcome. But with the cost of materials going up every day of the week, if the grant support is going up that's going to be very useful," said Mr Devaney.

Scheme will not address challenges - SJI

Meanwhile, Social Justice Ireland has said the retrofitting grant scheme will not address the challenges faced by low-income households living in homes with poor energy efficiency.

Its Research and Policy Analyst said retrofitting is not an immediate answer to dealing with increases in the costs of living.

In a statement, Michelle Murphy said while the benefits of retrofitting homes are clear, the returns are long-term so today's announcement will not address the immediate challenges faced by many people dealing with increases in the cost of living.

"Furthermore, the scheme announced today fails to deal with issues around energy subsidies and energy poverty. Too often subsidies are only taken up by those who can afford to make the necessary investments.

"Retrofitting is a prime example. As those who need them most often cannot avail of them due to upfront costs, these subsidies are functioning as wealth transfers to households on higher incomes who can avail of them, while the costs (for example carbon taxes) are paid by everyone," said Ms Murphy.

SJI’s CEO Dr Sean Healy said that to avail of the retrofitting grant of €25,000, a person or family would still need access to at least €50,000 upfront to fund the cost of the retrofit.

"This is prohibitive for most people on low incomes," he said.

Social Justice Ireland has called on the Government to look at examples of international best practice and apply these to Ireland.