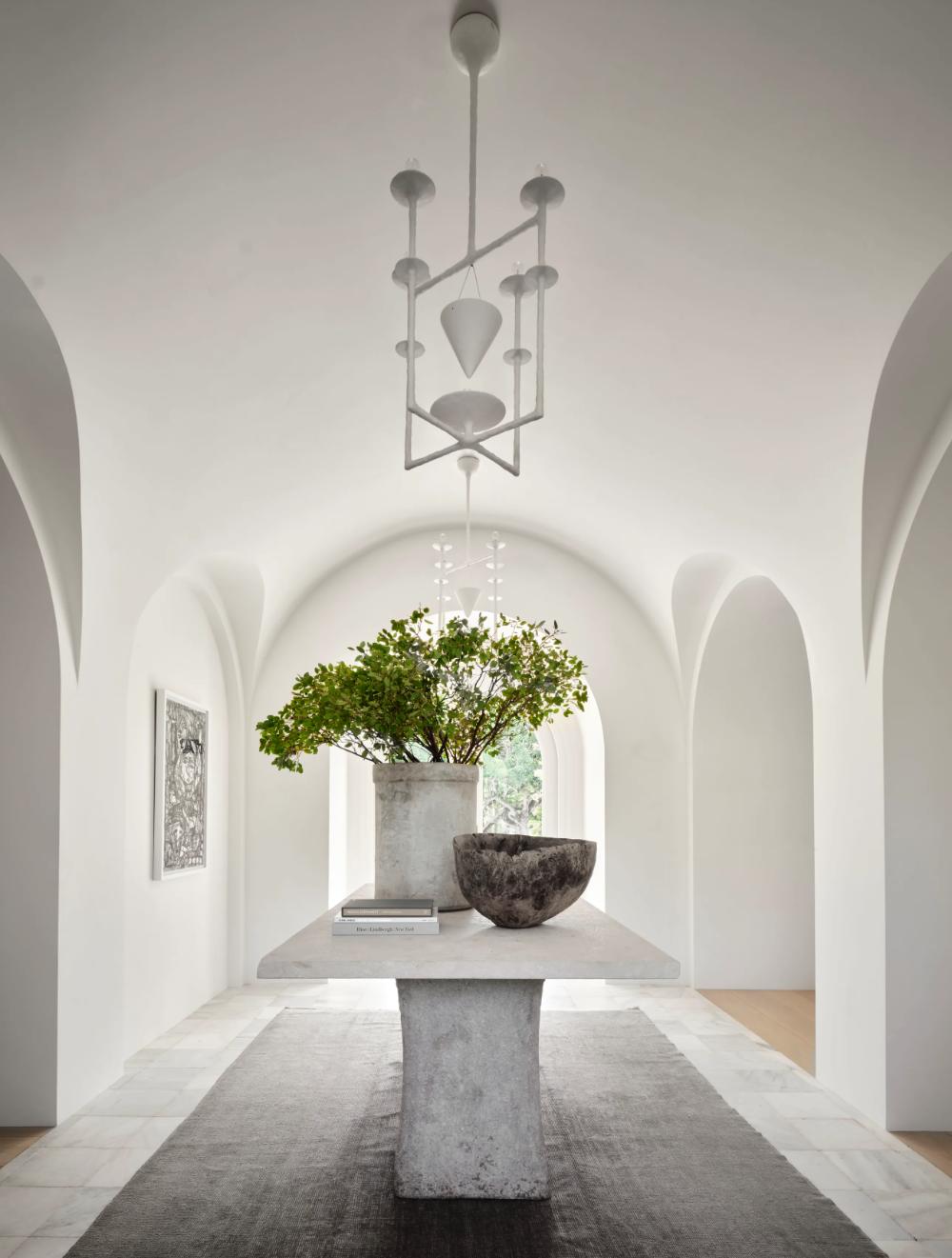 It didn’t take long after its premier last December for The Real Housewives of Miami to descend into intrigue and drama—both hallmarks of the popular global television franchise that has amassed millions of fans over the years. But for Dr. Nicole Martin—a new addition to the recently revived show on Peacock—a freshly renovated waterfront estate in Coral Gables, Florida, offered a measure of tranquility.

“It was really important that the house felt cozy and homey,” Dr. Martin says. She’s a Miami native whose medical career began and continues at the University of Miami, where she is an assistant professor of clinical anesthesiology. “Sometimes when you take on large scale renovations like this, the house could end up feeling cold. We didn’t want that.”

She and her husband, attorney Anthony Lopez, spent just over a year gut-renovating the 9,000-square-foot home, which features a stunning 500 feet of waterfront. The couple employed Manny Angelo Varas, CEO and president of luxury home builder MV Group USA, to work with interior designer Briggs Edward Solomon on the gut renovation of the 2.2-acre property. Notably, Solomon has designed interiors for a number of boldface names in Miami including former Major League Baseball player Alex Rodriguez, while Varas has collaborated on luxury projects with global design stars such as Giorgio Armani.

Double-height ceilings inside the property are framed by large picture windows that allow sunlight to pour into the Mediterranean-style home, which is lined with European elk wood flooring throughout. Elsewhere, cream colored walls give the living room a relaxed and comfortable feel. Inside that space, white linen sofas serve as anchoring forces while leather Pierre Jeanneret lounge chairs, cast bronze side tables, and a midcentury Jean Prouvé daybed make for appealing accents. The furnishings sit atop a textured hemp rug by Woven Accents. 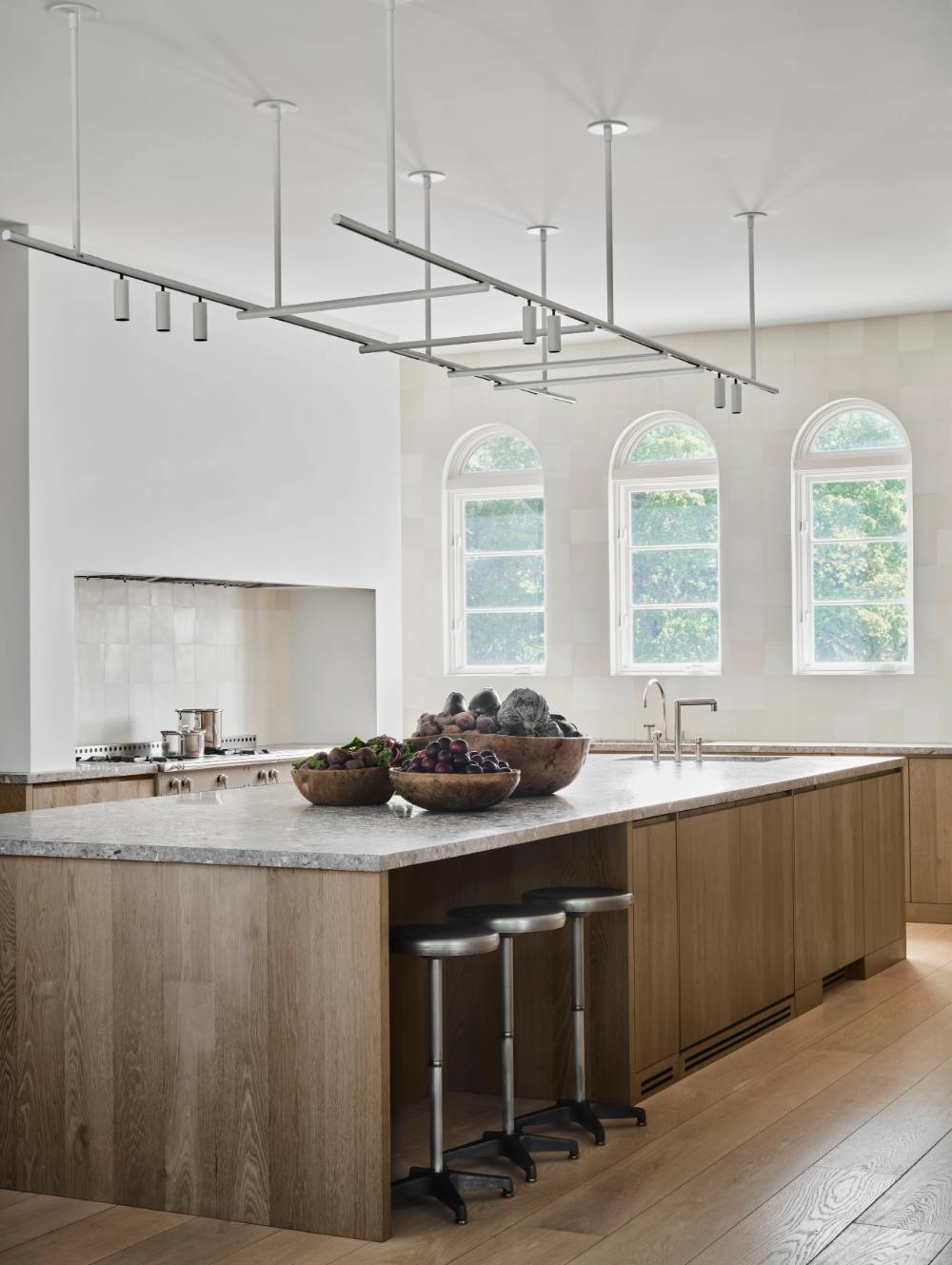 The property was also designed for entertaining, Varas says. He installed a 3,000-bottle wine cellar with professional-grade temperature and humidity control and a plush, 20-seat movie theater to help facilitate the couple’s love of opening their home to guests.

That emphasis carries through back into the living room, where an oak bar and black granite countertop was added. The teak and leather bar stools are by Pierre Jeanerrette while the carpet is an antique Mallayer rug. The carpet is in the dining room, which includes a triple dome chandelier in dark waxed bronze and a 12-person dining table designed by Briggs & Co. too. “Nicole and Anthony both enjoy having friends and family share their home,” Varas says. “So it was important to create communal spaces that not only added luxury, but also felt inviting for everyone.”

Showcasing the couple’s art collection also served as a guiding force in the home’s design and renovation process. As lifelong collectors, they have amassed artworks by Cuban artists such as painter and sculptor René Portocarrero and Victor Manuel García Valdez, an early member of the Vanguardia movement of artists who utilized European concepts of Modern art to create distinctly Cuban aesthetics.

Nonetheless, for car afficionados, the best collection of works of art might just be Lopez’s growing car collection, which clocks in at 15 and includes a 1954 Porsche Speedster and a 1951 Jaguar. They, in turn, made for a challenging engineering feat, as a set of three two-car hydraulic Italian car lifts were installed in order to properly house them. Clearly, even in the garage, the sky’s the limit at this Miami home when it comes to design.