The House Opens the Door to the True Horror of Home Renovation | Tor.com 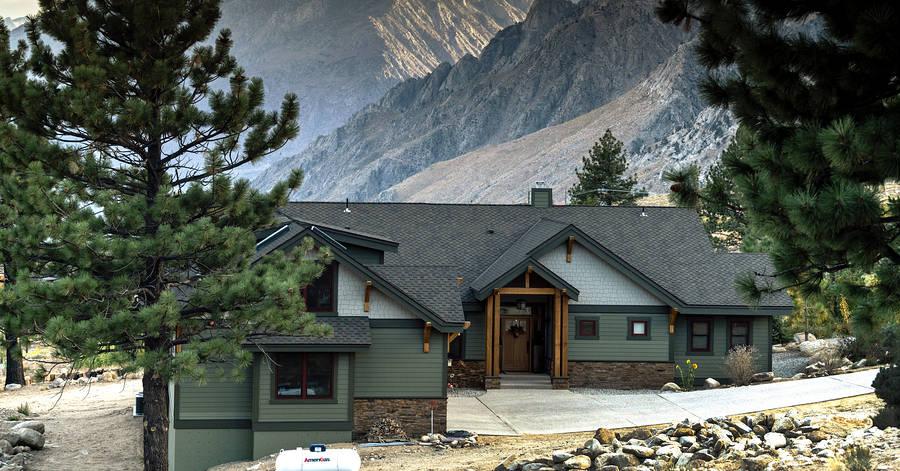 The House Opens the Door to the True Horror of Home Renovation | Tor.com

The House is adorable. Well at least I found it adorable.

It’s an animated anthology film featuring three vignettes about a possibly cursed house. The film as a whole was written by Enda Walsh, who worked with different directors for each segment: Emma de Swaef and Marc James Roels did the first, “And heard within, a lie is spun”; Niki Lindroth von Bahr did the second, “Then lost is truth that can’t be won” with Johannes Nyholm co-writing; Paloma Baeza did the third, “Listen again and seek the sun.” Each segment has its own tone, but all three are unsettling in different ways.

In the first, a family leaves their beloved old house for a shiny new one, only to find that eerie changes come over them after the move. In the second, a go-getting rat voiced by Jarvis Cocker is determined to fix the house up and sell it—but the resident roaches and fur beetles have other ideas. In the third, a very repressed cat is determined to restore the house to its former glory despite the flood waters that are rising on all sides of her property.

I found each section instantly involving in that way that animation, and particularly puppetry, can be. In the first section, the human family look like homemade dolls come to life. The rats and cats of the second and third section are beautifully expressive, with constantly flowing fur and swiveling ears, and button eyes that see right into your soul. (There are few things in life I enjoy more than realizing that I would protect that piece of felt with my life if necessary.)

It helps that each segment balances beautiful animation with a sense of true uncanniness. None of the sections ground you or give you any sort of way in—you’re dropped into the story and you can either go with it or reject it. And without spoiling anything, I thought the way each section shaded into increasing surrealism was perfect. I love love love it when a movie or television show treats me like a frog in a pot of hot water—in this case, it was a lot of fun accepting each new reality The House gave me, only to realize that those realities were being bent and turned upside down as we went along.

The acting is also uniformly excellent, but I want to give extra points to Jarvis Cocker as the Developer in the second segment, because he so exactly hits his character’s notes of rising hysteria.

And speaking of that, thematically I think there are two things going on here in The House… or maybe three.

First of all, abandon all hope, ye who enter home renovation. This movie is absolutely made for apartment dwellers like me, who can sit in smug self-satisfaction through the entire film, only to have it dented the next time we have to write a horrific rent check.

Buy And Then I Woke Up from:

But more seriously: The third vignette especially read to me as a direct response to climate collapse, and to the people who refuse to take it seriously. In less than thirty minutes, “Listen again and seek the sun” did a better job than all 138 minutes of Don’t Look Up, as far as I’m concerned. The youngest member of the household, Elias, does his best to cope with the world he’s been given, catching fish to feed himself and use for rent. The older cats, Jen and Cosmos (who at least got to have some fun before the flood), lose themselves in reveries about chakras, crystals, and spirit planes. Trapped in between them is Rosa, the owner of the house, who desperately wants to refurbish it and get back to normal. The fact that “normal” is impossible is obvious to the others, but she can’t see it—she refuses to accept that she’s not going to get the future she thought she was promised. It’s neat and elegant and infuriating by turns, and holy crap did I find myself loving Elias, who I’ll go ahead and call the film’s GenZ representative.

The third theme is a bit more ethereal, and I think what the filmmakers were going for most.

You have to let go. Yes, you there, reading this. And me, typing this. At some point, you’re going to have to let go of a place you love, or a plan, or a person. Most likely, if you live long enough, you’ll have to let go of all of those things plus a lot more. And it fucking sucks, and I’m sorry if this is how you’re learning this because you deserve someone better than me telling you, but here we are. At its best The House is spinning off of that idea. The father in Part I, “And heard within, a lie is spun,” came from money, and can’t fully let go of his vision of himself as an upper-class person who deserves wealth, status, servants—even though he acknowledges that his birth family is terrible. His desire to go back to his rich status quo turns into a trap.

In the second section, “Then lost is truth that can’t be won,” the Developer has staked his whole sense of self (and a lot of bank loans) on creating a chic, marketable house. He can’t see that his vision is lost on most of the people who turn up for the viewing, or that the foundations of the house are compromised. And most of all in “Listen again and seek the sun”—poor Rosa refuses to accept that her plan for the house simply isn’t feasible anymore. She has this platonic ideal of the house in her head, and a platonic ideal of “proper” boarders to rent her flats, and it blinds her to the potential charm of her current situation. It also makes it impossible for her to roll with the changes wrought by the flood.

To be clear, however, The House is fun to watch. It’s creepy and weird and delightful. This is exactly the kind of movie my friends and I would have passed around like currency when we were in high school. I’m glad that there are deeper themes to be teased out, because I enjoy teasing deep themes, but none of that would matter if not for the witty scripts and gorgeous stop motion, and you can absolutely immerse yourself in this strange world and enjoy it.