These Bay Area women are building the kosher kitchens of their dreams Also On J. 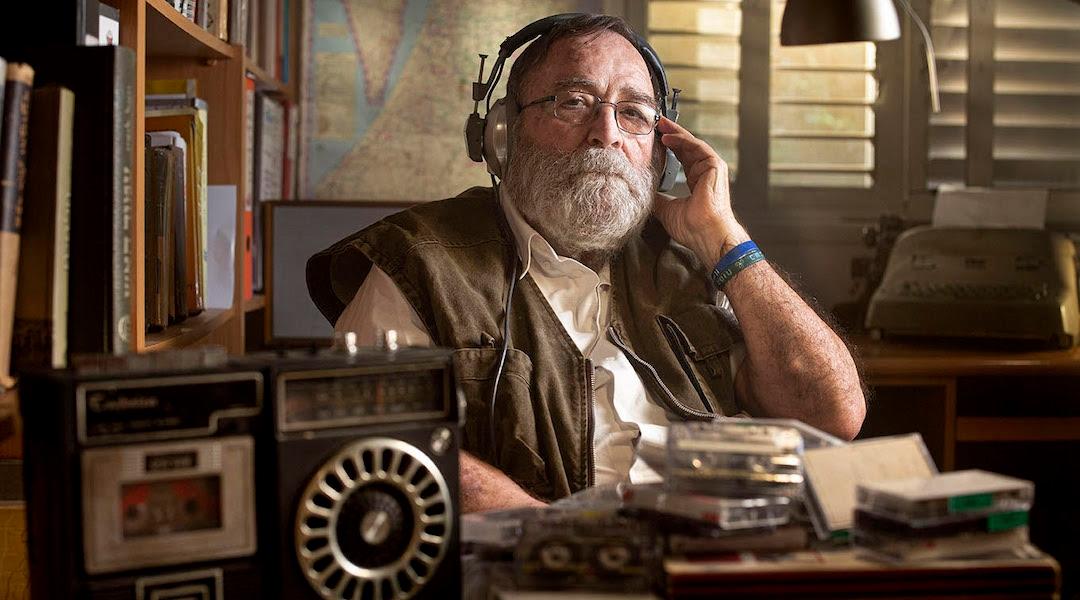 These Bay Area women are building the kosher kitchens of their dreams Also On J.

Thanks to modern technology, you can buy a luxury refrigerator that has a built-in function for “Sabbath mode.” In fact, there’s a whole range of kosher-certified appliances that Bubbe and Zayde could have never imagined. These days, every choice you make — from the materials for your kitchen counter to the storage options for multiple sets of dishes — can elevate a kosher kitchen.

And Jews in the Bay Area are taking advantage of the opportunity to build their dream kosher kitchens amid the pandemic-induced home renovation craze.

Over the past two years, the kitchen has been transformed into a space serving functions well beyond just meals. For example, the table where you eat your dinner can change into a work desk where you boot up your laptop the next morning.

So it’s of little surprise that the kitchen was the most popular target of Americans’ remodeling dollars in 2020, according to a survey of some 75,000 people by the home renovation site Houzz. Moreover, the average amount Americans spend on major kitchen remodels is going up, from $35,000 in 2019 to $40,000 in 2020, the survey found. And the amount spent on major and even minor kitchen remodels continued to climb through 2021, Houzz reported.

In the Barron Park neighborhood of Palo Alto, Lorri Lewis is in the middle of her dream kitchen renovation. Lorri, 73, and her husband, Rabbi Sheldon Lewis, who served Congregation Kol Emeth in Palo Alto for 33 years before retiring in 2007, live in the same house where they raised their children. They moved in when it was brand new, in 1976.

The family has always kept a strictly kosher home, performing the ritual hand-washing (netilat yadayim) before meals, disconnecting from all technology on Shabbat, and separating meat and dairy. Lewis, an avid bread baker, keeps six sets of dishes, though in her small kitchen there wasn’t enough room to store them together. Last year, one of the burners on her 45-year-old stove stopped working and the oven no longer self-cleaned.

“Things were just rusting out and looking ghastly,” Lewis said.

She’d been mulling the idea of renovating her home for years, but in the spring of 2021, her outdated kitchen and its low-functioning appliances convinced her the time was now.

“We had to do it because things were just falling apart,” Lewis said.

A friend connected her with Debra Winston, a Jewish interior designer who coincidentally had once been invited to Lewis’ for Shabbat dinner decades earlier but wasn’t able to make it. When the two women convened to discuss the kitchen remodel, Lewis said she felt a kindred spirit with Winston, who had been brought up in a kosher home and kept one throughout her life.

“She had the insights into the project that I needed without having to explain every last detail,” Lewis said.

Winston designed a new footprint that turned the kitchen and dining room into one open room, and added an island that stores dairy kitchenware on one side and meat kitchenware on the other. It has a second prep sink for hand-washing, food preparation and cleanup. And she added a second dishwasher, so Lewis no longer has to use a portable one to clean her meat dishes and utensils.

“The most important thing in a kosher kitchen is storage, because you have to have dairy and meat of everything — plus Passover,” Winston said.

Lewis likes to bake her own bread, especially sourdough; she says she hasn’t bought a loaf of bread in more than 10 years. Winston added a baking center next to the wall oven, and a tall, pull-out pantry for flour, canned items and dry goods. There is additional storage in the built-in buffet in the dining area for Passover dishes, many of which belonged to Lewis’ mother. Prior to the renovation, these dishes were tucked away in a laundry room cabinet. 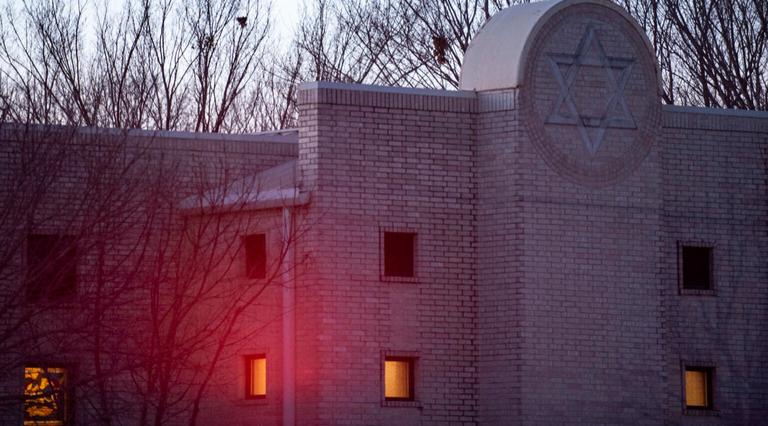 Star-K, one of the largest kosher food certification agencies in North America, also has a web page that’s something of a catalog for kosher appliances. Lewis perused it and decided on a Wolf wall oven with “Sabbath mode” that allows her to program the oven to run at a prescribed temperature at a set time during Shabbat and Jewish holidays.

“I checked everything through Star-K,” Lewis said. She chose quartz countertops and a stainless-steel main sink with an extra-large basin for her baking sheets. Both materials are easy to clean and nonporous, able to withstand the boiling water that is used for kashering. That kind of durability was not a feature of older kitchen materials.

“In the past, they would have to put aluminum foil over the Formica because it couldn’t be kashered,” Winston said, recalling her grandmother’s kitchen in Kansas City, Missouri.

“I always think back to my grandmother’s kitchen, which was a tiny, little galley kitchen, and she would have 20-some people over for the holidays. And she managed,” Winston said. “It’s truly a luxury to be able to have all these wonderful storage opportunities, great appliances and materials that are good.”

Also in Silicon Valley, Winston got Bonnie Slavitt of Los Gatos started on a full home remodel, which was designed and completed nine months ago by Gloria Carlson, a Jewish senior designer at Harrell Remodeling (Slavitt’s kitchen appears on the company home page).

Slavitt, 75, led J. on a tour of her “dream” kosher kitchen. Its best features, she said, are the innovative storage solutions. Double-decker drawers separate utensils from soup ladles — she has a drawer for meat, and one for dairy. In the corners of her kitchen, drawers of Tupperware spin outward for easy access. The kitchen island is Slavitt’s favorite, due to its popping blue paint. It’s similar to Lewis’ in function, separating meat and dairy kitchenware seamlessly. Two pull-out cabinets with three levels neatly store her spices and oils. Gone are the days of schlepping her Passover dishes from their color-coded bins in her garage to the kitchen cabinets.

Back then, “It took me two to three days, cleaning out the kitchen, bringing it in, emptying it,” and doing the same in reverse order for her non-Passover dishes, Slavitt said.

Unlike Lewis, Slavitt did not grow up keeping kosher. But she gave up her fondness for eating shrimp, lobster and clams when she was living in Phoenix in the late ’70s and participating in the Jewish Federation’s young leadership program. She was on a retreat, engaged in conversation with a Reform rabbi from Hebrew Union College, who admitted to the group that, unlike all of them, he kept kosher.

“Everybody was very surprised,” Slavitt said. His reasoning, she recalled, was this: “It’s not as if God’s going to zap me if I eat the wrong thing. It’s that every time I stop and eat, I have to stop and think about what I’m eating, and thank God for the food.” For Slavitt, “that made the most amount of sense. So I turned to my husband, and I said, that’s why I want to keep kosher,” Slavitt said.

They started small, with just one set of dishes and cookware, buying only kosher meats and food products. When the marriage ended, Slavitt ramped up her commitment, amassing kitchenware and tools for dairy and others for meat. It wasn’t until the second night of Rosh Hashanah in 2021 that she was able to show off her newly remodeled kosher kitchen. She prepared a feast of chicken soup with matzah balls, brisket and “the works,” as Slavitt put it, for 10 dinner guests. The meal preparation was easier than ever, with everything in its place, and a place for everything.

Slavitt credited her impulse to purge items from her old kitchen for inspiring how her new kitchen would be laid out.

“I would look at the kitchen and things and say, Am I going to use this? And if I’m not going to use it, get rid of it. Donate it, just get it out,” Slavitt said, sharing her tip for any prospective kitchen renovator.

Winston said a dream kosher kitchen doesn’t have to cost a fortune. “People always find a way to make it work,” she said, noting that refrigerators cost from $800 to $10,000, depending on preference.

“The sky is truly the limit,” Winston said, “and in Silicon Valley, people go up there.”