They thought they were getting a home makeover. It turned into a fiasco 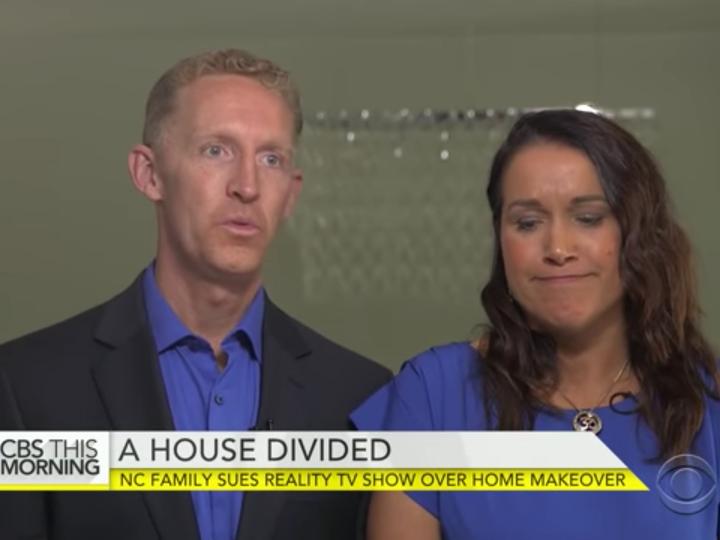 They thought they were getting a home makeover. It turned into a fiasco

Four years ago, Aubry Bennion bought a 1950s house on half an acrejust north of Salt Lake City. It was small, but she was smitten with the red brick facade with its scalloped trim.

“It’s, like, my little baby. I love it so much,” said Bennion, who shares pictures of home DIY projects on her relentlessly cheerful Instagram account, alongside pictures of popsicle-color manicures and vibrant bouquets. She even gave the house a hashtag, #thewallsthatballsbuilt, a nod to the felt ball business she runs in addition to her day job in public relations.

Bennion, 40, hoped tofix up the generic kitchen, with its laminate countertops and vinyl floors, but figured she’d need to saveat least $40,000 to do the job right.

Then, in August 2019 came an exciting opportunity: Andy and Candis Meredith, a local couple known for renovating and flipping older homes, were looking for clients for a new TV show they were making for Magnolia Network, the cable venture being launched by Chip and Joanna Gaines. The show, called “Home Work,” would document the couple as they juggled work for clients with the renovation of a 20,000-square foot, century-old school building into a family home for their seven children.

Did she want to be a part of it?

The complete guide to home viewing

Get Screen Gab for weekly recommendations, analysis, interviews and irreverent discussion of the TV and streaming movies everyone’s talking about.

You may occasionally receive promotional content from the Los Angeles Times.

The Merediths promised they could complete the job in three weeks on a budget of just $20,000. Bennion thought this figure seemed unrealistically low, but she had been instantly charmedwhen she’d metthe couple a few years earlier at an event for their one-season HGTV series, “Old Home Love.” “I remember joking with people like, ‘They’re my best friends. They’re not your best friends,’”she said. “That’s still haunting.”

Even more compelling to Bennion was the imprimatur of the Gaineses, the telegenic couple that had leveraged their popular HGTV show “Fixer Upper” into a lifestyle empire, including a lucrative home goods line at Target and a series of bestselling books. In the process, they transformed Waco, Texas, once synonymous with the fiery demise of a messianic cult leader, into a theme park of farmhouse chic. In April 2019, Discovery Networks formally announced that the Gaineses would undertake their biggest renovation to date by overhauling HGTV’s neglected sister network, DIY, and relaunching it as Magnolia.

Bennion implicitly trustedMagnolia; she had a relationship with the brand dating back several years. She had been invited toevents at Waco’s the Silos, thecotton mill-turned-shopping complex owned by the Gaineses, and hadstarted selling her felt balls at their store there, Magnolia Market.

“For a lot of reasons, I felt like I was part of the Magnolia family,” she said recently by phone. “Probably not anymore.”

Days before Magnolia Network officially launched in January, Bennion set off a frenzy when, in a lengthy series of Instagram posts, she shared the fiasco she’d experienced behind the scenes on “Home Work.” That“three-week” job ultimately tookfive months, during whichshecooked on a hot plate in her guest room. Weeks went by with no contact from the Merediths, except when they asked her to wire money while they were on vacation in Europe.

The Meredithseventually completed enough work to make the kitchen camera-ready, and Bennion feigned excitement as they filmed a reveal for the TV show. (She ultimately paid the Merediths $13,000, and her renovation was not featured in “Home Work.”)Within days, paint on the laminate cabinetshad begun to chip.Bennion said she later discovered that a deckthe Merediths hadpersuaded her to addhad been improperly installed over sprinklers, leading to drainage issues she says she has spent $18,000 to repair.

Chip and Joanna Gaines forming their own TV network with Discovery

One of America’s most popular television couples — Chip and Joanna Gaines of “Fixer Upper” fame — are returning to television to launch a new TV network in partnership with cable programming giant Discovery.

Bennion coordinated her posts with those of two other women whose renovations were intended to appear on “Home Work,” Teisha Hawley and Vienna Goates, who came forward on Instagram shortly after Bennion did and whose ordealsfollowed a similar pattern. (Neither Hawley’s nor Goates’ renovations aired, either.)

Hawley said the Merediths promised to renovate her family’s kitchen and living area for$45,000. She didn’t mind the inconvenience of living in the basement with her husband and kids, “because we were told we had been hand-picked by Joanna Gaines,” she said on Instagram.

The job was marked by long delays andmishaps, including a worker who fell through a hole in the floor and flooring that visibly bubbled when anyone stepped on it.To complete the job properly, the Merediths said they would need an additional $35,000 to$40,000. The Hawleys walked away from the show and finished the renovation on their own.

Goates, a mom of five, hadthe most harrowing tale of all. She and her husband paid the Merediths a $50,000 deposit — half their $100,000 budget — to build a much-needed addition to their small home, but work never started. When Goates’ husband lost his job in May 2020, they tried to back out of the show and get their money back so they could repay a loan. They say they are still waiting.

A few days later, the Merediths tearfully responded to the women’s horror storieson their shared Instagram account. They claimed that an unwarranted internet pile-on had led to death threats and bullying. They admittedmaking mistakes but denied being consciously deceitful or using their clients’ money to foot a lavish lifestyle. They also shared a supposedly exculpatory video of Bennion squealing in delight at the sight of her finished kitchen.

The back-and-forth quickly consumed a certain corner of the internet, like “Bad Art Friend” recast with Utah influencers.

Were the Merediths simply working parents who took on too much by trying to make a reality show while raising seven kids and renovating a dozen or soproperties during apandemic? Or were they running “the equivalent of a construction Ponzi scheme,” as Kyle Adams, a lawyer for Bennion and the Hawley family, said in an interview with The Times? (The Merediths did not respond to multiple interview requests.) 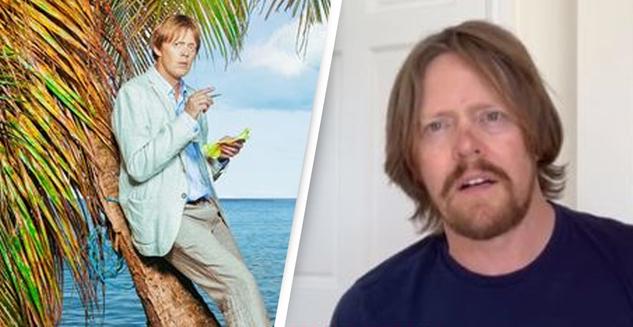 The debacle went viral at the worst possible time for Magnolia, the launch of which had already beendelayed by more than a year because of the pandemic. The network initially pulled “Home Work” from its lineup, pending a review, then announced a week later that it would return to air.

As hard as it may be to imagine, there was a time not so long ago when few Americans had ever heard the expression “man cave.”

“We do not believe there was ill or malicious intent,”network President Allison Page said in a statement. “Our commitment now is to provide appropriate resolutions for those whose experience with ‘Home Work’ fell short of our network’s standards.”

The Gaineses have remained silent throughout the matter, despite a slew of negative comments on their personal Instagram accounts. The couple weathered an earlier controversy over their affiliation with a church whose pastoropposes same-sex marriage and espousesconversion therapy for LGBTQ people.

When asked whether the “appropriate resolutions” included compensation for the aggrieved parties, or if there were plans to make future episodes of “Home Work,” a spokesperson for Magnolia declined to comment. The network also did not respond to questions about when it became aware of the issues on “Home Work.”

Adams, the attorney, says he sent a letter on behalf of the Hawleys to the Merediths’ lawyer, copying Magnolia Network, in June 2020. In her Instagram posts, Goates said she heard from a lawyer representing Discovery after she submitted a complaint online in a desperate attempt for help. Bennion also says she was in contact withMagnolia’s in-house counsel in November 2021 to discuss the terms of her nondisclosure agreement with Magnolia Market.

Bennion says that she, Hawley and Goates heard about one another’s troubles through the grapevine and started to hatch a plan last year over dinner at a Salt Lake City sushi bar. They decided to take their complaints to social media only after exhausting other channels, includingopening a claim with the Utah Department of Commerce.

“I wanted the Merediths to be held accountable for what they did to people,” Bennion said. “And I don’t want them to be given more rope by which to hang, not themselves, but other people.” In October, she drove to Waco and cleaned out her storage unitthere, figuring her relationship with Magnolia was done. With help from her dad, she sanded and repainted her cabinets, from a womb-like pink to “the sweetest, creamiest white,” she said. “I had to, for my well-being, not be in Candis’ kitchen.”

It is easy to see why Bennion and others felt duped, especially if they caught any of “Home Work,” which followed the Merediths as they renovated a cavernousschoolhouse in rural Utah using a studiously high-low approach.

The Merediths applied inventive strategies to realize their luxurious old-world style on a budget — for instance, creating a Renaissance-style wall tapestry out of an inexpensive photo blanket.

But they also splurged on lavish antiques, hand-painted wallpaper andDutch Masters-style oil portraits of their entire family dressed in period costume. The couple traveled to Europe for design inspiration, ultimately painting their family room in a dusty pink inspired by Queen Victoria’s ballroom at Kensington Palace in London. (“Victoria’s our homegirl,” says Candis.)Budgets and timelines are kept vague. The only time we hear the specific cost of an item is to celebrate when Candis has found a bargain.

Each episode focuses on a different room in the schoolhouse and begins with an earnest voice-over, in which Candis and Andy riff on themes of family and community to a jangly acoustic soundtrack. Their reflections always tie into the room they’re working on: In the episode about their master bedroom, Andy likens their blended family to a home improvement project.

“Our life together is something beautiful that we’ve renovated and built and put together,” he says. “We took the antiques of our past that were good and added new family members, new skills, new relationships and just built something really beautiful.”

This blurring of the personal and professional is also a hallmark of “Fixer Upper,” which often shows the Gaines family at home, as well as its many copycats — a reality subgenre so prolific it has spawned a “South Park” spoof called “White People Renovating Houses.” (Shows including “Property Brothers” and “Windy City Rehab,” both on HGTV, have been slappedwith lawsuits from unhappy homeowners.)

Say it ain’t so, Chip and Jo! ‘Fixer Upper’ ending after Season 5

The Merediths’ relationship has always been integral to their wholesome yet hip brand.They each had three boys from a previous marriage, then married in 2013 and had a girl together, bringing the total number of kids in their blended family to seven. The couple started flipping houses together and, by 2015, the year “Old Home Love” launched, owned 16 properties.

HGTV had found the couple — where else? — on Instagram.

“The fact that we have a big family with seven kids was appealing,” Andy said in an interview at the time. “People want to see couples doing this that really do it — so reality TV that’s more real.”

For the Merediths, the possibility of becoming the next Chip and Joanna may have been dangerously seductive, said Adams: “I think they probably had bigger eyes than brains. They saw a shot at fame and publicity, and took way too much on.”