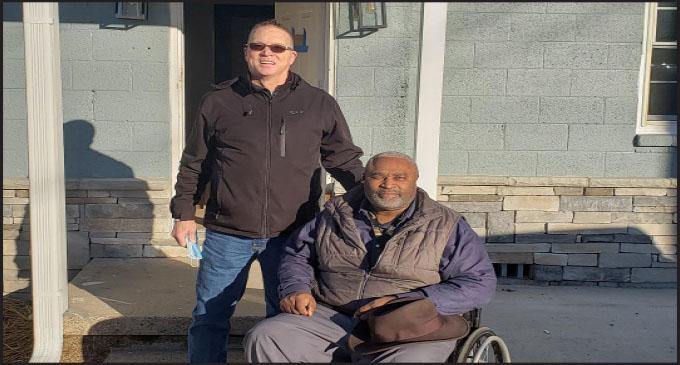 Whole Man Ministries (WMM) has renovated several houses around the city for use by homeless veterans. After almost a year, their current project is almost complete for another veteran to call home.

The house on the corner of 14th Street and Thurmond Avenue needed a lot of work. Through blood, sweat and tears, volunteers and skilled laborers brought the house back to life and as it nears completion, Whole Man Ministries’ Senior Pastor Bishop Barry Washington is eager to find its new resident.

“To bring this all full circle, it’s a blessing. It’s kind of like working around the clock. We started this in April (2021) and you see where it’s at now. We are here in almost March, so it’s been almost a year, so I’m excited about it.”

The house was in pretty bad shape when the renovations were started last year. It was not just cosmetic touch ups that were needed either; instead, there was serious work needed that only professionals could fix. “To have the house in this great shape is a testament to the skilled workers,” said Washington.

“When I see where it started and where it is now, it reminds me of someone who’s gone through a hard time in life or a crisis and all of a sudden they are able to overcome that crisis,” said Washington. “This house represented that. It was really really bad and today when you look at it, you can’t see any residue of what it used to be.

“The community, if we didn’t have the community to respond, we would be in bad shape. It took two churches to come together and we kind of pooled our resources together and then we sort of asked the community to come on in.The volunteers, you can’t ask for nothing better than that. It truly takes a village to raise up a community and this one house will make a big difference on this corner here.” 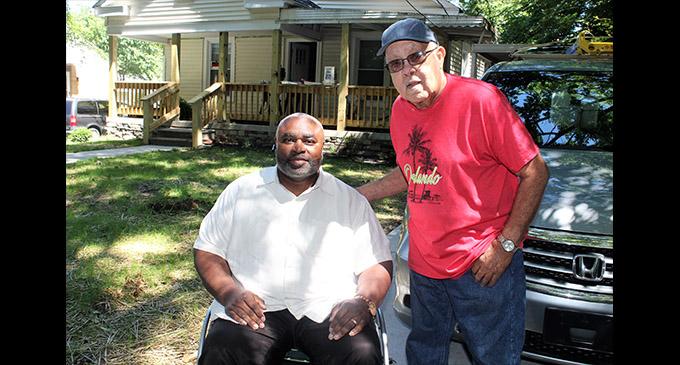 WMM partnered with Bishop-elect Jeffery Dowell of Bondage Breakers Outreach Ministries for this project. Over the last decade and a half, the two have partnered together at times for outreach projects.

“We have done feeding projects in the city, Thanksgiving dinners, Christmas dinners, and we just work together hand-in-hand, and we actually have one vision, which is to help the broken and help those without,” said Dowell. “It’s two commitments coming together into one vision and putting our resources together to get these projects done so we can help those who can’t help themselves.

Even though the house needed a lot of work inside and out, Dowell says he knew they had what it took to see the recovery through.

“We got God on our side. We know that with man, things are impossible, but with God all things are possible,” Dowell continued. “We had a heart for this project and God says, ‘If you delight yourself in the Word, He’ll give you the desires of your heart,’ and this was the desire of our heart, to get this thing completed and make it a top-notch house.”

Dowell says he used to be the pastor of a church with a large congregation and could never find the “happiness and contentment” because he was not doing what God had called him to do. Once he began listening to the Lord by getting outside of the church and helping people is when he found his peace.

They have not found the veteran who will take residence in the newly-renovated home. They will coordinate with several veteran’s organizations to receive applications to narrow it down to one candidate.

Washington and Dowell plan on renovating the house next door later this year to assist another homeless veteran.