A.J. Dillon headlines RB sleeper picks plus the best and worst offenses for Fantasy Football in 2021 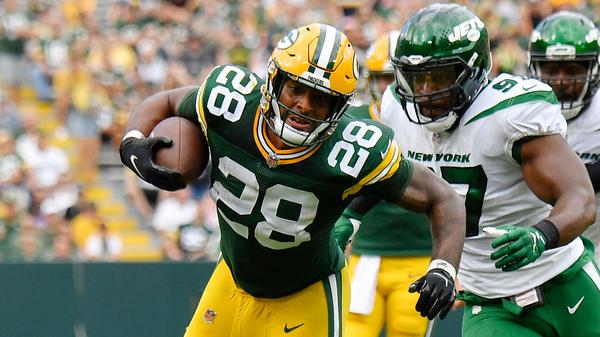 A.J. Dillon headlines RB sleeper picks plus the best and worst offenses for Fantasy Football in 2021

In yesterday's edition of the Fantasy Football Today Newsletter, we talked about the news that Carson Wentz was out indefinitely with a foot injury, and then shortly after sending that out to your inbox, we found out what "indefinitely" meant: 5-12 weeks, as Wentz will undergo surgery to repair a bone break.

That gives us more information about Wentz's timetable than we had yesterday, but it also doesn't so much to settle concerns about the Colts offense. If Wentz were back in five weeks, he would be there for Week 1; if he missed 12 weeks, you're looking at an absence that would stretch to the end of October. That's an awfully wide range of possible outcomes, and it makes it awfully hard to trust that this offense is going to be useful for Fantasy.

I wrote about the news yesterday, so before you do anything else, make sure you head over to CBSSports.com to read about how I think this impacts the Colts offense.

We're still in the midst of our RB preview week here at CBS Fantasy, of course, so let's make sure you're caught up with everything the FFT team has published so far this week, starting with Heath Cummings' RB preview, one of the best pieces we put out every preseason. It's a must-read:

In the rest of today's newsletter, I'll be giving you my favorite sleeper picks for running backs, along with Jamey Eisenberg, Dave Richard, and Heath Cummings' picks -- we'll go over our breakouts and busts Wednesday and Thursday. Plus, I'm looking into the best and worst offenses for running backs over the past three seasons to see which situations you might want to target, which you might want to avoid, and where there might be some hidden value. Spoiler alert: There's very good news for D'Andre Swift and some pretty bad news for Zack Moss down there.

But first, here's a quick rundown of the news you need to know about from Monday. We'll go further in depth on some of the biggest news in tomorrow's newsletter:

Know What Your Friends Don't

Get tips, advice and news to win your league - all from the FFT podcast team.

Thanks for signing up!

Keep an eye on your inbox.

There was an error processing your subscription.

Here are three of my favorite sleepers at RB:

You can read about all of our favorite sleeper picks at RB here.

The best and worst offenses for RBs

Talent only matters so much in Fantasy Football, and that's especially true at running back. You can be a tremendous talent, but if you're in a bad situation, there's only so good you can be. Joe Mixon is probably the best example of this in recent years: He's been viewed as one of the most talented backs in the league since he was drafted, but he's been a perpetual frustration if not outright disappointment because he's never been in the right situation to maximize his talent. 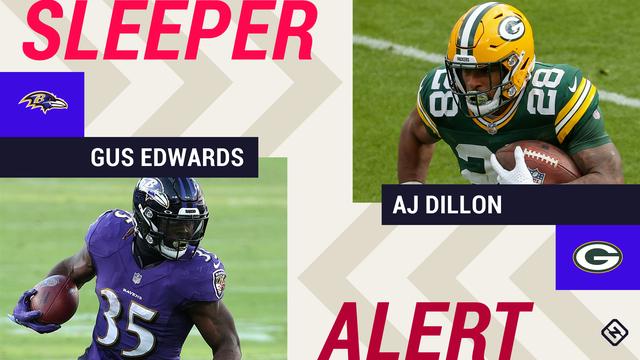 It's surprising to see the Titans just 14th, given how good Derrick Henry has been over this span, but that sort of highlights why doing this exercise has value: Henry's dominance is also about how much of his team's RB production he gets. He has accounted for 71.7% of the Titans' RB points in that span, including 80.3% over the last two seasons. Compare that to Baltimore, which has created nearly an identical number of points -- 1,158.6 for the Ravens, 1,155.5 for the Titans -- but whose lead backs have accounted for 42.9% (J.K Dobbins in 2020), 60.1% (Mark Ingram in 2019), and 30.6% (Alex Collins, 2018) of their points each season.

Let's take a look at the best and worst offenses for RB production over the past three seasons and see what we can learn:

Having Alvin Kamara goes a long way toward making sure you produce a lot of RB points given how efficient he is, but it's going to be very interesting to see what this offense looks like for RB without Drew Brees. Brees processed the defense so quickly and was able to move to the dump off while still putting his pass-catchers in position to make big plays. Can Jameis Winston recreate that dynamic? Will Taysom Hill's rushing ability make this a less valuable offense for running backs? On the latter question, I'm pretty sure the answer is "yes," and Kamara's value will definitely be impacted if Hill is starting.

This might be a D'Andre Swift thing as much as anything, given that former Chargers head coach Anthony Lynn is the offensive coordinator in Detroit now. Austin Ekeler is arguably the best playmaker in the passing game of all running backs, but Swift showed that a lot to like in that part of the game as a rookie, too. Head coach Dan Campbell recently told reporters he views New Orleans as the blueprint for Swift and Jamaal Williams -- and the Chargers are also implementing an offense under Joe Lombardi that will borrow liberally from the Saints' as well. That's good news for Ekeler.

Obviously, I follow the NFL pretty closely, but I would not have guessed the Patriots were still in the top 10 in Fantasy points from running backs last season. They didn't have a single running back finish in the top 40 in scoring despite that, so the question if the production will be more concentrated, though if that does happen, James White is the most likely one to benefit; he and Rex Burkhead actually led the team in scoring, and even if you combined Damien Harris and Sony Michel's production they would have been good for just RB22 last season. There's more upside in White's potential role.

The 49ers are a lot like Baltimore in that no one back is ever likely to dominate the scoring here. That's not how Kyle Shanahan runs his offense. That being said, Raheem Mostert as RB30 in ADP is a pretty obvious value in drafts right now. He's one of my favorite options in the sixth/seventh-round range at RB. He may not have RB1 upside, but even when he's splitting with Trey Sermon (RB28 in ADP), Mostert should be a solid starting option for as long as he's healthy.

Yeah, Christian McCaffrey is awesome. They dropped to 18th in RB scoring last season, which is a bit of a concern given the coaching change, but McCaffrey still averaged 124 yards and had six touchdowns in his three games, so there still isn't a player with a ceiling anywhere close to his.

The worst offenses for RB

I've talked about it quite a bit this offseason, but here's exactly why I have very little interest in Buffalo's backfield right now. The Bills have finished in the bottom three in each of the last three seasons and you should still be assuming a backfield share between Zack Moss and Devin Singletary. Even if Moss or Singletary got a Derrick Henry-esque 75% of the Bills total points, that would come out to 208.3 based on the past three seasons. When your absolute upside scenario is equivalent to a typical RB24-ish season in points per game, it probably isn't a situation worth chasing. The Bills would have to fundamentally change how they use their backs for either to have much more than fringe starter appeal.

On the one hand, the likelihood that Deshaun Watson won't be the starting QB means the Texans should use their running backs in the passing game more. On the other hand, this could be the single worst offense in the NFL without Watson. David Johnson as a (very) low-end starting RB in the middle rounds can have some value, as can Phillip Lindsay in the (very) late rounds, but I wouldn't blame you if you just skipped this team entirely.

The last season before Adam Gase came to town saw the Jets RBs finish 26th, so it's been a rough go of things lately. However, there is a potentially very good offensive line here along with a coaching staff that would surely like to replicate San Francisco's success running the ball, so it seems fair to assume they'll have their best season in at least the last three. Michael Carter is the upside play here since he seems to be the best bet for whatever receiving game work comes along, and if you can get him outside of the top 30 backs, it's worth the investment.

If you're wondering why Joe Mixon has been so disappointing, it's because he's been sharing this role. If you're wondering why I'm high on Mixon (he's my RB6) this season, it's because he's a lot less likely to be sharing the role now than in the past. He may not get to those Henry levels, but if the Bengals offense takes the step forward everyone expects and he gets a more valuable role in that offense, the path to an elite Fantasy season is pretty clear.

They've been more like middle of the pack in 2019 (19th) and 2020 (17th) after a terrible 2018, and if you weigh the more recent seasons the Bucs move closer to the middle of the pack. However, if you're talking about a situation with no clear No. 1 back plus Giovani Bernard potentially eating into the third-down role … well, it's easy to see why Ronald Jones and Leonard Fournette are going outside of the top 30 at the position. If you have to take one, Jones is the guy, but the ceiling is capped unless he sees a much larger role in the passing game or he just has a 2016 LeGarrette Blount kind of touchdown rate.