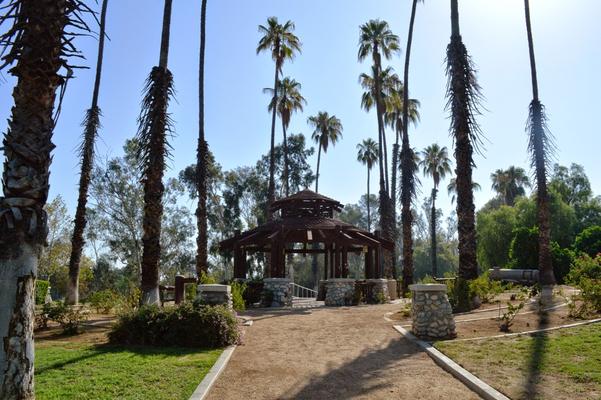 “You know,” Laureen said, “It would be nice to have some fresh orange juice for breakfast.”

I nodded. “And I know just the place.”

We were at the California Citrus State Historic Park in Riverside in a little over an hour.

“Stater Brothers would have worked. It was closer to home,” my thoughtful spouse remarked.

“Yes, but you wanted fresh oranges, and here we are,” I replied.

Hundreds and hundreds of green-leafed trees budding with voluptuous oranges beckoned us to pick them. We would have our fill with the vitamin C fruits.

The Ranger at the small toll gate smiled and told us we could not use drones over the vast fields of orange trees.

“No flying drones, got it,” I replied.

“Also, you can not pick any of the oranges in the park.”

“Isn’t this an orange park with a lot of oranges?” I asked.

“It is a state historical park, no picking of the fruit,” she said.

“Are the oranges historical?”

Both Laureen and the Ranger rolled their eyes at me.

An orange tree park where a visitor can not imbibe on such a delicious snack as an orange seemed odd to me.

‘Welcome to San Onofre State Beach, where no swimming, boating, or fishing is allowed.’

‘Welcome to Heart Bar State Park, where no hiking or camping is allowed.’

Research indicated that under California Code Regulations, Title 14 (a) — no person shall willfully or negligently pick, dig up, cut, mutilate, destroy, injure, or do any other bad stuff to any tree, plant, or portion of.

OK, so we would not pick any fruit. It was still a beautiful location to spend an early morning walking through the groves and just taking in nature at its best.

I grew up in Riverside. Return visits were many to visit family, but those visits became less and less frequent as the family became smaller through the years. Did not leave until my third decade on this revolving ball we call Earth.

Having spent a lot of time riding horses through the vastness of orange tree tracts with my school friend, Michael, this visit brought back great memories. Galloping here and there up and down Victoria Avenue throwing clods of dirt into the air was a lot of fun unless an errant orange tree branch would remove me from the saddle, which took the pleasure away rather quickly.

Oranges were a citrus gold rush for the early settlers in Riverside. This city beside the Santa Ana River started the citrus bonanza in the state of California.

In 1871, Eliza Tibbets had received three Brazilian navel orange trees from a friend of hers, William Saunders. Turned out, Saunders worked for the United States Department of Agriculture in Washington D.C., and he believed the citrus would grow well in the semi-arid climate for which Riverside is known. 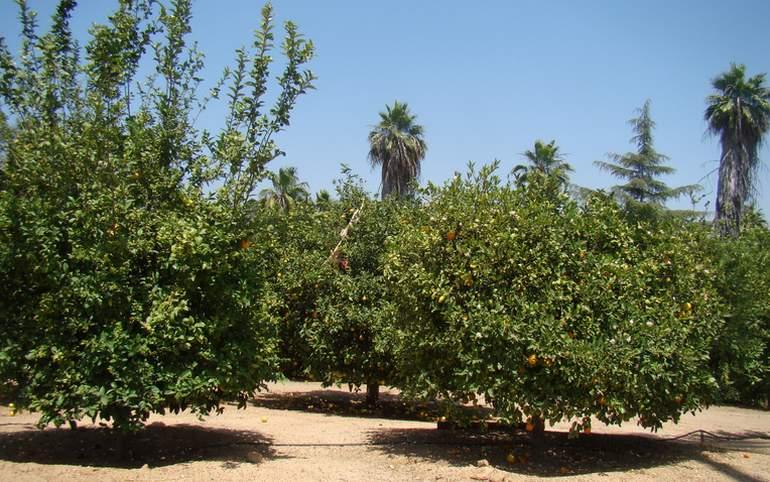 His assumption was correct, and the trees took off like a wildfire. No, that would have destroyed them. Instead, the Brazilian orange trees grew very well and very rapidly.

It was rumored that Saunders was so thrilled that he danced the Bumba Meu Boi while sipping on a Caipirinha at the same time.

Of the original three trees, two survived and were transplanted from Tibbet’s property to a safer location at Sam McCoy’s, who would watch over them a bit more carefully. A cow stomped on one of the three trees, killing it while under Tibbet’s care.

The two remaining survivors of the infamous cow stampede were transplanted again, one at the Mission Inn and the other at Magnolia and Arlington avenues.

President Theodore Roosevelt paid homage to the tree at the Mission Inn during a visit to Riverside in 1903. It is rumored he plucked a big fat juicy orange and ate it right there on the flagstone patio.

That tree died in 1922, but the last of the three trees is still growing strong at the intersection of Magnolia and Arlington. However, there is a large fence around it to keep people from being tempted to eat the oranges which grow in bushels upon its branches.

Oranges were such a huge financial success that by 1882, of the more than a half-million citrus trees in the state of California, half were in Riverside. With the vast improvement in refrigerated railroad cars during the 1880s, growers had the chance to transport the citrus eastward, and Riverside became the richest city, per capita, in the United States by 1895.

Within the visitor center at the California Citrus State Historical Park is a large museum with a plethora of information from the beginning to the current day dealing with this citrus business. There are models of packing houses, wooden crates, photographs of the original complexes, pictures of people who worked the groves — along with their personal stories, a detailed history of the orange industry, farm implements, and much more for the curious citrus history visitor.

Some of the histories are not too kind for some of the folks residing and working in the area during the boom of the citrus industry.

Before Riverside County, the lands were the homes of the Native American tribes, Serrano, Luiseno, Cahuilla, Cupeno, and others. When the citrus industry started, many natives worked for the growers. Still, due to government policies and racial prejudices, the workforce declined to cause harsh living conditions for the natives.

In 1903, with the Sherman Indian Institute in Riverside, a new work program allowed students to return working for the growers, which they did as late as the 1930s. Though the students were working, they worked in poor conditions and for very little pay. What seemed like a good idea at the time only provided cheap labor for a sizeable money-making industry.

Chinese immigrants were employed when the Native American workforce dwindled, and by 1885 nearly eighty percent of the workers were Chinese. The Chinese Exclusion Act of 1882 finally reached its ugly head in the Riverside area, and suddenly the Chinese workers were no longer wanted. In came the Japanese immigrants who, by 1900, made up most of all workers in the groves. But again, local resentment of the Asian immigrants made their numbers fall to a low in 1920 when Hispanic immigrants moved in and took up the slack of workers.

Like all history, there is good, and it is bad. Thus, there is a need to study it. The museum does a wonderful service explaining the importance and how dependent the industry was on various peoples who built such an agricultural phenomenon.

Some of the stories a visitor will learn are heartbreaking, but at the same time, those stories express tales of such strong-willed individuals. These folks toiled day in and day out to make America what it is today. They were incredible people.

It is always worth remembering and appreciating their sacrifices.

With well over 200 acres of land to wander over, there is a lot to see, and it is not just oranges that grow within the park grounds. Nope, there are grapefruit, lemons, and avocados growing everywhere. And there are particular types of citrus and other plants along the exterior walking paths which would pique the interest of any serious botanist.

Some plants have rather unusual and intriguing names: the Australian Finger Lime, the Sticky Monkey Flower, the Mulefat, the Royal Beard Tongue, and many more to marvel at during a stroll. Though, I’m not sure any should be touched, no matter what the California laws dictate about doing so, but with names like those, who knows what could happen.

I do recall Harry Potter and the rather poisonous Pomona Sprout’s Garden. Don’t want to be accidentally turned into a newt, now do we?

Laureen and I walked around, enjoying the smell of citrus in the air. A long walk to a high-hilled view of the park and the entire city of Riverside, with the San Gabriel Mountains to the north. We sat beneath beautiful pagodas. Wandered through groves of citrus. Marveled at how great it would be as a wedding venue or corporate event. The entire experience was relaxing.

We ended at the Gage canal, named after Matthew Gage, who in 1885 started construction on a twelve-mile water canal bringing water to the groves that were completed in 1889.

My friend Michael started working at the Gage Canal Company in high school. He climbed the corporate ladder, finally becoming a big mucky-muck. I remember accompanying him, many times on horseback, riding through the groves when he did that or did this along the miles of the canal — it was so quiet and serene out there among the trees. And I remember the smell of the smudge pots during cold winter nights.

They smile and nod their heads —they are good like that. But when I visited the California Citrus State Historical Park, personal memories of my childhood in Riverside flooded back — and it was nice. I have told Laureen and my children of those memories.