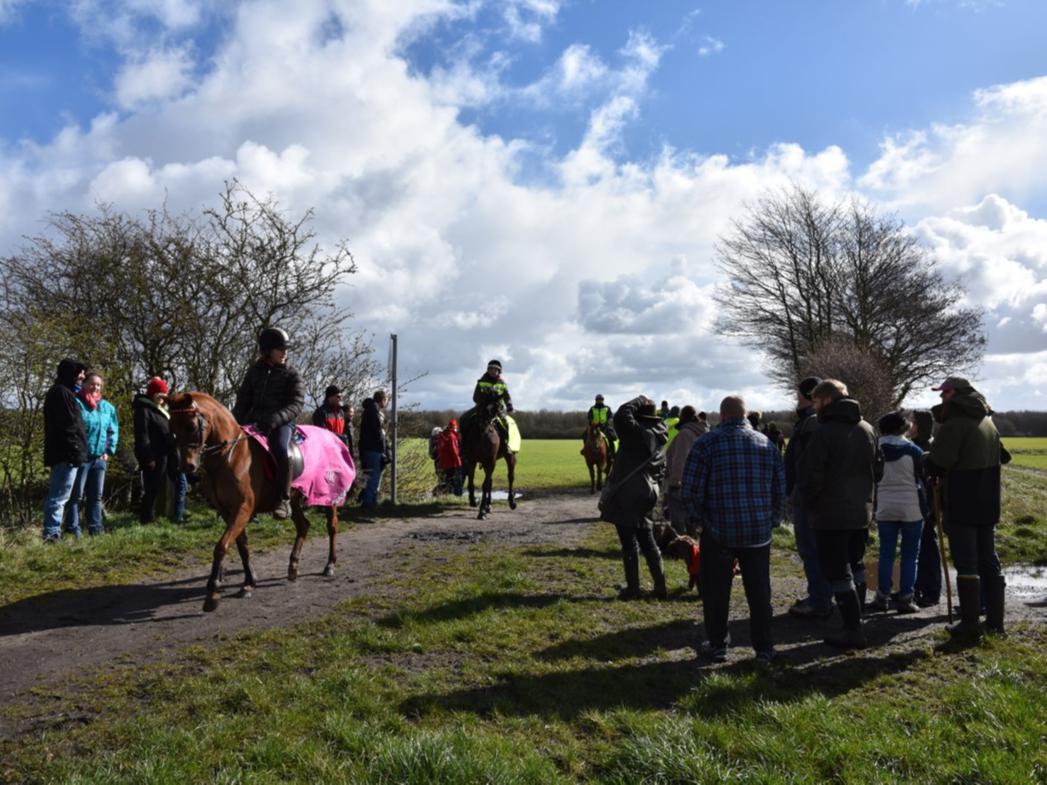 The group is desperate to see the area preserved for wildlife and conservation rather than covered in thousands of houses and industrial units.

A Greater Manchester residents’ group has spoken about its four-year-long fight to prevent a popular open space from disappearing under thousands of new houses and industrial units.

The Friends of Carrington Moss have been campaigning since 2017 against the plans in what was initially called the Greater Manchester Spatial Framework and is now Places For Everyone.

Trafford Council says it is faced with difficult decisions as it tries to meet housing targets while also preserving green belt land.

But the Friends’ group say there is no excuse for building on the green belt and are urging the authorities to protect the land for recreation, farming and wildlife.

What is Carrington Moss and why does the Friends’ group want to protect it?

Carrington Moss is one of the largest peat mosses in Greater Manchester and the Friends’ group, which was formally constituted in 2018, described it as “irreplaceable habitat”.

The peat is around three metres deep and an academic study in the mid-1990s found there were about 325 hectares of peat remaining on the moss.

However, in 2017 the Friends’ group was set up after residents discovered to their horror that the spatial framework included plans to build 11,500 homes and industrial units on the land.

Though the scale of the plans have come down, with around 169 hectares of green belt set to be lost in the 2021 version of the plans as opposed to some 300 hectares in the original document, the Friends’ group says the development proposals are still completely unacceptable.

They say peatland is too important for environmental reasons and as part of the battle against climate change to be covered in concrete.

Chair of the group Marj Powner, who has lived in the area for 35 years, said: “This is irreplaceable habitat that should be retained, restored and preserved for future generations.

“There are a number of benefits from peat including carbon sequestration and water quality.

“It has a variety of habitats and is probably one of the largest natural spaces in Trafford. The Moss is a feeding ground for red-listed endangered birds such as willow tits, lapwings and skylarks, and there are endangered creatures like the water vole.

“We should be making sure these habitats are as good as they can be to restore populations of these creatures.

“There’s woodland, wetland, Grade II agricultural land which means it is very good for growing crops. There are also conservation areas around it.

“Trafford Council declared a climate emergency in 2018 and we should be looking at this land and saying this is what we need for future generations to help them look after themselves.”

Marj says the site is also of historical interest, with the Victorians dumping night soil in the area and building railway lines across the Moss which were where long straight footpaths known locally as the Victorian Rides are now.

The Moss was also a decoy bombing site to help save Greater Manchester’s towns in World War Two.

Marj says the place is also extremely important to today’s residents as somewhere to stretch their legs and enjoy the fresh air and the great outdoors.

She said: “It’s a place where you can see for miles when you’re walking, cycling or horse riding. It just wouldn’t be the same with a dirty great road and hundreds of HGVs thundering past.

“One of the key things the Moss provides is health and wellbeing benefits for local communities. People take photos there, artists paint there, we get nature lovers and birdwatchers, people interested in butterflies or bats or insects go there.

“The peace and tranquillity is second to none. Sometimes the silence is just broken by children or adults playing on the sports pitches at Carrington.

“You are listening for birdsong or a whistle. You don’t hear vehicles or loud noises, it’s very peaceful.”

What other objections to the plans for Carrington Moss does the group have?

The group contests the claims about bringing jobs to the area, saying the green, rural jobs lost from building on the Moss such as farming, horse riding and stabling and land maintenance have more benefits than roles in warehousing, logistics or other similar industries.

The Friends say that while the plans boast of regenerating areas such as Carrington or Partington, the authorities do not stop to consider what will be lost in the process.

The group is particularly opposed to the building of a new road through the Moss and believes the public transport arrangements for the new houses are inadequate.

Marj said Carrington is next to the Manchester Ship Canal and a railway line which is out of use at the moment goes alongside it, and these should be considered for sustainable freight transport rather than bringing even more HGVs into the area.

She said: “A road is not a sustainable transport solution. All it will do is encourage more traffic. It is really odd that a local authority that has declared a climate emergency thinks it is OK to do this in 2022.

“We’re not saying restoring the railway line would be cheap, it would need investment, but imagine the benefits of getting all those HGVs off the roads.”

The Friends’ group says the city-region’s whole housing strategy needs a rethink and bristled at one document which missed out local residents from a list of key stakeholders.

Marj said: “I understand that Trafford Council needs to build houses but they don’t need to build them here.

“We think 170,000 new homes can be built in Greater Manchester without releasing an inch of green belt land. There’s enough scope to put some in areas which are built up and some in low density areas, some suitable for older people and some for younger people.

“Greater Manchester leaders have decided they want to build houses in the sticks and then build roads to them. This is not sustainable.”

What has Trafford Council said?

Trafford Council says it has been trying to balance preserving green belt and open space against its house-building needs, and denied that it was not doing enough on sustainable transport or not consulting residents on the plans.

Coun James Wright, executive member for housing and regeneration, said: “The council recognises the great value that the borough’s open spaces have for local people – but it also has a responsibility to provide the jobs and homes that will be needed in future.

“Unfortunately not all of the borough’s development needs can be met within the urban area – and so the council has to make a careful balance between conservation and securing homes and livelihoods for future generations.

“That balance is central to the planning system – and all development proposals for Carrington will be subject to independent examination via the Places for Everyone development plan.

“It is simply not true to say that there are no sustainable transport options in the Carrington masterplan – the planned road is but one of a series of measures proposed for the area – including better public transport and a significant expansion of greenways.

“It should be remembered that buses are one of the most effective means of boosting public transport – and they rely on quick and reliable highway links. The current A6144 is unsuitable and dangerous for cycling – whereas the new road will include new dedicated cycle paths, similar to those on the A555 airport Link road

“As regards climate change, within a few short years all vehicles will be electric – and whilst individual vehicles are not as efficient as some other modes, it is important to recognise that roads will continue to be a vital component of our transport infrastructure for many decades to come.

“Proposals for Carrington have been the subject of consultation and engagement at various stages of their evolution. In particular the consultation on the statutory development plan (which ultimately has a full legal status) has been subject to very wide ranging consultation over several years – including with parishes and the Friends of Carrington Moss.

“The council would be only too pleased to avoid any release of green belt land – but unfortunately it is simply not possible to meet the (nationally set) need for housing without compromising some areas of open land.

“The amount of green belt involved has already been significantly reduced from earlier iterations of the plan, because the council has successfully stimulated growth elsewhere in the urban area. This demonstrates a clear commitment to regenerating our existing towns and to limit green belt impact wherever possible.

“ The council knows that future generations will need and value open spaces – but they also need somewhere to live and to work. Given the scale of the housing crisis, the council is determined to ensure sufficient homes of the right price and quality are built in the borough.

“This is the balance that the council has to strike in planning responsibly for the future. Simply saying no to development, without addressing these questions, is not an answer.

“The council is aware of local concerns over new development – and will continue to liaise with local groups over the plans for the area. The council will endeavour to meet future development needs whilst also matching local concern wherever possible.”