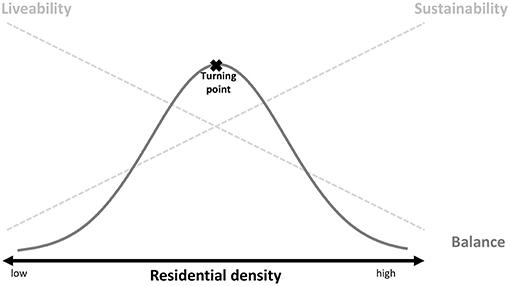 This is a guest post by Ed Clayton. Ed has previously written for GA about the benefits of ‘green-tracking’ light rail.

The Government has made some positive moves with the just-released acceleration of the National Policy Statement for Urban Design (NPS-UD). This will effectively end single-house zoning across Aotearoa NZ and allow for, in some estimates, increased density in up to 92% of Tāmaki Makaurau’s residential zoning that in turn could mean 50,000 new dwellings.

What could this mean for planned light rail? The NPS-UD requires that rapid transit stops have a 10-minute / 800m walkable catchment and allowance for buildings of at least 6 storeys. This has been endorsed by Auckland Council in recent planning meetings. One of the goals for the LR project is not just improved transport connections but also allowing better urban development opportunities. Dense residential development around stations will surely support patronage and enable better transport choice, but just how much development could there be?

How much density is captured in the 10-min catchment?

If the Dominion Road route is selected (still unknown at the time of writing) then the answer may be, well, not much. Even with the allowed increased density rules, much of the corridor is surrounded by special character (SC) areas. the map above shows the proposed Dominion Rd route (as of 2016). Mapped on to this are the 400m and 800m isochronous walking catchments. When zoning is added with the SC it becomes very apparent – only nine parcels zoned single housing in the 800m walking catchment are not covered by the SC overlay!

The single housing zone covers 36% of the Dominion Road 800m catchment. The SC is a qualifying matter under the NPS-UD, meaning that the amount of development otherwise permitted can be reduced. The NPS-UD doesn’t allow blanket protection and Auckland Council knows that it will have to enable the requirements in some SC areas, but they also appear to want to retain as much of the SC areas as possible. It is unclear how the new rules will affect SC overlays (or others such as volcanic viewshafts), but it is certain that there will be fewer protections and that the ones that are kept will be weaker. Hopefully the recent changes mean council will step up to deliver the dense, walkable catchments around transit that will require removing the SC overlay.

Meanwhile, how could we enable dense development along the Dominion Road corridor through focusing on the other housing zones and the business areas?

Could we leverage this to create an ‘Ecological Build Zone’ (EBZ) where zoning restrictions are relaxed for achieving biological targets?

An EBZ would be a permissive overlay where bonus development rights could be awarded if developments and buildings incorporate certain features that promote not just water detention and treatment functions, but also reduced urban heat island effects, reduced embodied & operational carbon, improved air quality and improved biodiversity functions. A major focus of this would be green roofs but could incorporate green walls and raingardens too.

The primary driver to implement an EBZ would be reducing site runoff and improving water quality through bioretention. While rules in local planning documents already stipulate that new residential runoff needs mitigating through retention and detention devices, these requirements are almost always met through hard engineering designs such as pervious paving or rainfall retention tanks. These do not address common roof derived contaminants such as zinc. Instead, an EBZ would focus on bioengineering to achieve goals.

Currently the Auckland Unitary Plan does allow for green roofs to be counted as pervious surfaces, meaning areas with a green roof do not count towards maximum site impermeability (generally 60% coverage). In Stormwater Management Area: Flow (SMAF) zones, building green roofs will not trigger stormwater management requirements and underground infrastructure and devices are not required to mitigate roof runoff.

Given that increased infrastructure cost is often an argument trotted out to oppose increased density, an EBZ could result in minimal increases to the carrying capacity of the stormwater network, as the simplest design of a green roof (low maintenance groundcovers over a 75-100mm media layer) is known to retain around 50% of rainfall. This is taken up by the plants and released through evapo-transpiration processes. The biofiltration actions help remove contaminants and dust particles that otherwise make their way into stormwater networks. Incorporating additional retention tanks within developments would then provide harvesting of excess rainfall to be used to water plants during summer months. Green roofs that include more extensive planting such as small trees can provide increasing benefits, shading adjacent streetscapes and reducing urban temperatures while providing additional insulation for buildings.

Minimising the load on existing infrastructure

These rules would apply to any building that incorporated a green roof, and to some extent external green walls and perhaps raingardens. It could be as simple as rewarding every m2 or kg of green mass with a m2 of extra floor area. Or, as slightly more complex approach, the greater the coverage of the green roof and the greater the biological mass supported, then the greater the exemption from planning rules. A green roof that consisted of an accessible terrace with small trees and lawn space would qualify for a greater exemption than a simple green roof, which in turn would receive greater exemption than a green wall. Alongside these initiatives floodable gardens and pocket parks could be built for attenuation and detention functions, bringing rainwater back into the public realm.

One important aspect to an EBZ would be granting public access to a green roof. Research acknowledges that access to green and blue spaces are linked to improved mental wellbeing. An interesting LinkedIn post by Jesse Prendergast, a transport planner and analyst at MRCagney, investigated access to green space in the Auckland isthmus in light of Covid-19 lockdown restrictions (highly recommended read: https://www.linkedin.com/pulse/novelty-mugs-new-zealands-problem-public-open-space-jesse-prendergast). The Dominion Road corridor has some of the lowest green space available in the central Tāmaki Makaurau area and if we are to expect greater density along the light rail line, increasing green space at every available opportunity needs to be pursued. This would allow more equitable access to nature and the benefits that come with it.

The NPS-UD also requires new policies on greenhouse gas emissions reductions and exemptions could be coupled with additional concessions for low embodied and operational emission construction so that cumulative exemptions could be realized. These could include the use of locally manufactured cross-laminated or other engineered timber products in structural engineering rather than steel and concrete. Diverting waste streams from landfill (eg. reuse of rubble), using eco-products such as hemp bricks for insulation and building to Passivhaus, Green Star / Homestar, or zero-carbon standards could all add cumulative concessions and exemptions from local rules.

Green roofs aren’t cheap however. The added weight and waterproofing requirements of even the simplest designs add significant engineering costs and irrigation systems are often required to get plants through dry periods. There will be additional maintenance costs and, in a drought, dry vegetation could pose an additional fire risk. To expect that standalone single dwellings would build green roofs is probably beyond the budget of most renovations or new builds. Instead, the focus of an EBZ could be on apartment or commercial developments where the addition of a green roof will enable extra floors and units to be constructed. The benefits to building a green roof could be tax credits to offset the cost of the roof, increasing the GFA of the development or a fast-tracked consenting process. While undoubtably controversial, allowing extra height that enables more apartments could spur the uptake of green roofs.

Allowing an EBZ around an extensive green light rail network could create infrastructure that improves water and air quality, access to nature, improves community wellbeing and urban biodiversity. The EBZ would allow extensive green roofs and walls in exchange for bonus development rules to encourage increased density around rapid transit. These could be coupled with water sensitive public realm features such as raingardens and floodable pocket parks. This would adhere to Te Mana o te Wai principles (see the Green Light Rail post for a deeper exploration of this) and could create a linear biophilic network where biodiversity, regenerative design and ecological net-gain can be realized.