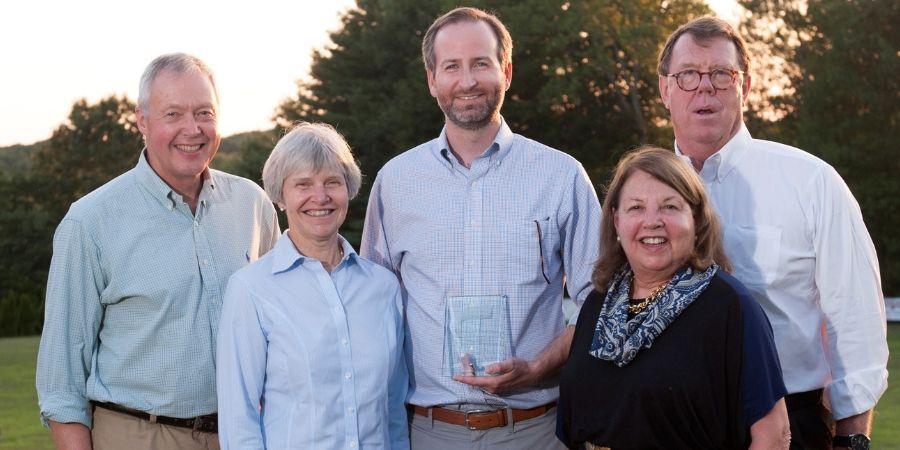 Anyone involved in the civic life of Hartford has likely come across the name Knox, whether in the form of KNOX Inc., an organization that uses “greening” programs to spur community development, or the Betty Knox Foundation, which provides small grants to organizations that help under-served Hartford residents. Both owe their existence to Elizabeth L. “Betty” Knox, a longtime philanthropist, political activist, and Hartford councilwoman who died in 1966.

Born in 1908, Knox was the daughter of Estelle Lethbridge Knox and Robert C. Knox, who in 1893 had founded R.C. Knox and Co. Inc., one of the largest independent insurance agencies in Connecticut. The family lived in a large house on Kenyon Street, near the West Hartford line; their vacation travels were noted in newspaper society pages. Betty studied drama at Yale University, and through organizations like the Junior League of Hartford she began working with children who were also interested in drama.

As World War II loomed, her volunteer work with the Junior League put her in a position to notice the needs of children. Families were pouring into the region to work at burgeoning defense plants like Pratt & Whitney. Many of these were single-parent families, creating a desperate need for day-care facilities. Fortune magazine vividly described the nation-wide problem in a May 15, 2019 article.

Knox responded by volunteering at the newly built Charter Oak Terrace housing complex’s recreation center. In a letter to the editor in The Hartford Courant published on October 8, 1966, fellow activist Bertha N. Bazinet recalled her first encounter with Knox at the center. Knox was “sitting on a small stool, smudges of fingerprints on her face,” Bazinet wrote.