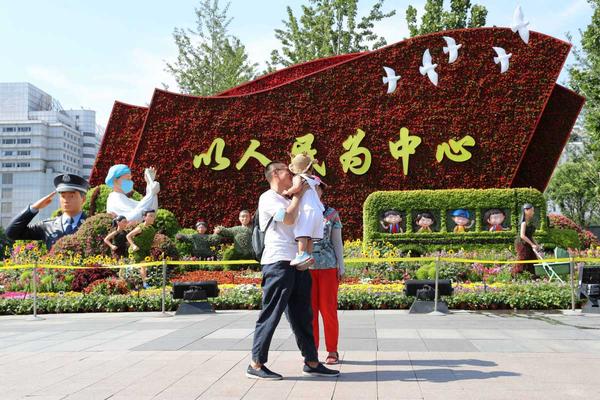 Beijing's Chang'an Avenue, a major street in the city, has completed the decoration of 10 themed flower terraces featuring the history and modern development of the nation to celebrate the 100th anniversary of the founding of the Communist Party of China.

"Of the 10 terraces, five on east Chang'an Avenue tell of the key historic events of the Party over the past 100 years while the other five on west Chang'an Avenue show the achievements of the Chinese people in building the nation into a modern country," said Lan Hailang, designer of the terraces and head of a fine garden studio at Beijing Institute of Landscape and Traditional Architectural Design and Research.

Lan said the design of those terraces took more than six months and that he started the work last year, researching materials and collecting suggestions from Party history experts, social science scholars and garden specialists.

"There are many detailed elements shown by those flowers, such as the Party emblem, the music scores of a Party song, and the sketches of the city of Shenzhen," Lan said. "Visitors will read a lot from those pretty flower terraces that tell stories."

Lan said that as a Party member who joined in 1995, he felt honored to participate in the terraces project, even though he has designed the capital's floral decorations for National Day since 1997.

The flower terraces used more than 200 kinds of plants and eight of them are being used for the first time in Chang'an Avenue, according to the Beijing Gardening and Greening Bureau. Two new kinds, which are dark red, can be found in the terraces themed on the founding of the New China at Jianguomen on Chang'an Avenue. 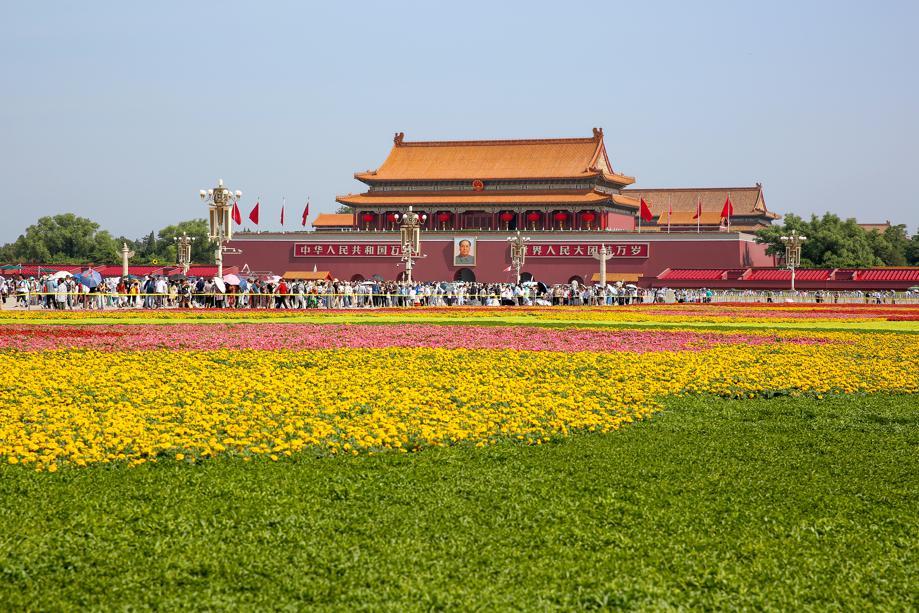 To ensure the flowers stay in good condition despite the hot summer weather and that they last two to three months, the bureau has selected types that are heat-resistant. In the past, the flower terraces have usually been exhibited in October-the month in which China's National Day falls.

Meanwhile, the technology team has adopted a smart irrigation system that is able to measure the water content and the average temperature of the flowers in the terraces. The system can automatically start irrigating when the index shows it's needed.

Gardening professionals have also been sent to protect the flowers from pests to ensure their durability.

In addition to Chang'an Avenue, a number of major streets in Dongcheng district, in the central area of Beijing, have also been decorated with flowers.

According to the Dongcheng district, up to 2.4 million plants and 185 flower balls have been set in an area of 35,000 square meters by now.

In the main streets, there are 10 flower terraces themed on China's development and people's happy lives.

The district had called for the residents to participate in the flower decoration. Those streets with a history of around 700 years are now beautifully adorned with various flowers, creating a celebratory atmosphere.