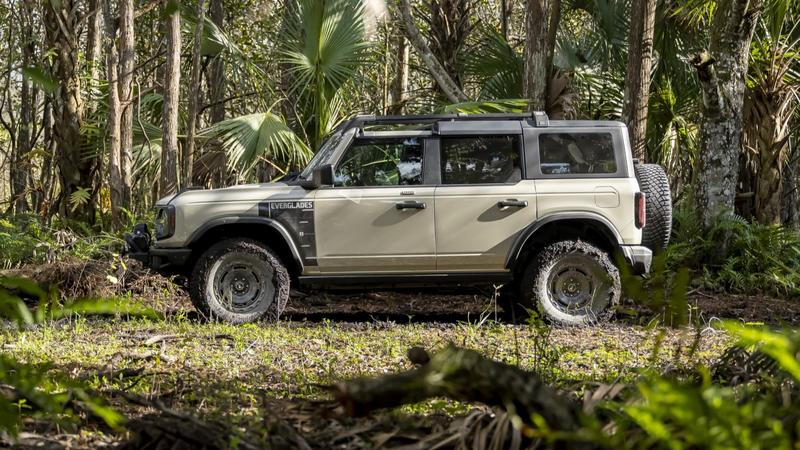 “Off-road” is a pretty broad term. Most of the world isn’t paved. Off-roading, then, can mean blasting through a desert. Or sliding around the beach. It can mean rock crawling, or plunging down forested trails and fording rivers. It can mean many things.

So off-road vehicles tend to be highly customized things. Their owners fit them with all sorts of tools to make them perform better than stock vehicles over particular types of terrain.

Automakers know this, so they tend to treat off-road special editions as a sort of partially painted canvas. They’ll take an SUV with respectable off-road credentials, raise it a few inches, modify the bumpers to give it sharper approach and departure angles, and send them off to dealerships, understanding that buyers will probably add more to the canvas. Winches. Snorkels. Aftermarket brush guards. Whatever will help solve the particular problem of their favorite local trail.

The Ford Bronco is an excellent canvas, with its deep angles, an independent front suspension, and locking front differential (one of just three vehicles available from the factory with that combination).

But Ford sees no reason to wait for buyers to fill it out. The company is, instead, having fun with special editions.

The latest is a mud-and-water monster: the 2022 Ford Bronco Everglades special edition. It starts at $53,000 plus a $1,495 destination and delivery charge. But, if you want one, you’ll have to get in line. It will be offered only to those who already hold a reservation for a Bronco. Ford’s evolving move toward an order-only model seems to be creating real scarcity with special editions like this and the Bronco Raptor.

Ford Heard You Like Fords, So They Built You a Ford that Can Ford

The foundation of the Everglades edition is solid. It carries a 2.3-liter EcoBoost turbo-4 engine making 300 horsepower and 325 pound-feet of torque (on premium fuel – figures are slightly lower with the cheaper stuff). Power goes to all four wheels through a 10-speed automatic transmission. It has a 67.8:1 crawl ratio.

The Everglades includes the same equipment as the Bronco Sasquatch package. That gives it 35-inch mud tires, Bilstein shocks, and high-clearance fender flares. 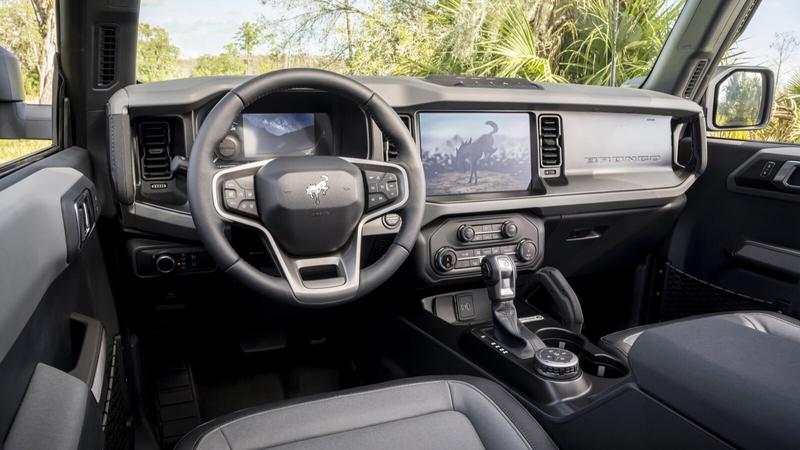 From there, Ford adds everything imaginable to help a truck survive water and mud.

The most obvious addition is a snorkel. It’s a unique one. Drivers can reverse it – its air intake faces the front under normal conditions but can flip around to avoid taking in a lot of dust. The transfer case and transmission also have raised vents. Altogether, Ford says, that allows the Everglades model to ford up to 36.4 inches of water.

Other additions include a 10,000-pound Warn winch built into the bumper so that it doesn’t interfere with forward sensors. There’s a protective safari bar, rock rails, and the same steel bash plates found on Black Diamond and Badlands Bronco models.

Built to Get Wet Inside and Out

The Everglades edition is available only as a 4-door model, with a molded-in-color hardtop.

Outside, the Everglades is distinguished by a carbonized gray grille and squared-off wheel arches. Buyers can choose from five colors, one of which – Desert Sand – is exclusive to the Everglades edition. Everglades decals leave no doubt which model of Bronco you’re looking at.

Earlier reports had said the Everglades model would include a slide-out tailgate, but Ford’s press materials did not mention it.

Inside, the wet theme continues. Marine-grade vinyl covers the seats. Ford says they sit on “rubberized washout flooring,” but we wouldn’t recommend hosing down the interior. The 12-inch infotainment touchscreen might not handle that well.

Green accent stitching, grab handles, and air vents are unique to the Everglades model. Ford calls the color “Urban Green,” as if someone would buy this snorkel-equipped off-roader to park outside the club. Why they didn’t connect it to the gators of the Everglades, we’ll never know.