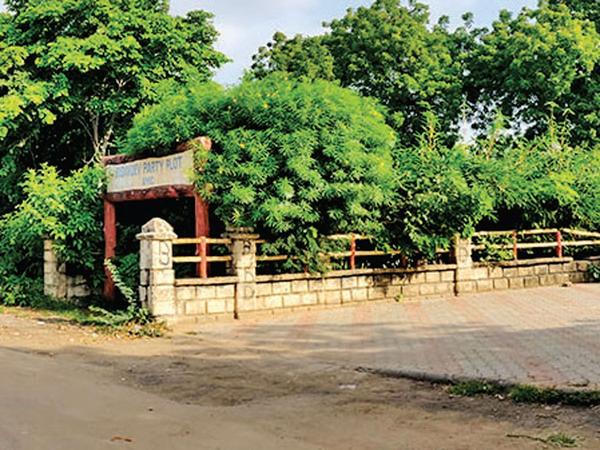 The talk is about making the city green and lush, but some of AMC’s actions are turning it downright brown, asphalted and devoid of greenery. How else do you explain Ahmedabad Municipal Corporation closing down five old gardens and replacing the green spaces with infrastructure projects? It has also used portions of at least 20 gardens to set up civic facilities.The AMC has used up nearly one lakh sqm of green space for infrastructure development in the recent past. This, when it has more than 4,000 reserved plots lying spare for infrastructure purposes.Among the gardens that have vanished is one near Vallabh Sadan on Ashram Road used up to build a road for Sabarmati Riverfront development. This one was a Rose garden spread over 4,000 sqm area, but is now reduced to a bare asphalt road.Earlier in 2012, a portion of Hajipura garden in Shahibaug area was dug up to build a gymnasium, swimming pool and other facilities. This garden earlier spanned over a sprawling 54,000 sqm area, of which 14,000 sqm green space was carved away to make concrete structures.In 2013-14, the road from Sabarmati Riverfront to Gurjari Bazaar was sliced out of one of the city’s oldest, Tilak garden (formerly called Victoria Garden) in the Central Zone. A good chunk of 2,000 sqm green space was sacrificed in the endeavour.At Sardar Baug, spaces containing green trees were cut out to develop ahawking area for small vendors near Lal Darwaza area. In a cruel twist, hawkers never used the space.

Party plot cut out of garden

In what looked like a rare appreciable effort, the AMC developed a large garden, the city’s biggest, on a 46,265 sqm plot in the Bodakdev ward in New West Zone area. But later a party plot was carved out from the garden space.

The worst case is of the 4,000 sqm Madhu Baug in Sarangpur area, which was used by traffic police to park detained vehicles. The garden “disappeared” under the wheels of vehicles. It was only after the High Court’s intervention that the AMC started clearing the garden of rusty vehicles.The 8,000 sqm garden in Majoor Gam Kantodia area is now just a barren patch.

AMC officials have probably lost the love for greenery. A green strip on SG highway has been turned into a pay-and-park facility. It was developed by AUDA, but when AMC took over the jurisdiction, the green space was lost. The strip running between service roads and SG Highway could not be used for commercial buildings as high voltage lines passed over the area. The 49 stalls that dot the strip were once nestled in greenery. 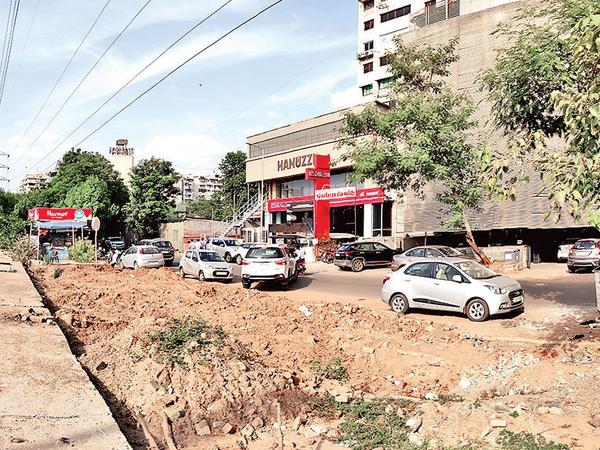 AUDA had developed 10,178 sqm land to make the Bhairavi garden in Gurukul area. Now, the AMC is constructing a water tank and pumping station to provide water in the area. Gajanand garden in Ghatlodia area has been demolished to build another water station and tank.

The demolition of green spaces started in 2007 when a portion of the famous Law Garden was carved out to start a civic centre there. Similarly, the ubiquitous Amul parlours all over, a humongous 283 of them, have been set up in 148 gardens in the city. The AMC provides a 15x15 sq ft space for the parlours where permanent concrete structures are built.

In 20 gardens, neem shops have been set up. To top it, the AMC has given permission to erect mobile towers in about 50 of the city’s gardens.

Asked about the state of gardens, AMC’s Director of Parks and Gardens Jignesh Patel said, “There are 287 gardens in the city and 10-15 more are being developed.” He, however, defended the use of garden space for facilities saying it was in people’s interest. The parks and gardens director did not feel that by doing so the green cover of the city has decreased. He said the AMC was developing urban forests also, which would provide clean air.