Get Growing with Mickey Rathbun: The after-dinner gardener 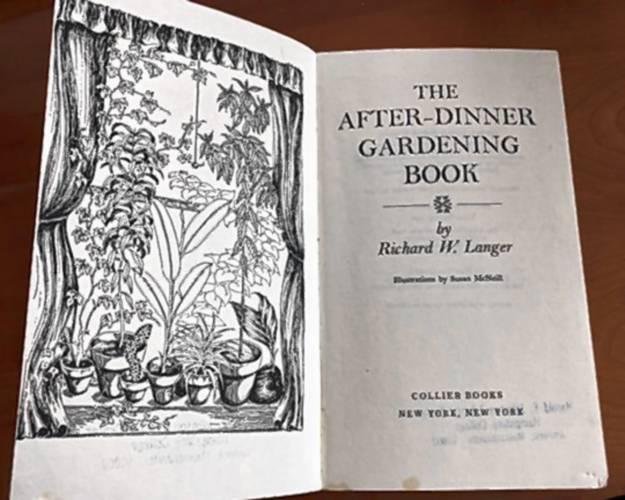 Get Growing with Mickey Rathbun: The after-dinner gardener

My dear friend Cercie Miller recently asked me what I could possibly write about gardening when there’s snow on the ground and the temperature is in the single digits. I admitted that I had already pretty much exhausted all the dead-of-winter topics in the five or so years I’ve been writing this column.

Half joking, she suggested that I write about “after-dinner gardening,” which involves growing plants from avocado pits, pineapple tops, lychee nuts and other tropical delicacies.

Cercie and I lived together for a couple of years in Cambridge back in the 1970s. She filled our apartment with the usual house plants everyone had back then — spider plants and Swedish ivy and Boston ferns. But Cercie also had an avocado tree that had been propagated from a pit. Back in the disco decade (when she was learning the jazz saxophone she’s now known for), she was the queen of the after-dinner garden.

I remember very well Cercie’s enthusiastic but rarely successful attempts at sprouting all kinds of seeds and pits. When she told me that she was growing a mango in the bathtub I was horrified, imagining her filling the tub with potting soil. It turned out she was only soaking it in water.

Cercie got her inspiration from a book called “The After-Dinner Gardener” by Richard W. Langer, the pen name of a young short-story writer who lived in a New York City apartment with his wife, Susan. (I’m curious to know who this was, but Google provides no clues. He went on to write a number of cookbooks, so maybe food got the better of his fiction career.)

“The After-Dinner Gardener” was published in 1969. (Langer was scooped in part by Hazel Perper, who published “The Avocado Pit Grower’s Indoor How-to Book” in 1965.) My mother had a copy, which sat on the bookshelf along with the “I Hate to Cook Book” by Peg Bracken, a 1960s bestseller. “The After-Dinner Gardener’s” chapters are charming essays on fruits and vegetables that can, at least theoretically, be grown from the seeds, pits and other plant parts that end up in the kitchen trash. These include such unlikely house plants as pomegranates, dates and sugar cane.

Langer’s gardening tools consisted of kitchen cutlery — forks for tilling the soil, spoons for digging, chopsticks for poking seed holes — and all sorts of discarded food containers, some of which are now obsolete. For instance, to partially block the drainage holes he poked in the bottoms of coffee cans, he used the metal tops from frozen orange juice cans (remember those?), slightly bent. To hold larger plants, he used pretzel cans, which these days seem to be only available online as novelty items.

With self-deprecating humor, Langer recounted his many failures and occasional successes. But in addition to detailed instructions for procuring, preparing and growing the plants, the book also describes the history of each food, including its botanical genesis, early propagation techniques and cultural provenance. 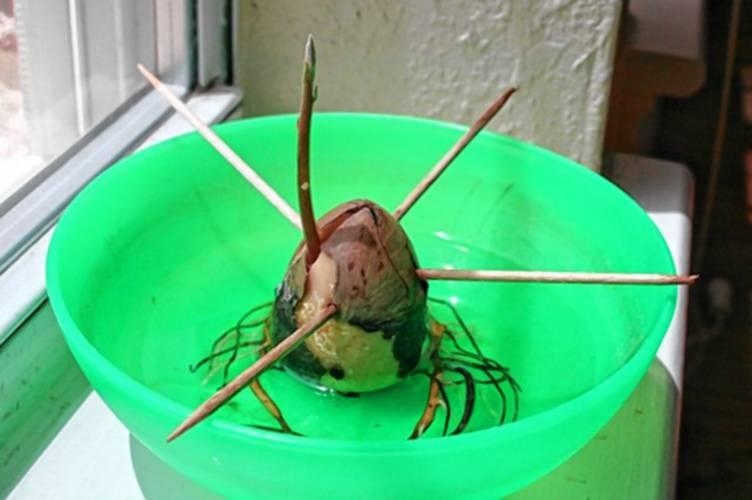 Langer spent a lot of time at the library of the New York Botanical Garden poring over such esoteric volumes as “A Dictionary of Plant-Names,” published in the Netherlands in 1916, the 1926 Proceedings of the West Virginia Academy of Science, and a bulletin from the Commonwealth Prickly Pear Board of Sydney, Australia. He even consulted with the appropriately named Dr. Ivan W. Buddenhagen at the College of Tropical Agriculture at the University of Hawaii. The results of his far-flung research are fascinating.

Consider the banana, for example. Most of us don’t think beyond the Chiquitas we find in the supermarket. According to Langer, the banana originated in southern Asia and was one of the earliest foods cultivated by humans, not only for its fruit but for the soft inner part of the tree, which is still a foodstuff in Ethopia. There are many edible bananas cultivated in other parts of the world with intriguing names such as the Plumed banana, the Eyeless banana and the Go-sai-heong, a Chinese name meaning “perfume that descends from the mountains.”

Compared to these more exotic fruits, he wrote, our grocery store bananas taste like paper pulp.

Langer tried hard, without success, to cull the seeds from bananas. (You can imagine how impossible it is to pick those tiny black spots out of the center of the fruit.) Eventually he resorted to buying banana seeds from one of only two companies that sold them back in the 1960s. Now they’re available from Amazon and many other online sources.

Another chapter of “The After-Dinner Gardener” is devoted to the many-seeded papaya. Who knew that papain, the enzyme that seeps out of papaya leaves, is dried and sold as a powder? It has dozens of commercial applications, culinary and otherwise. It’s found in meat tenderizer, chewing gum and beer. It’s used as a tooth-whitener in toothpaste, a freckle remover in skin creams and to relieve gastric distress. Leather workers use papain for tanning hides. It’s even used as a spot remover.

Langer learned that to start the papaya propagation process, the seeds must be dried. Accordingly, he spread hundreds of seeds on newspaper “in semi-permanent residence” in the tiny kitchen. Exasperated by the disarray, his wife suggested that they string the seeds as necklaces for dinner-party guests. “They could take them home and wear them around while they’re germinating,” she said. “You could call it ‘the living necklace.’”

As the book makes clear, Langer’s eagerness was often outstripped by his ignorance. His first attempt at growing a coconut involved soaking several store-bought coconuts in his bathtub, filled with salt water. His long-suffering wife eventually objected to this (“bathtubs are for people!” she said) and the experiment was aborted. But he was determined to succeed. Research revealed that the only way to sprout a coconut is to start with a large, mature coconut still in its husk. His father kindly brought him one from Florida and he was off and running.

Langer cheerfully admitted that the coconut palm, like most of the other plants he grew, will never flower, let alone produce fruit. But that’s not the point. The book is about the joy of turning the detritus of one’s meals into living green plants — in a New York apartment, no less.

Mickey Rathbun, an Amherst-based lawyer turned journalist, has written the “Get Growing” column since 2016.