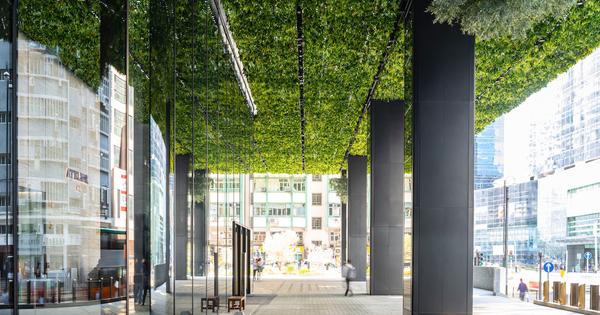 No longer an afterthought, vertical greening is now integrated as an essential part of property-development strategy. According to Edwin Chan, senior project director at New World Development (NWD), it’s a vital component in reducing a project’s carbon footprint and improving the overall wellbeing of not only the occupiers but also the broader community. “Property developers now use vertical greenery as part of their broader green-building strategy to contribute to our environment and community,” says Chan.

Combined with other green features, vertical and rooftop greening can help lower indoor temperature, purify indoor air, facilitate cooling flow-through breezes – particularly with green facades, where there’s a gap between the facade and the building wall – and reduce the need for the use of air-conditioning, which in turn can help reduce energy consumption and thus carbon emissions.

“It’s already evident that vertical greening has a cooling effect on buildings, especially in urban areas,” says Chan. “While the results may vary, depending on the microclimate of the location and the installation, the cooling effects are well proven.”

A case in points is The Forest, a shopping arcade beneath NWD’s Skypark residential redevelopment in Mongkok, which is being undertaken in cooperation with the Urban Renewal Authority (URA). In addition to smart building measures that optimise energy performance and recycle water, the shopping arcade is landscaped with plenty of greenery inside and out.

Planted with carefully chosen evergreens, The Forest provides an aesthetic focal point for the neighbourhood. As well as having an impressive green facade, the development boasts a landscaped rooftop terrace that gives the residents an unhindered view over the city. Unlike typical enclosed shopping malls, it has many openable, expansive windows that not only promote natural light within, but also help establish a visual connection to the neighbourhood outside.

“Not only that, but it’s a shopping arcade that breathes,” says Chan. Employing an innovative passive design, the building “breathes” with a natural ventilation system. A series of sensors open up the building for air and switch off air-conditioning when the outdoor temperature, relative humidity and pollution index fall within acceptable ranges. In between, the facade’s greenery helps purify the air flowing into and out of the shopping arcade. In fact, says Chan, The Forest is the first mall in Hong Kong that’s able to run without active air-conditioning.

The streets of Mongkok are lined with a mixture of old and new buildings, a densely built environment that limits air flow and causes heat-island effects. The building’s podium is therefore deliberately elevated, creating voids that allow air flow to penetrate into the streets nearby. And rather than overshadow the streets below, The Forest seeks to create a strong sense of place by integrating itself into the neighbourhood. The podium breaks down the mass of the facade into a human scale, dividing it into different blocks that provide more punctuation at street level. Chan says that the arcade’s street-front shops, while maintaining a high visibility, are sized in a respectful manner that harmonises with other street shops. 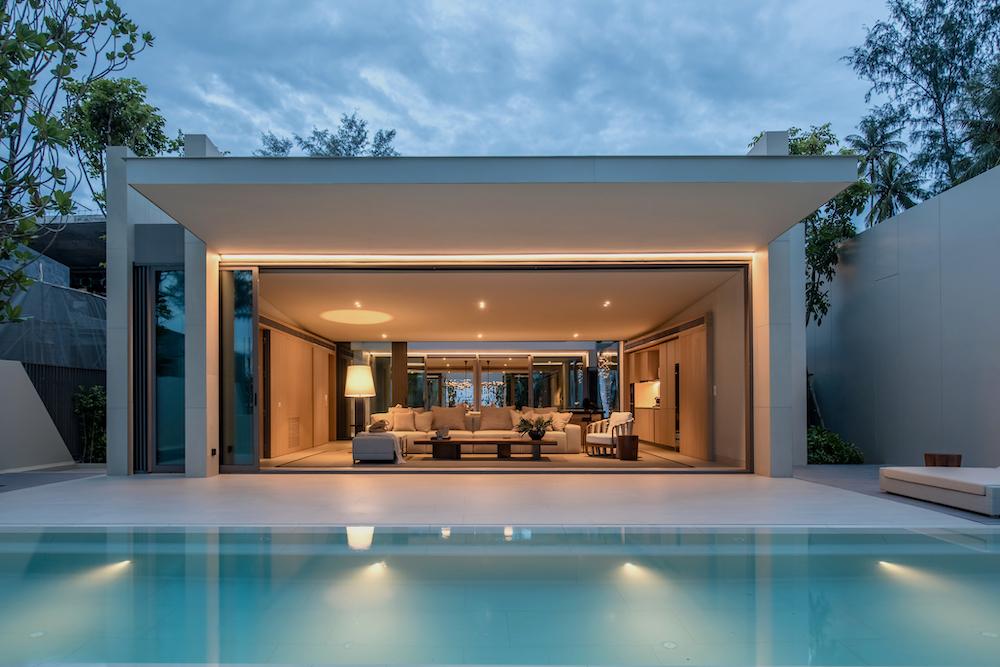 As the most distinctive feature of the building, the podium resembles a “floating green box” and is set back from the street to provide pleasing, inviting shading for pedestrians. The building envelope adopts a cubic recession and projection design to further introduce greenery and visually enrich the views of other buildings from their lower floors.

The rooftop has been transformed into a microclimate-controlled sky garden, including urban-farming planter boxes that enable the building’s occupants to enjoy and contribute to the surroundings. A 170-metre-long biophilic jogging path also encourages physical activity.

Hong Kong’s renewed sustainability plan to achieve net-zero carbon in 2050 has mentioned green building as one of the focus areas – in fact, buildings contribute to more than 90 percent of our city’s electricity consumption, says Ellie Tang, head of sustainability of NWD and K11.

To play its part, NWD established a company-wide Sustainability Vision 2030 (SV2030) three years ago as a bold step to further its commitment to decarbonisation. SV2030 covers all the group’s businesses, including the K11 portfolio, with an ambitious carbon emissions intensity target of a 50 percent reduction by 2030 against the baseline year of 2015.

“Beyond our property development and management strategies, we also extend our sustainability initiatives to our stakeholders, such as tenants, whom we invite as decarbonisation partners to join Hong Kong’s first sustainable tenancy pledge,” Tang explains. “Through this initiative, we make tenants aware of their energy consumption through free smart metering and encourage them to reduce it.

The goal is to achieve 100 percent renewable energy in our rental properties across the Greater Bay Area by 2026 and the Greater China by 2031. “We hope these efforts will add up to support the government’s net-zero carbon ambition. In addition to state-of-the-art sustainable-building hardware, encouraging energy-saving behaviour through incentives and awareness initiatives is very important.”

NWD was also one of the first companies in the region to align its long-term SV2030 to the UN Sustainable Development Goals (SDGs) and map its target achievement progress to SDG targets and indicators. Among these goals, it strives to deliver on SDG 3 (Good Health and Wellbeing), SDG 4(Quality Education) SDG 11 (Sustainable Cities and Communities and SDG 17 (Partnerships for the Goals).

Among the latter is the creation of urban farms, such as that in NWD’s new Pavilia Farm residential project, located in the Tai Wai district of Shatin. Developed in three phases, it incorporates an organic farming area as well as an aquaponic-plus-hydroponic system. To support the aquaponic system, the on-site hydroponics grow vegetables and treat wastewater, and it’s planned to produce fish pellets from food waste collected from residents and restaurant tenants.

“Urban farms provide an opportunity for all community members to grow food together and they’re also where children learn about how food is grown with their parents and grandparents,” says Chan. “They can make our communities more inclusive.”