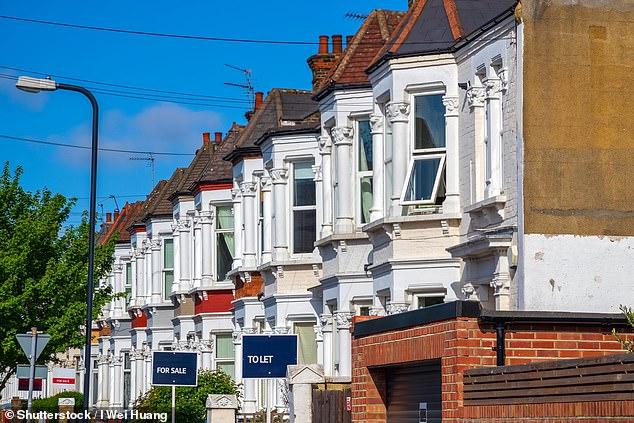 'You'll soon need double-glazing to get a mortgage': ADRIAN LOWERY says the need to green homes for net zero is on a collision course with middle-class period property obsessions

By Adrian Lowery for Thisismoney.co.uk

Britain has one of the oldest housing stocks in Europe. Many homeowners up and down the country have made a virtue out of this, particularly in the last three decades or so, retaining and lovingly restoring period features.

Nowhere perhaps is this more evident than in the question of windows. Replacing rotting timber-framed single-glazed windows with uPVC double-glazing seemed a no-brainer in the 1970s and 1980s, period property or not.

But as higher-earning families returned to Britain's often neglected urban streets in the 1990s a slightly fussier approach became fashionable. The new owners of Victorian and Edwardian, or if they were lucky Georgian, terraces and semis didn't want plastic or aluminium window frames.

They would either put up with the old rattling, flaking sash windows or, if they had a few spare quid, have them restored. Or at top whack, would commission a replacement timber set which could be made with double glazing.

No plastic here: But period obsessives will face substantial bills to keep their properties looking the way they do when EPC rules are tightened.

Oh to have been a timber sash window restorer-replacer in the 1990s and the 2000s. There's too much competition around now but back then it must have been great money. Money not for old rope, so much as windows on a rope.

In some areas now, homes with unsympathetic alterations stand out like a sore thumb. 'Shame about the windows,' is a familiar refrain from house-seekers appraising pricey Victorian terraces.

A period home that has the old timber windows in decent condition will often command a higher asking price than a similar one with dated uPVC or aluminium double-glazing. And one that has replacement timber double-glazed windows will be a chunk more expensive still.

This isn't all snobby aesthetics: a lot of the uPVC heavy sell was and is disingenuous. They are not necessarily easier to maintain or longer-lasting than timber windows. In fact the opposite is true of good quality - and well-painted - timber windows versus poor quality uPVC. 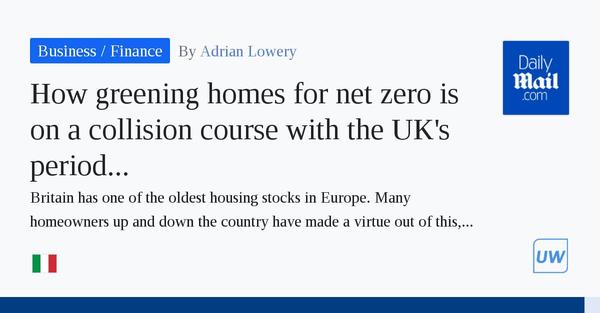 But uPVC, and increasingly aluminium, have come a long way. Quality and style are better, and costs have come down. All of which makes them increasingly attractive to the fussy homeowner faced with rotting windows and frames. And that's a good job.

Because fans of period authenticity might soon be facing huge bills to get their homes up to standard.

A period home that has the old timber windows in decent condition will often command a higher asking price than a similar one with dated uPVC or aluminium double-glazing - in some areas at least.

Landlords already have to get their building up to an energy performance certificate 'C'-rating by 2028 in the drive to net zero, and if Committee for Climate Change proposals are adopted that will later apply to owners.

Mortgage lenders, soon to take EPC ratings into account when making loan decisions, could eventually be blocked from lending against properties without an EPC of at least 'C'.Even before Cop 26 puts more momentum behind the Net Zero Strategy and greening of homes, I reckon this is coming sooner rather than later.

How to get that C rating is not set in stone as exact measures are not stipulated as 'must-haves' in the rating system. It could be for instance that solar panels might make up for single glazing, at least in a property that doesn't have many windows.

For some homes, it could be impossible.

The author's home with timber casement windows pictured on ground and first floors, plus a loft dormer window with uPVC double-glazing on the 2nd floor.

However it works, it seems to me the time is not far off when single glazing will have to be replaced if a home is to be mortgaged. Many homeowners won't have the money and that's where the question of grants – and the public finances - will rear its head.

And as for the snobby aesthetes, myself among them, they will face a tricky choice. Get over yourself and do it cheap and ugly; splash a huge amount of cash on 'authentic' timber replacements; or compromise with the latest uPVC ranges that replicate the timber look, or the fashionable dark aluminium styles.

Hopefully homeowners will be able to add whatever grant is made available towards the cost of whatever they choose - as long as it's A-rated or something. But you're looking at many thousands of pounds.

We have a terrace built c.1900 that has nine – to my mind – attractive timber casement windows. The house's tenth window, a uPVC double-glazed unit in the loft dormer that was put in c.20 years ago, is the only one that's shot-at. There's water swilling around in the glazing cavities.

'The house's tenth window, a uPVC double-glazed unit in the loft dormer that was put in c.20 years ago, is the only one that's shot-at.'

It's being replaced, frame and all, in December at a cost of £1,350, which is for a fancy 'heritage' line of A-rated uPVC double-glazing that will make it look a bit like the rest of the windows.

If we were to do this over the whole house that'd be about £12,500 in total I reckon. Some of the other windows are small, and there would hopefully be some economies of scale.

So more do-able than timber double-glazing which would be twice as much. But it's clear that a lot of homeowners will simply not be able to do that, with all the 'mortgage prisoner' repercussions that entails.

I've not found out which country has the oldest housing stock in Europe. I'd put some money on it being Italy, and you certainly don't see much uPVC in the old towns there. Then again, they have slightly better weather.

Some links in this article may be affiliate links. If you click on them we may earn a small commission. That helps us fund This Is Money, and keep it free to use. We do not write articles to promote products. We do not allow any commercial relationship to affect our editorial independence.

The comments below have not been moderated.

The views expressed in the contents above are those of our users and do not necessarily reflect the views of MailOnline.

We are no longer accepting comments on this article.