How WA farmworkers push for climate justice amid heat and wildfire 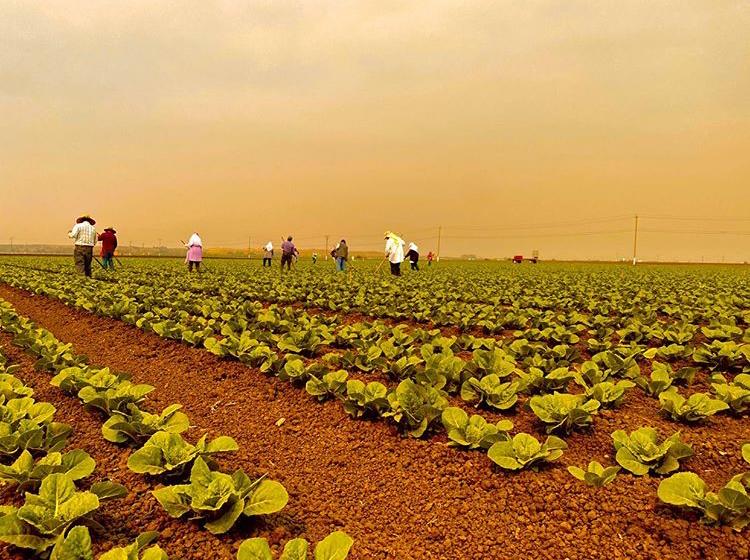 How WA farmworkers push for climate justice amid heat and wildfire

Over the next few days, temperatures crept into triple digits. In Oregon, emergency rules to protect farmworkers go into effect when the heat index reaches 90 degrees Fahrenheit. In California, additional rules are triggered at 95 degrees. But in Washington, second only to California in producing labor-intensive crops like apples, asparagus, hops and berries, the mercury has to hit 100 before employers are required to provide shade or guarantee rest breaks. In an industry notorious for not complying with labor standards and workers’ rights statutes, Ruddy, the UFW’s regional director for the Pacific Northwest, was skeptical that those rules would be enforced. So she and the others had organized a heat caravan: They would visit farms around Sunnyside to hand out water, Gatorade, KN95 masks and information on avoiding heat-related illnesses.

Before they left, everyone gathered around the truck. It was now 85 degrees, and the ice in a large blue bucket in the back of the pickup had already started to melt. Ruddy looked out at the anxious, excited crowd and read three names from a list.

“Ricardo Sotelo,” Ruddy said, naming a farmworker who died picking blueberries in Washington on June 30, 2015, in 107-degree heat. “Presente,” the crowd responded, their voices muffled by their face masks.

“Sebastian Francisco Perez,” she said, speaking more forcefully now, referring to a farmworker who died in Oregon on June 26, the day after his 38th birthday, while moving irrigation lines during the previous heat wave. “Presente,” the crowd called back, louder, angrier. 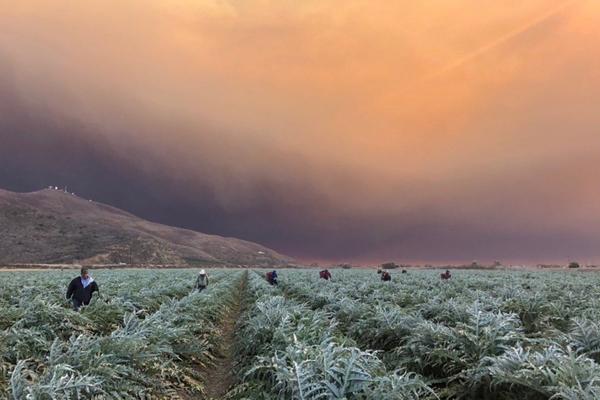 “Presente!” the crowd shouted, their calls reaching a crescendo.

Gueta Vargas, a married father of six, had died only two weeks earlier outside the nearby city of Toppenish under the kind of conditions climate scientists predict will become more common and extreme. He woke as usual around 3:30 a.m., made coffee with cinnamon, pocketed the fresh tortillas his wife had made him and drove to his job at Virgil Gamache Farms. He tended rows of hops, a crop notorious among farmworkers for being hard to work in high temperatures.

Hops are fast-growing leafy vines with pine cone-shaped buds, which contain a resin that gives beer its distinctive hazy citrus flavor. It’s a lucrative crop in the beer-obsessed Northwest; the Yakima Valley alone produces about three-quarters of the nation’s hops. But the plants also trap the sun’s warmth and humidity, raising the heat index by several degrees. There’s scant shade during the hottest part of the day, when the rows turn into sticky, humid tunnels of heat.

On July 29 — when almost all of Eastern Washington was under a National Weather Service heat advisory — Gueta Vargas collapsed toward the end of his shift and died. The official cause was atherosclerotic disease, or problems with his arteries, but the coroner noted that environmental conditions were a contributing factor; it was about 101 degrees when he died.