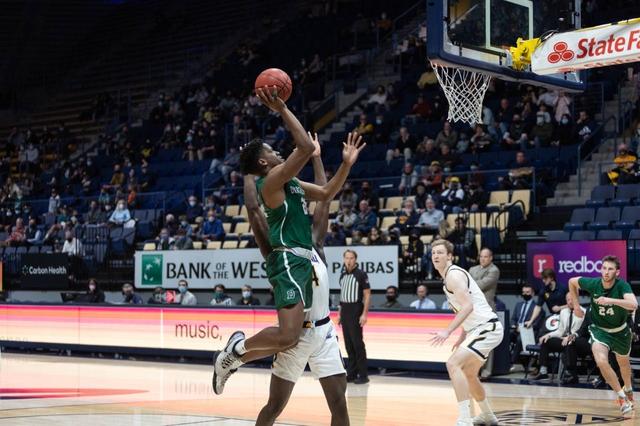 The Big Green continue to struggle to close out wins.

This Saturday, men’s basketball fell to the University of Pennsylvania 78-68. Coming off of a crucial win last weekend against Brown University that snapped an eight-game losing streak, the Big Green were looking for what would have been its second league win and fifth win overall this season. With a quick turnaround after a close loss, the Big Green then took on Harvard University on Monday at home, falling just short of the win 60-59. The team now sits in 7th in the Ivy League standings, with a record of 1-3 in League play and 4-11 overall this season.

Despite the end result against Penn, the Big Green came out of the gates ready to play on Saturday. Dartmouth was up 28-18 with seven minutes left in the first half, which was its biggest lead of the game. In the first half, Dartmouth went 6-13 — 46.15%— from behind the arc, relying on the three-point shot as it has all season long. The Big Green has used the three pointer as one of its greatest weapons, currently ranking 30th among all Division I teams in three point field goals per game, while Brendan Barry ’20 leads the Ivy League in threes per game with 3.5. In the second half, however, Dartmouth went 1-9 from behind the arc, allowing Penn to get back in the game and take the lead.

Throughout the game, Dartmouth relied on crucial shooting from Barry, the team’s leading scorer, who scored 16 points on Saturday and has averaged 14 per game this season. With the clock ticking down in the second half, the teams were neck-and-neck. Both teams held the lead four different times in the final half, each staying within five points of the other until the last five minutes when Penn extended their lead to the buzzer.

“We didn’t get many stops defensively in the second half,” Barry said. “Offensively, we turned the ball over too much. I felt like we played a bit selfishly and didn’t move the ball around enough.”

The Big Green was led by many of their typical players this season with Barry’s 16 points, forward Aaryn Rai ’21’s 11 points, and forward Dame Adelekun ’23’s 10 rebounds. However, 27 of the team’s points came from players off the bench. Forward Cam Krystkowiak ’23 led the bench with nine points, shooting a perfect 4-4 from the field, including a three pointer. Krystkowiak also had two offensive rebounds, an assist, a steal and just one turnover in only 13 minutes of playing time.

“It’s been a funky return since the break, since a couple of our starters had COVID and had to miss a game or two,” Krystkowiak said. “It got a bunch of the younger guys involved, which gave them more of an opportunity to have a bigger impact for the team. I think everybody’s mindset has been to just help as much as you can with as many minutes as you’re given.”

Helping Krystkowiak off the bench were guards Ryan Cornish ’25 and Izaiah Robinson ’24. Cornish, who led the team in scoring on his first career start last weekend against Brown, scored seven of the team’s bench points, while Robinson cashed in six. 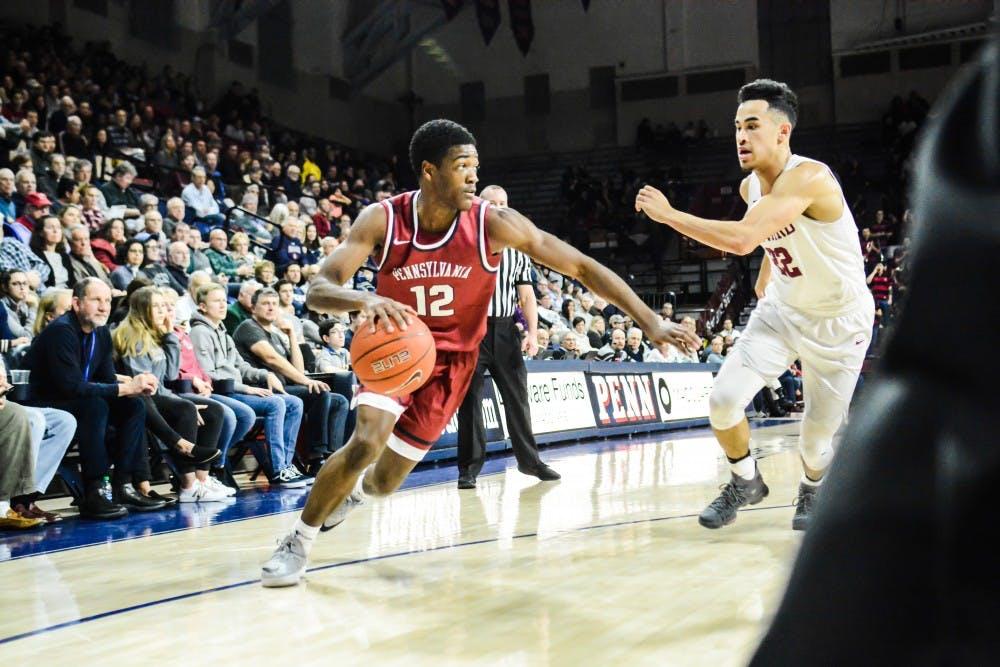 “Being one of the younger guys to get in the games just shows how much trust the coaches have in all of us to make an impact,” Robinson said. “Looking forward, it's all about taking advantage of the opportunities we get in games and practice to execute how the coaches want.”

Dartmouth’s team is young, with nine of the 20 players on the roster being sophomores or first-years who had never played in a college game — much less an Ivy League game — before this season.

“That’s big for us, having those guys come off the bench and give us really good minutes affecting the game in multiple ways,” Barry said. “Scoring how they did and getting defensive stops and offensive rebounds like Cam did — we need to have that type of depth playing League games back-to-back.”

Following the game against Penn, Dartmouth went against the 4th ranked team in the Ivy League, Harvard. Heading into the game, Dartmouth knew the team would have to stay composed against a strong Harvard defense.

“We’ve seen [Harvard’s defensive pressure] in spurts with Penn and Brown, but not to this level,” Barry said. “Harvard’s always been known for pressuring the ball, creating turnovers and making us take care of the ball.”

Against Harvard, Barry earned his 1,000th career point for Dartmouth, joining 30 other Dartmouth basketball alums in the club. After Harvard took the lead five minutes after tip-off, Dartmouth trailed the rest of the game. Ending the half down by eight, the Big Green were reluctant to let Harvard pull away. Dartmouth stayed within 12 points for the entirety of the second half. Down by seven with two and a half minutes remaining, the Big Green went on a run with four clutch free throws from Cornish and Adelekun followed by a big bucket from Adelekun to whittle the lead down to one.

A tactical foul by the Big Green sent Harvard’s Luka Sakota to the line with six seconds left on the clock. After Sakota missed his one free-throw attempt, Rai hauled in the rebound, carried the ball down the court and took Dartmouth’s final shot of the game. With the ball bouncing around the rim as the buzzer sounded, Rai was unable to find the bottom of the net and the game ended with a 60-59 Dartmouth loss.

Throughout the season, Dartmouth has struggled to close out their games. The team showed progress against Harvard, closing the gap in the last few minutes rather than allowing it to widen. After two critical losses, Dartmouth is now 1-3 in League play and sits 7th in the Ivy League. With only the top four teams making the Ivy League championship tournament, Dartmouth is looking to improve upon its start to League play over the next few weeks.

“We’re just trying to win games and put ourselves in a good position when the tournament comes around,” Krystkowiak said. “We’re ready to go.”

Over the next three games, Dartmouth will take on first-ranked Princeton, fifth-ranked Columbia and second-ranked Yale. With League play just getting started, 10 games left in the season and top-ranked opponents on the schedule, the Big Green have the opportunity to climb in the rankings and make the Ivy League tournament.