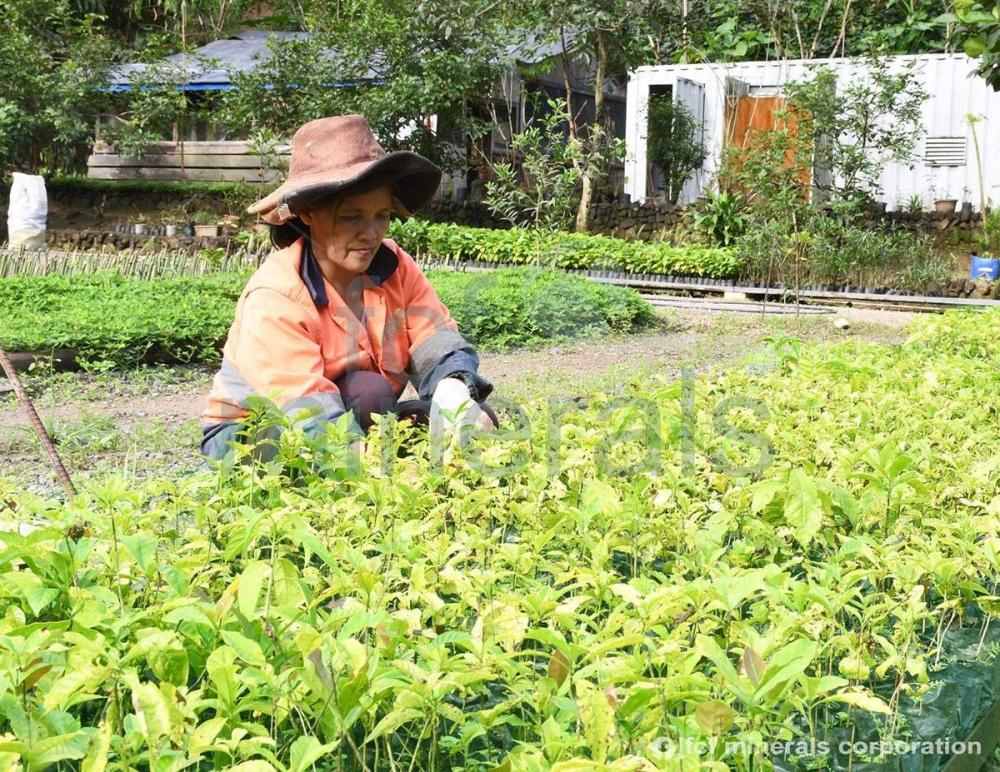 A BRITISH firm with operations in Nueva Vizcaya has made progress in its mining forest program (MFP) in line with the Philippine National Greening Program (NGP), establishing more than 2,140 hectares of plantations within and outside their area of operation in Quezon town.

In its progress report sent to The Manila Times, the FCF Minerals Corp. said its nursery operations made it possible to increase the area of their plantation through the establishment of its central and clonal nursery in Quezon town in the province.

James Carmichael, FCF Minerals Corp. country manager, said their clonal nursery has an area of 10,000 square meters that can cater to around 200,000 to 300,000 seedlings of different species.

"We can produce a large number of seedlings through the propagation of high-quality planting material source from seeds and wildlings," Carmichael said.

He said they have 1,600 square meters in their clonal nursery for their macro-somatic clonal propagation technology to clone forest tree species like guijo, yakal and bagtikan from the dipterocarpaceae family and other endemic that have seed-off year, difficulty in propagation and not available in a certain locality.

As part of its conservation measures, facilities constructed at the central nursery include elevated pot beds to increase the denseness of the root system, thus increasing the survival rate of seedlings once out-planted in the field.

Carmichael said they use a water misting system for water conservation, uniform coverage and gentle precipitation, thus eliminating mortality of germinants and transplants because of uncontrolled watering that can cause injury to the plant at the central nursery.

The nursery includes an orchidarium and butterfly garden where orchids being collected at tree-cutting areas were nurtured; and agroforestry farm model to showcase multiple uses of a certain area to include cultivation for trees, fruit trees, livestock, cash crops and hedgerows as components for protection and production purposes.

Another feature in the central nursery is the vermicomposting facility using the African nightcrawler to produce organic soil conditioner/fertilizer applied in seedlings planted on the rehabilitation and reforestation project sites.

The nursery also has a wildlife rescue center for temporary safekeeping of wildlife encountered during mine operations and forest protection patrol operations before they are turned over to the Department of Environment and Natural Resources (DENR) for proper custody.

To date, Carmichael said close to 4 million seedlings were already planted and donated under the various rehabilitation and reforestation programs of FCF within and outside Runruno village in Quezon town.

He said the company's MFP, pursuant to the DENR Administrative Order (DAO) 22-1989, also complies with the Mines and Geosciences Bureau requirement of establishing two hectares plantation for every hectare-disturbance on the ongoing mine operations.

He said 485.403 hectares were already planted under their MFP, making the company 103.67-percent compliant based on the total disturbed areas of 234.11 hectares to date.

Since 2007, FCF's Mine Environmental Protection and Enhancement office has been actively implementing the MFP under DAO 22 of 1989, formerly known as the "Adopt a Tree, Adopt a Mining Forest Movement," mandating mining companies to establish mining forest within their area of operation.

"With this, we continue to use biological engineering and approaches for rehabilitation of denuded, sparsely vegetated and mined-out areas, and protect the watershed areas to ensure adequate water supply to upland and downstream communities through rain forestation and assisted natural regeneration," Carmichael said.

He said they also adopt the bayanihan spirit or social voluntarism among communities, creating sustainable income generation through employment of the affected stakeholders as well as supporting research and development for innovations.

Carmichael noted that in compliance with the tree-cutting replacement under NGP that requires the planting of 100 seedlings for every tree cut during the mine operation activities, they have established to date a total of 1,654.875 hectares NGP plantation.

Owned 100 percent by the British Metals Exploration Plc, FCF operates the national government-sanctioned Runruno Gold-Molybdenum Project under an agreement with the government that has an initial validity of 25 years.

Located around 300 kilometers north of Manila, FCF expects to produce at its mine site an estimated 1.3 million ounces of gold for 10 years.