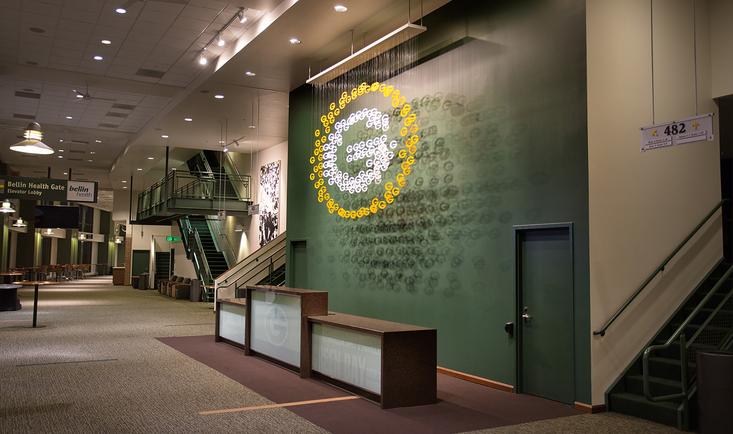 GREEN BAY – If you are opening a fine art gallery in Green Bay, what better way to start than with a show connected to Brett Favre?

Dg Clearing opened his namesake "Dg Clearing, a fine art gallery"at 1270 Main St. on Tuesday with 23 paintings that were commissioned by the Pro Football Hall of Fame and former Green Bay Packers quarterback.

Clearing acquired the paintings, including a series commemorating Favre's (at the time) NFL record 421 touchdown passes, through a third-party seller. The series consists of portraits of the receivers who caught each 50th pass, such as Robert Brooks at 50, Edgar Bennett at 100, Antonio Freeman at 150 and so on. The pieces are 48 inches by 36 inches.

The artist was painter James Hartel. He's done commissions for the likes of Ariana Grande, Reggie White, Fleetwood Mac and others.

"I think for sports fans and for art fans, James Hartel is a pretty well-known portrait artist. The Racine Art Museum just did a purchase of one of his pieces," Clearing said.

The paintings were displayed in the private dining room at the now-gone Brett Favre's Steakhouse near Lambeau Field.

A native of Seymour who now lives in Menasha, Clearing is both an artist and poet. He attended the University of Wisconsin and University of Minnesota, and in the 1980s and 1990s was known for his large-scale photographs that were exhibited with the works of Andy Warhol, George Morrison, Peter Dean, and others.

His family was from Door County originally and he operated a gallery there called Settlement Images about 20 years ago. His work was shown at the Trout Museum of Art in Appleton, among other venues.

Clearing chose his Main Street location because it's in an area that is slowly becoming an arts district. Not far away are the Art Garage and the Northeastern Wisconsin Technical College Artisan and Business Center. 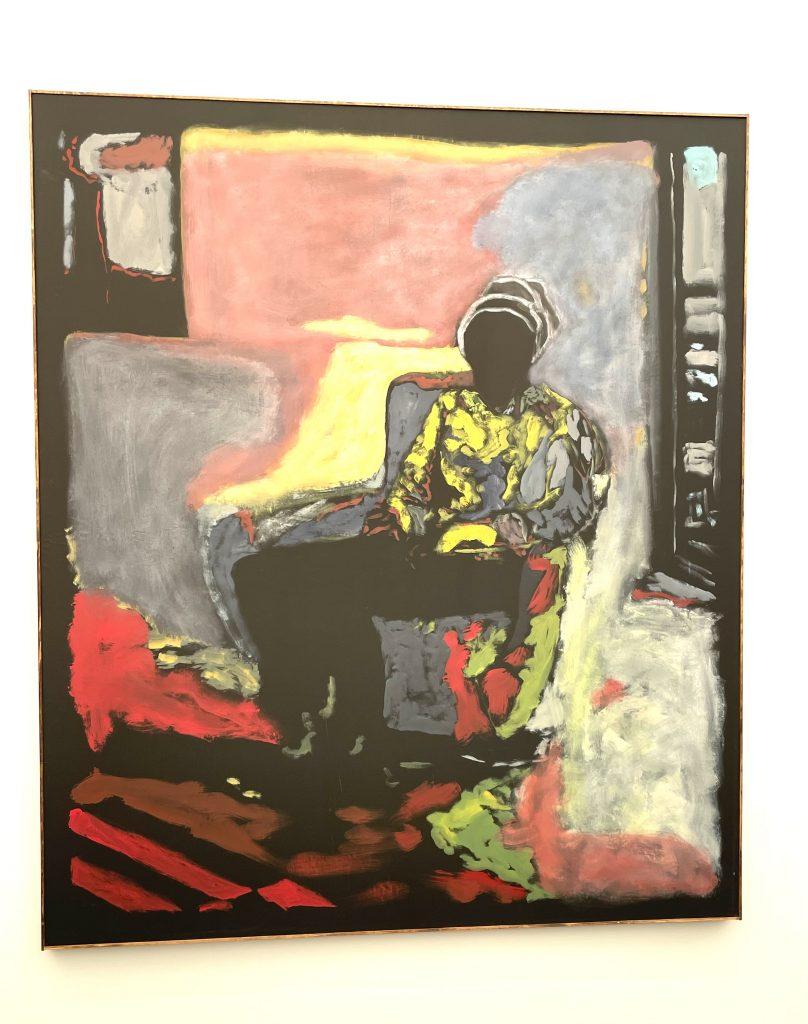 RELATED:From Super Bowl I to LVI, these 14 Wisconsin pizzerias have been open for them all

"Arts really help to give stability to an area," he said. "It's exciting. I look forward to when the gallery walks start in the summer."

In addition to the 421 series, Clearing has a painting commemorating Favre passing for 3,000 yards, and more on other career highlights, including one based on the iconic photo of Favre celebrating victory by holding his helmet above him as he runs across the field.

There also are about a dozen paintings produced by students when Brett and Deanna Favre asked them to paint the number 4, which was Favre's uniform number.

"For young artists, that was pretty exciting, being displayed in the restaurant," he said.

Clearing would prefer to sell the 421 series as a group, but he'll take bids on individual items.

"As a group, it is history. Once it’s broken up, they would never come back together," he said.

The largest painting, also by Hartel, is "Retro Favre," showing the quarterback in a throwback uniform with the 1919 Packers in the background. It's 122 inches by 80 inches. The student pieces range from 18 inches by 22 inches to 28 inches by 34 inches.

Clearing declined to disclose the selling price for the paintings. He said prices are available to prospective buyers by request.

He expects to have three or four shows a year highlighting different artists or themes.